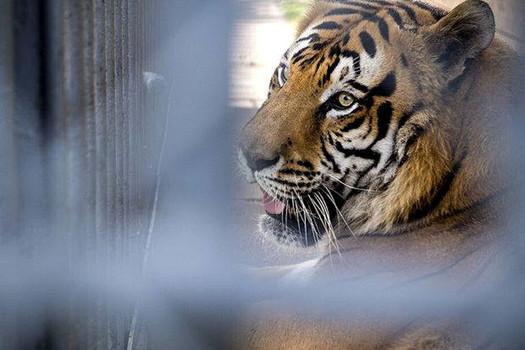 As reported by the Animal Legal Defense Fund (ADLF), on June 20, 2014, a devastating turn of events occurred in the case of Tony the truck stop tiger. Advocates’ hopes that he was going to finally be allowed to go to a sanctuary were dashed. Previous articles about Tony’s situation have been published here, and you can find links to those at the end of this article.

Tony is a beautiful Siberian/Bengal tiger who has spent the last 14 years living in a small enclosure at the Tiger Truck Stop in Grosse Tate, La. Years of petitions and legal battles have been waged in an attempt to allow Tony to be sent to a sanctuary, where he can finally live in peace, far away from the incessant drone of diesel engines, the taunting by humans, and the stench of the fumes from the…

reblogged from Audublog Help us avoid a disaster for birds in the Klamath.

Help us avoid a disaster for birds in the Klamath

Lack of water in the Lower Klamath National Wildlife Refuge has resulted in dangerous overcrowding at nearby Tule Lake, where thousands of vulnerable birds have already died from disease. What makes this situation even worse is the fact that it is totally avoidable. Our reports tell us that there is water available for the refuges — we just have to put pressure on the Bureau of Reclamation to release it. That’s where you come in. Take a moment to send an email right now to the Secretary of the Interior demanding help for migratory birds. With enough voices, we can make this happen. Send your email today.

This is a video from Limburg province in the Netherlands, about wild boar piglets which had landed in a canal.

Firefighters then saved them from drowning.

However, as soon as the animals were back on dry land, a gamekeeper killed them.

People in Limburg have started an Internet petition, demanding that the gamekeeper’s licence to hunt is canceled.

The petition (in English) is here.

About half the nation’s streams are polluted by pesticides at a level of concern for aquatic life.

FRISCO — A huge number of rivers and streams around the country are still polluted with pesticides that can kill bugs and other aquatic organisms at the base of the food chain.

Streams in agricultural areas are polluted at about the same level as they were 1990s, but pesticide pollution is increasing in urban streams, according to a U.S. Geological Survey study spanning about 20 years. 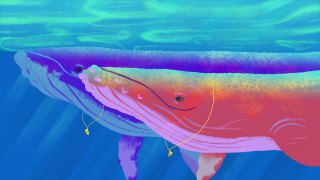 36 bits of good news to cure your ocean blues.