A Hindu temple in Nepal has banned the sacrifice of animals as offerings at the traditional Gadhimai festival.

Taking place every five years for two and a half centuries at the Gadhimai Temple in Nepal, the festival brings in thousands of pilgrims that slaughter animals in hopes it will bring them well-being and prosperity. This year, however, the temple has put a stop to the needless killing.

“For generations, pilgrims have sacrificed animals to the Goddess Gadhimai, in the hope of a better life,” said Ram Chandra Shah, chairman of the Gadhimai Temple Trust. “The time has come to replace killing and violence with peaceful worship and celebration.”

In 2009, approximately 500,000 buffalos, goats, chickens and other animals were sacrificed for the festival.

The temple stated is was “motivated” by animal rights advocates who made their disagreement with the practice very clear to them.

Having issues with Google since last update!!  Its been shutting me out, I have not been able to get to my mail,  when I  try a pop up comes up saying… Unknown Issue with Google Play services! Today I finally got in touch with Google,  but it keeps shutting down, plus our neighborhood is having electricity problems, they’re digging up the street! 😕 I would like to apologize to my followers and to all of you who left comments, I will try to get to you as soon as possible…Hugs  💗

John Houser, the man who killed two people and injured nine in Lafayette, Louisiana, last week, before turning the gun on himself, abused animals in the past, a woman revealed to The New York Daily News.

Bonnie Barbier is speaking out about a harrowing encounter with Houser just five days before the tragic theater shooting in which Houser approached her at a Lafayette bar and began petting her two dogs.

He told Barbier that sick animals should not be humanely euthanized, but killed with an ax, and regaled her with a story of how he killed his sick cat with a steel pipe. “It was a very scary moment,” Barbier told the Daily News. “He was kind of acting it out. He clenched his fist and shook his body. He was almost in tears telling this story. It was twisted.” Dead Dolphins In Fukushima Stranding Found With White Radiated Lungs Japanese scientists are dumbfounded by the discovery by: Neon Nettle  |@NeonNettle 17th July 2015 Japanese scientists are dumbfounded by the new discovery after conducting an autopsy on a large group of dolphins that where discovered washed up on a beach close to the Fukushima disaster site.

Each dolphins lungs were white, which is according to scientists, an indication of loss of blood to the organs – a symptom of radiation poisoning.

Google Translate: Ibaraki Prefecture… for a large amount of dolphin which was launched on the shore… the National Science Museum… investigated… researchers rushed from national museums and university laboratory, about 30 people were the anatomy of the 17 animals in the field. [According to Yuko Tajima] who led the investigation.

This is an urgent update to the previous post concerning Wednesday’s vote on an amendment to the fox-hunting act.

Please sign the following petition to Nicola Sturgeon leader of the Scottish National Party SNP. Their vote is crucial to help stop the Tories winning the vote. If the SNP do not vote there is a strong risk that hunting foxes will return to the UK after decades of campaigning to end this brutality.

URGENT: Ask SNP to vote against fox hunting next week!

“The UK Government has just announced that MPs will vote NEXT WEEK on whether to relax the ban on hunting wild mammals with dogs in England and Wales – that is, whether to decriminalise fox hunting.

Fox hunting is a cruel bloodsport where poor foxes are chased down with dogs and often torn apart alive before being shot by huntsmen. Foxes control their own numbers and do…

from the Trails for Richmond Action Committee (TRAC)
The Metropolitan Transportation Commission (MTC) and Association of Bay Governments are requesting comments on their proposal to add Bay Area Toll Authority’s Richmond/San Rafael (RSR) Bridge Access Improvement Project to Plan Bay Area with funding from toll bridge revenues. This project includes a critical section of the Point Molate Bay Trail, as well as a two-way, barrier-separated bicyclist and pedestrian Bay Trail on the top deck of the bridge.
The City of Richmond and East Bay Regional Park District are partnering to design and build 2.5 miles of Bay Trail north of the RSR bridge to access Point Molate Beach Park and the entire shoreline of former Point Molate Naval Fuel Depot. However, the I-580 corridor blocks pedestrian access to the northern side of I-580, and bicycle access is possible only by riding on the shoulders…

As Pacific Ocean temperatures continue to warm and trade winds shift, federal scientists now say that the El Niño weather event that’s emerging could be one of the strongest on record.

With California desperate for relief from its punishing four-year drought, the trend is significantly increasing the chances that storms will drench the state this winter, according to a new report released by federal scientists Thursday. And scientists say the conditions are lining up in ways not seen since the winter of 1997-98, when downpours filled reservoirs and sent rivers raging during the last major El Niño.

The chances are now “greater than 90 percent” that El Niño conditions that began in March will remain through this winter, according to the monthly El Niño report from the National Oceanic and Atmospheric Administration.

July 9th, 2015 (Kristin Thorne). BABYLON (WABC) — Experts are investigating the death of a 12-foot minke (MIHNK’-ee) whale found on a Long Island beach, the sixth to wash up in just the past few months.

This July 11, 2014 aerial photo shows the Barnegat Lighthouse in Barnegat Light, N.J., part of Long Beach Island. A seismic testing that blasted the ocean floor off Long Beach Island with sound waves to study climate change was completed on July 6, 2015. The research was bitterly opposed by environmentalists and fishing groups who say it can harm marine life including dolphins, whales and turtles. | Wayne Parry AP Photo

July 9th, 2015. BARNEGAT LIGHT, N.J. Seismic testing that involved blasting the ocean floor off the New Jersey shore with sound waves has been completed, and fishing groups have stopped seeking a court order to halt it.

Five fishing groups had sued to stop the research, led by Rutgers University and involving the National Science Foundation, and the University of Texas, claiming it disturbs and possibly harms marine life including dolphins, whales, turtles and many fish species. 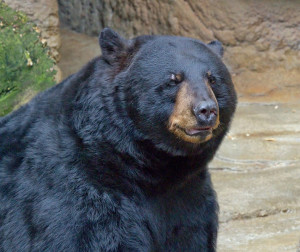 Save Bobcats from Being Slaughtered for Their Fur. 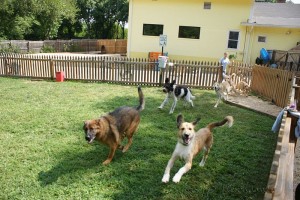 A local dog care center allegedly mishandled a pet and lied about its death. They claimed that the dog had died, only for it to be found by its owners in a different facility with several injuries. Sign this petition to see that the center is investigated to avoid such incidences in future.

via Investigate Dog Daycare That Allegedly Lied About a Dog’s Death.

Undercover footage of a farm in Delaware that raises chickens for Tyson shows alleged abuse and neglect. Demand that Tyson end its contract with the farm to show that it will not tolerate such abuse.

via Stop Alleged Mistreatment of Tyson Chickens at Farm.

Giraffes are quickly disappearing in the wild as a result of being  illegally hunted by humans, if more is not done to protect them, these beautiful animals may soon cease to exist. Encourage  officials to implement patrols in national parks to better protect giraffes and help save them from extinction.

Save Beautiful and Majestic Giraffes from Poachers.

A 100-kg green sea turtle found tied in the trunk of a car in Limón on July 3, 2015. (Courtesy Public Security Ministry)

July 7th, 2015 (Zach Dyer). When police stopped a car in the city of Limón Friday evening they were looking for guns or drugs. What they found was a 100-kilogram green sea turtle, according to a statement from the Public Security Ministry.

Green sea turtles (Chelonia mydas) are listed as endangered by the International Union for Conservation of Nature and Natural Resources.

Urge officials to close down the beaches  to protect humans and allow the Sharks to swim in peace until conditions are back to normal and the Sharks are further from the shore.

Two bucks were reportedly held captive for a year inside a man’s home. Please urge the Natural Resources Director to stop at nothing to make sure the selfish man is punished for the abuse of wildlife and given the maximum punishment possible.

via Justice for Deer Allegedly Held Captive Inside Home.

How many times do we have to inform the authorities and police that animal abusers usually turn into child abusers and human killers ?

UPDATE: After investigating this case deeper and receiving a response from the INTERPOL we found out that the woman from the video is Dorma Ridon.

The same person from the blow torch video.

Dorma and her husband Vincente were locked up in June 2012 and will remain there as they were sentenced to life in prison for the child abuse, animal cruelty and others.

A horrifying case of animal cruelty and abuse has surfaced on the internet as a video of a woman mistreating an tied up dog was posted on the social media.

In the video, a woman can be seen using a saw to slowly…

Under a law that went into effect July 1, anyone in Tennessee who breaks into a car to save an animal will be free of civil liability.

House Bill 537 is thought to be the first of its kind in the country.

The move has been cheered by animal advocates.

“The ASPCA strongly supports states giving law enforcement and Good Samaritans the ability to intervene to protect animals suffering in hot cars,” said Chloë Waterman, the ASPCA’s senior manager of state legislative strategy, in an email to The Huffington Post.

Mike Franklin, chief of staff of the Nashville Fire Department, explained the parameters of the new law to a local ABC affiliate.

“If you act reasonably, as any reasonable person would respond…