A child’s development can often be accelerated by daily interactions with the family pet. Their young minds grow a great deal through their social and emotional bonds. Instead of providing scientific facts to backup this theory, here are 22 photos that without a doubt prove that it’s true.

Source: The Official Website of the Boston Police Department

“As time slips through our fingers like grains of beach sand we are quickly brought around to yet another “Feel Good Sunday” installation.

Today, I would like to share with you a favorite of mine; a picture that speaks a thousand words. Being married to someone, and friends with others, who share their lives though the lens of a camera this particular story makes my eyes leak and tends to push me towards being a tad sappy, today. But that is why we are all here; for the love of our equines be they domestic or wild.

If your eyes begin to blur and a tear runs down your cheek don’t panic if a family member notices your moment of introspection…it’s okay to have a heart, to feel and to love and today’s story shows that quite clearly in a simple…

Regulations on pesticides have failed to prevent poisoning of almost all habitats, international team of scientists concludes 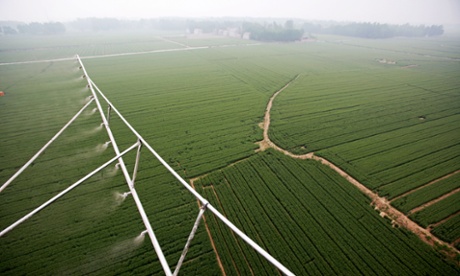 The world’s most widely used insecticides have contaminated the environment across the planet so pervasively that global food production is at risk, according to a comprehensive scientific assessment of the chemicals’ impacts.

The researchers compare their impact with that reported in Silent Spring, the landmark 1962 book by Rachel Carson that revealed the decimation of birds and insects by the blanket use of DDT and other pesticides and led to the modern environmental movement.

The risks of environmental crime to nature are well known. Greed for profits that can exceed $10-20bn a year according to Interpol” are a menace to species as elephants, rhinos and tigers, for example. The seriousness of these crimes against wildlife, as well as the connections of environmental crimes with terrorism and, as exposed by the Department of States this week, human trafficking, justify all the concerns about them.

One of the best ways to combat environmental crimes is to help the authorities. However, few people know that it is possible to do so

Warning: Some of the external links include images that many people may find upsetting.

The Scottish poet Robert Burns, who was passionate about freedom and respect for humankind, wrote, “Man’s Inhumanity to Man, makes countless thousands mourn”

Equally man’s inhumanity to the other animals with whom we share this world makes countless thousands mourn. Moreover the horrendous barbarity and abuse towards our fellow creatures never ceases to shock me and no doubt thousands of others as the internet exposes atrocities so appalling that our minds sometimes fail to believe what we are reading or seeing.

Did you know that in a town called Yulin in China, 10,000 to 15000 dogs are slaughtered every June as part of a summer solstice “festival?”

That’s right 15,000 dogs are slaughtered to celebrate the summer Solstice each year in this Chinese city. Residents of Yulin in Guangxi province consider the festival an ancient summer…

“BEND, ORE. — Three years into a state program to help counties contending with wolves, the focus has been on preventing attacks on livestock.

“I think the program was set up with the intention that prevention is the preferred model,” said Jason Barber, who oversees the grant program for the Oregon Department of Agriculture. “. Kind of a no-brainer, you’d want to prevent the depredation if you can.”

Depredation is when wolves attack livestock, such as cattle or sheep. Money from the wolf grant program helps pay for efforts such as removing cattle bones that could attract wolves, installing flagging along fence lines to spook wolves, and patrolling rangeland by horseback or on ATVs.

State-sponsored hunts helped lead to the elimination of wolves in Oregon, with the last bounty paid out in the late 1940s. But since the late 2000s, wolves…

Ever since the Oscar-winning 2009 documentary The Cove horrified international audiences with blood-drenched images of the annual massacre of dolphins in the Japanese town of Taiji, animal-welfare advocates, celebrities, and even a high-profile U.S. diplomat have raised their voices in protest. Yet the killing continues. A recently filed lawsuit may ensure that opponents of the hunt, and the dolphins, will have their day in court.

Earlier this month, Australia for Dolphins, Earth Island Institute’s Dolphin Project, and Save Japan Dolphins “initiated legal proceedings on behalf of dolphins caught in the bloody drive hunts in Taiji,” a joint statement from the three groups said. The main focus of the unprecedented lawsuit is a rare albino bottlenose dolphin calf named Angel, who, according to the statement, is “kept in appallingly inadequate conditions.”

Estimates of the overall financial damage of plastics debris in the world’s oceans causing harm to marine ecosystems stands at $13 billion USD each year.

In the polar regions, scientists have recently found tiny pieces of plastic trapped in sea ice. Transported by ocean currents across great distances, these contaminated particles eventually become a source of chemicals in our food.

A large and unquantifiable amount of plastic waste enters the ocean from littering, poorly managed landfills, tourist activities and fisheries. Some of this material sinks to the ocean floor, while some floats and can travel over great distances on ocean currents—polluting shorelines and accumulating in massive mid-ocean gyres.

Communities of microbes have been discovered thriving on microplastics at multiple locations in the North Atlantic. This “plastisphere” can facilitate the transport of harmful microbes, pathogens and algal species. Microplastics have also been identified as a threat to larger organisms, such…

Neonicotinoid pesticides are causing significant damage to a wide range of beneficial species and are a key factor in the decline of bees, say scientists.

Researchers, who have carried out a four-year review of the literature, say the evidence of damage is now “conclusive”.

The scientists say the threat to nature is the same as that once posed by the notorious chemical DDT.

Manufacturers say the pesticides are not harming bees or other species.

Neonicotinoids were introduced in the early 1990s as a replacement for older, more damaging chemicals. They are a systemic insecticide, meaning that they are absorbed into every cell in a plant, making all parts poisonous to pests.

But some scientists have been concerned about their impact, almost since the moment they were introduced.

Much of the worry has surrounded their effects on bees.

There’s been a well documented, global… 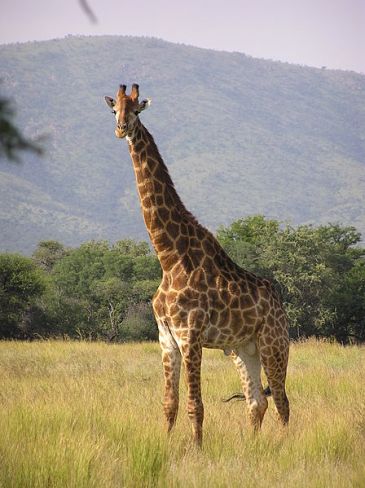 A few days ago, World Giraffe Day was celebrated. Unfortunately for giraffes, things are not looking good: Their population has plummeted from a 120,000 to a staggering 80,000 individuals between 1998 and 2012. Two giraffe subspecies are endangered.

How could this happen? The South African reports that giraffes “[are] being threatened by a number of human activities, including poaching, disease, habitat loss, war, and conflict with humans over scarce resources.”  Theo Way Nana, conservation management trainee for African Wildlife Foundation, says that “[t]he West African giraffe lives only in Niger, mainly on community lands and farms. This coexistence with humans has led to reduced and degraded habitat for giraffe, as well as incidents of human–giraffe conflict.”

While giraffes are dying out in the wild, others are being born — or killed — in zoos. On…

The firefighter who risked his life to save a woman’s frightened cat..

There has been much discussed lately about Michael Vick and his recent endorsement deal re-signing by Nike, who dropped him after he was charged with association of dogfighting crimes, and Subway, who sponsored an award for “Sportsman of the Year” for BET, which Vick won. Sharing my home with a dog, Preston, who was a victim of a dogfighting environment, I feel compelled to speak about this. What I have found most disturbing is the amount of people who claim he has paid his debt to society and deserves…”a second chance.” The thing that these people are forgetting is, he did get a second chance when he was given his freedom back…and early I must add. Michael Vick was given a 23 month prison sentence for violating the Federal crime of conspiring to travel in interstate commerce in an unlawful act, which to me is the equivalent of tax evasion, but only served 19 months…

CPR has saved countless human lives. But did you know CPR can also save animal lives? Watch as this dog comes back from the brink of death, thanks to the timely CPR given by this man. He is a HERO!

This is why everyone should be trained in CPR.

The Asian dog and cat meat trade is a several billion dollar industry that exists across countries including China, South Korea, Vietnam, Indonesia and the Philippines.

In China 10 to 15 million dogs are eaten annually – some figures say 50,000 per day, while in South Korea, over 2.5 million are consumed each year.

While some of these countries have histories of dog eating, others only did so during times of famine, such as South Korea, which once considered eating dog shameful.

Thanks to a strong network of greedy restaurateurs, meat dealers and butchers who have convinced the public that eating dog and cat meat is healthful and ‘fashionable’, the trade is now a thriving, highly profitable industry.

Countries that rely heavily on Western tourism, including Indonesia, Vietnam, Laos and Thailand, often try to deny that the trade exists within their borders.

South Korea is more open and unapologetic about…

Blind kitten left for dead on the streets for weeks in agony and no one to help!!

target: To the mayor of Favignana Island, Lucio Antinoro

I arrived on the 6th of June to Favignana Island’s main port. We were walking to find a taxi when I heard a young kitten crying out after been kicked by a taxi driver who then jumped in his taxi and nearly reversed over it. I ran over and quickly realised the kitten who was only 3/4 weeks old had such a horrific eye infection it could not see and so bad her eyes were not visible. The kitten was blinded by the infection and was crying out for its mom…