A plea to restore populations of some of the world’s most dangerous animals has been made by scientists who claim the loss of large carnivores is damaging ecosystems.

More than three-quarters of the 31 species of large land predators, such as lions and wolves, are in decline, according to a new study. Of these, 17 species are now restricted to less than half the territory they once occupied.

Large carnivores have already been exterminated in many developed regions, including…

Blogging about Nature:  Introducing Garry Rogers on the League of Bloggers for a Better World

My blog posts are about nature, about wildlife and its habitat (posts). They are expressions of my concerns for natural conditions and events.

During the past year, 2015, lethal heat waves and storms, decline of the great iconic species of elephants, lions, and rhinos, whittling away of the tropical rain forests, and massive clouds of air and water pollution made it clear that humanity is changing the Earth.

More than just the great species, we are eliminating many other species hundreds or perhaps thousands of times more quickly than ever achieved by meteorites, volcanic eruptions, or natural climate change.

Total extinction of a species usually happens after decades of decline.  In 2014, the World Wildlife Fund and other organizations carried out an exhaustive analysis of more than 10,000 wildlife studies (

BILLINGS, Mont. (AP) ? Wildlife officials have divvied up how many grizzly bears can be killed by hunters in the Yellowstone region of Wyoming, Montana and Idaho as the states seek control of a species shielded from hunting for the past 40 years, according to documents obtained by The Associated Press.

The region’s grizzlies have federal protections, but that could change in coming months, turning control over to the states. The AP obtained a draft agreement detailing the states’ plans for the animals.

The deal puts no limits on grizzly bear hunting outside a 19,300-square-mile management zone centered on Yellowstone National Park. Inside the zone, which includes wilderness and forest lands near the park, hunters in Wyoming would get a 58 percent share of the harvest, a…

Get an electric water dish for the birds (and other animals).  Lack of water is what kills most birds over the winter.  They need to bathe and clean their feathers, even in cold weather or they won’t make it.

Feral cats need shelter.  They need food and water as well but they need a dry place to stay/sleep.  If you can’t build a box big enough to protect them (they need to get out in case a predator comes at them so don’t use an igloo or anything hard that has only one small opening) get a plastic (like Rubber made) huge tub and lay it on it’s side.  Put the lid under it to protect it from the snow/cement or whatever.  Put a warm cat bed inside but do NOT let it get wet or the cat will get sick.  If possible buy an electric pad…

I wanted to share this information for any of you moms, dads, and care takers of sweet souls in animal bodies that have special needs like Cosmo who can no longer pull himself into a litter box to pee, or who are simply incontinent.

I can’t believe it took this long to discover this little, but very helpful trick, but I’m grateful I have now and for the process of learning that Cosmo and I have gone through, which has been a growth and bonding experience.

After nearly a year of him having a permanent home with us and in my heart, I have stumbled upon a fantastic remedy for urination in any place other than a litter box or designated area that would otherwise be a challenge.

So, I’ll rewind first before sharing the new found solution.

Originally posted on Lentils of the World Rise Up:
Being vegan, I get asked a lot; how easy do you find it? Honestly, finding products that do not contain animal products is a hell of a lot easier than finding… 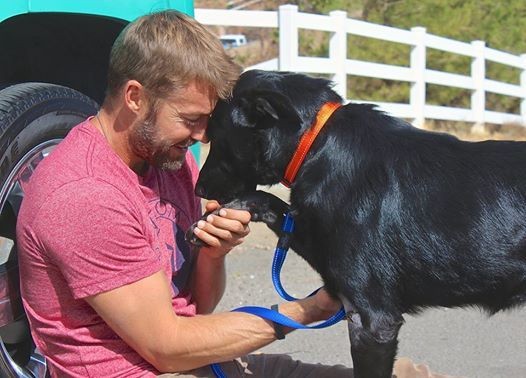 Every time Zach Skow looked in the mirror, he saw a dead man.

His skin was a ghoulish glint of yellow. His body had crumpled into itself, gaunt and haggard.

And his eyes? Well, it was best not to stare too long into those pools of despair.

“Your eyes are grey and bright yellow,” Skow told The Dodo. “There is this death just lingering behind the surface of your eyes. It was a tough thing to look at.”

“I stared at myself in the mirror going, ‘Oh my God, your soul is fucking gone.'”

But the mirror revealed something else. Just behind him, nipping at the mirror’s edge, was a Labrador mix named Tug wagging his tail at Skow’s hollowed reflection. Tug was one of three dogs Skow rescued from shelters in Southern California.

Somehow, this man, whose organs were failing after years of abuse…

As you can see from the photos; things have definitely got colder now.

The shelter is down to its last week of gas to keep the cats warm.

We very recently did a post to ask for people to try and give so that a new tank of gas can be purchased – here is the link:

Please give anything that you can – things are now colder and the cats need to be kept warm; especially as some of them are old and frail.

Direct donations if you do not want to see the post mentioned above:

Over the past three decades, the number of cats diagnosed with hyperthyroidism has increased. According to research reports, many factors such as exposure to flame retardants could be responsible, and now a new study points in another direction. It suggests that fish-flavored cat food could be among the culprits.

This is an African elephant video.

By Paul Steyn, for National Geographic

Early findings from the largest ever aerial survey of African wildlife—the Great Elephant Census (GEC)—are proving that big data can make a big difference when it comes to saving the world’s largest land mammal.

The Africa-wide census, funded by Microsoft billionaire Paul G. Allen, took off in February 2014 with the objective of gaining a better understanding of elephant numbers across the continent.

Since then, 90 researchers from various organizations have joined aerial teams flying survey transects in 18 elephant range countries. From the sparkling desert floodplains of the Okavango Delta to the boundless savannas of Chad, the teams have racked up a combined distance of 285,000 miles…

It’s now harder to find out where your beef or pork was born, raised and slaughtered.

After more than a decade of wrangling, Congress repealed a labeling law last month that required retailers to include the animal’s country of origin on packages of red meat. It’s a major victory for the meat industry, which had fought the law in Congress and the courts since the early 2000s.

Lawmakers said they had no choice but to get rid of the labels after the World Trade Organization repeatedly ruled against them. The WTO recently authorized Canada and Mexico, which had challenged the law, to begin more than $1 billion in economic retaliation against the United States.

In recent years the Japanese Government has been heavily lobbying other nations to lift the radiation controls and security measures which those nations have been taken on the Fukushima and nearby prefectures food products imports since the March 2011 Fukushima disaster. Disaster which is still ongoing up to the present day, with its contamination omnipresent all over Eastern Japan.

There are two reasons behind such intense forceful lobbying. The first one of course is economic, to maintain the income generated by those exports. The second one is plainly political, to indirectly soothe the fears of the Japanese people themselves about the radiation contaminated food.

It seems that this lobbying is now making headways, as the European Commission finally decided to relax restrictions on some food imports from Fukushima. Such decision prioritizes political and economic considerations over the health of the European people, and dismisses as if they were non-existing all… 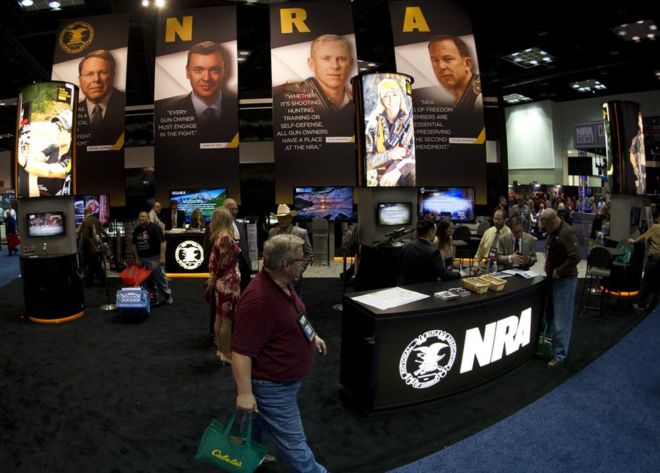 What is the NRA?

NRA stands for National Rifle Association. The group was founded in 1871 as a recreational group designed to “promote and encourage rifle shooting on a scientific basis”.

The NRA’s path into political lobbying began in 1934 when it began mailing members with information about upcoming firearms bills. The association supported two major gun control acts, the National Firearms Act of 1934 (NFA) and Gun Control Act of 1968 (GCA), but became more politically active following the passage of the GCA in the 1970s.

In 1975, it began attempting to influence policy directly via a newly formed lobbying arm, the Institute for Legislative Action. In 1977 it formed its own Political Action…

Wildlive conservation activists and the Mexican government are partnering to try and save a remnant vaquita population in the upper Gulf of California. Map courtesy Sea Shepherd.

Conservation groups and the Mexican government are making progress in trying to avert extinction of the vaquita porpoise, a small marine mammal that lives only in a few thousand square miles in the northern Gulf of California.

And in the Gulf of…