The Ahwahnee Hotel, built in 1927, will become the Majestic Yosemite Hotel on March 1 when Aramark takes it over from DNC Parks & Resorts.

Curry Village, which has borne that name since it opened in 1899, will be renamed Half Dome Village.

Badger Pass Ski Area, which became California’s first ski resort in the 1930s, will become the Yosemite Ski & Snowboard Area; Yosemite Lodge at the Falls will be renamed Yosemite Valley Lodge; and the Wawona Hotel will become Big Trees Lodge.

Our gas tank is bone dry empty and the electric heaters have been turned on in all of the cats’ rooms and inside the house as well.

The current cold snap will continue for at least a week, possibly more, with outside temperatures dropping as low as 10 degrees below zero. The electric heaters simply can’t warm up the indoor space sufficiently while we’re gripped by this big freeze.

The cats are already huddling together attempting to stay warm in these frosty, icy nights; nonetheless, the elderly kitties which lack the body fat are having a hard time coping with the cold.

This is our last ditch, a desperate appeal for help to fill the gas tank while the oldest of the Felix cats are still holding on!

Otherwise this winter will be a very sad and heartbreaking…

FUR PRICES DOWN!!!
“That’s right – low, low fur prices.  Bottom of the barrel.  In most cases, fur will sell for far less than what you’ll spend to trap it.”
Why are fur prices going to be so low?  Two words.  China and Russia.  Those two countries basically control the modern world market for wild fur because their citizens purchase the vast majority of the garments produced with the fur we trap.” Prices for dead Coyote, Beaver, Pine Marten, Bobcat, Wolves and Fisher are expected to hold. Trappers are claiming they are simply stockpiling the rest.
Trapping Today’s 2015-2016 Fur Market Update 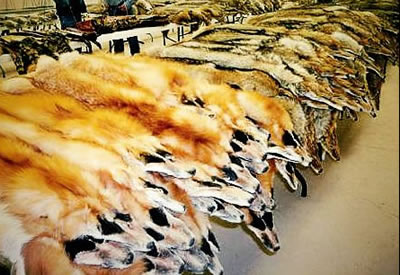 Ticks that transmit Lyme disease have significantly spread across the United States over the past 20 years, according to new research.

The report from the Centers for Disease Control and Prevention, published in the Journal of Medical Entomology, found that the parasites that carry the disease — known as blacklegged ticks — are now found in nearly half of all U.S. counties. This was the first study since 1998 to examine where these ticks live.

Each year, approximately 30,000 cases of Lyme disease are reported to the CDC, though the number is estimated to be much higher, as only a fraction of cases are actually reported. In fact, according to an analysis published last summer, health officials report the number of actual cases is closer to 329,000.

The disease is transmitted to humans through tick bites, and typical symptoms include fever, headache, fatigue, and a rash that…

He was a little scruffy looking and didn’t have a majestic set of antlers,
but a very popular
Nickel Preserve bull elk with the nickname Hollywood was killed on Friday
night. He was very
laid back and kid-friendly and well known to the preserve visitors.
Poachers on late Friday or on early Saturday found the elk a few yards
off a country road
and shot it with a crossbow and a rifle. Then they took its head and one
hindquarter and left the
rest to rot.
News of the killing exploded on social media Sunday and Monday as the
Nature Conservancy
offered a $1000 reward for information leading to the conviction of those
responsible. And on Monday
the Tulsa-based NatureWorks pledged to double that reword.
The president of NatureWorks stated “Our board members are outraged by
this totally classless
act. NatureWorks hopes in matching the reward…

With shark fin soup continuing to feed the practice of finning– cutting off the animal’s dorsal fin and throwing the rest of it back into the water to die–conservationists still have a lot of work to do.

Theirs is a tough job. In addition to providing the usual arguments that a particular creature is essential to a healthy ecosystem (which sharks are), ocean conservationists have to fight a universal perception of sharks as ruthless, cold-blooded man-killers (which they aren’t).

Seeing that perception as a challenge, photographer Benjamin Von Wong decided to see if he could change it by showing how humans and sharks might peacefully coexist. And that’s how he ended up weighting down a model in a coral reef in Fiji, snapping pictures of the toothy animals swimming by.

“I wanted to create a series of images that would help break those stereotypes,” Von Wong explained in a…

Maybe you remember the great VICE piece on HBO last year that just exposed Indonesia for what it is:  A palm oil republic.  Here’s an update as the cool, hip Vice website (maybe too “hip” as hilariously lampooned on this past summer’s Fred Armisen show, “Documentary Now” on IFC).

A selected highlight that points out that there still really is no such thing as sustainable palm oil.

Is there such a thing as sustainable or forest-friendly palm oil? If I’m a consumer and I want to make choices that don’t support a rainforest-destroying industry, what should I do?
Some people would argue that there’s no such thing as sustainable plantation agriculture. Putting that aside, there are definitely ways of producing palm oil that are less damaging, and several companies are generally moving in that direction through zero deforestation commitments, which include important environmental safeguards on top of standards developed…

The maximum penalty in state of Pennsylvania is 2 years and $1,000 fine.

Please sign this petition….This is my home state, the poor dog had cracked ribs !!!!

Originally posted on Moral Dilimia:
In less than 40 years, a relatively small group of farmers has created something the world has never seen before — a billion-dollar industry primarily devoted to breeding deer that are trucked to fenced hunting…

People should make their voices heard in the public consultations expected to take place over the course of the year 2016, before mining rights are granted.

To register as Interested and Affected Parties write to Ferret Mining at info@ferretmining.co.zaor call 012 753 1284/5.

To stay informed, join the Facebook page Stop Uranium Mining in the Karoo.

Uranium Mining Threatens the Karoo, Karoo Space, 18 Jan 16  By Dr Stefan Cramer  Images sourced by Dr Stefan Cramer  Just as the threat of fracking seemed to recede in the Karoo, the danger of uranium mining has arisen – and it is even more frightening and more likely than shale gas extraction.

The Karoo has long been known to harbour substantial sedimentary uranium deposits. Now an Australian company with Russian funding is planning to get the radioactive mineral out of the ground on a major scale.