With the East Coast buried in snow from a megastorm sparking our natural-disaster competitiveness, we on the Pacific Rim can counter with an ocean-crossing tsunami generated by a historic megathrust earthquake.

The last one that erupted along the 600-mile-long fault of the Cascadia Subduction Zone in the Northwest was at 9 p.m. on Jan. 26 in the year 1700. Hopefully the next one won’t hit any time soon, but another is due every 300-500 years. So, we can thrill in the thought of that magnificent danger!

In fact, on Friday, the Pacific Tsunami Warning Center published a re-enactment of the massive waves in a model animation. Here’s the explanation from the Center’s YouTube page:

By comparing the tree rings of dead trees with those still living they could tell when the last of these great earthquakes struck the region. The trees all died in the winter…

The New Year starts with more positive news. Aldi Süd, a German supermarket chain with stores in the U.S., has become the first major European retailer to ban pesticides toxic to bees, including the neonicotinoids imidacloprid, clothianidin, and thiamethoxam, from all produce sold in their stores. [1]

The announcement was made January 1st, with the retailer expecting fruit and vegetable suppliers for their stores to comply with their new policy ASAP. The following pesticides will no longer be tolerated:

The decision to ban bee-toxic pesticides comes following public pressure, and follows another German retailer’s decision to ban the herbicide chemical glyphosate – another toxic compound that is fueling numerous problems.

According to a press release from Greenpeace, the chemicals are used on various commodities in Europe:

This guy just got out of jail after being committed for torturing/killing 19 cats in NJ. He is now in Delaware and several people on Facebook have said that they have already re-homed kittens with him. Please contact the Office of Animal Welfare (or call the cops – it is against the terms of his release!!) if he contacts or has contacted you about a cat or kitten.

Anthony Appolonia! He also goes by the names A. Smith and Michael Racanelli and lives in Dover near the Air Force Base.

His main means of transportation is DART and he will have you meet him somewhere along their route. He tells people that he has anxiety among other issues and says that his doctor suggested having a cat would be good therapy for him. He will even offer to pay a small re-homing fee.

He was convicted in…

A group of dogs lived in a landfill site in Cazin in north west Bosnia Herzegovina, about  300 km from Sarajevo. Local hunters entered the area yesterday and slaughtered most of the dogs: pregnant dogs, mothers, puppies, all shot and left in piles of trash. The few survivors who are mainly puppies are now sleeping next to their dead mothers and siblings.

This is not the first time this has happened in this particular landfill site  – we made a post about a similar slaughter one year ago, almost to the date. As noted there: “In Bosnia and Herzegovina torture and killing animals is a common occurrence. In adults the offence is punishable by fine or imprisonment, however the arrest and prosecution of perpetrators of such crimes very rarely occur, but the activists will not cease from attempting to bring the perpetrators to justice.”

The city has done “sweeps” like this before. This was Annise Parker’s “solution” for strays as well.  Click here (BARC’s 2010 intention to do more “sweeps” as a solution for bite cases)  and here (Parker’s 2008 Policy Brief on BARC) for examples.  Clearly, simply picking up strays or abandoned pets have done nothing to address the issue.  So, why continue to repeat the same failed “solutions”?

More sweeps are a temporary patch that does not solve the stray problem, but will cause BARC’s kill rate to skyrocket because most of the dogs picked up in these sweeps, will end up dead — killed by BARC along…

Every January, many of us pick resolutions that help better ourselves and our lives. Whether we want to get in shape, surf 100 days this year, reconnect with friends and family, or just be a better person, each new year gives us the chance to identify the areas we want to work on and start with a clean slate. And while it’s important to self-reflect, resolutions don’t have to start and end with ourselves – our ocean could use some attention too.

Here at Surfrider we have compiled a list of resolutions to protect the ocean and coasts we love so much. Added together, these simple, everyday actions have a great impact on protecting our beaches for all of us to enjoy.

Resolution #1: Say NO to plastic by avoiding single-use plastics. Up to 80% of debris in our ocean is made of plastic. Carry your own refillable water bottle…

Lake Poopo in Bolivia has dried up. And Climate Change has been named as the top cause of the disaster.

After decades of drought and depressed rainfall related to a human-forced warming of the globe, the once-massive lake is now gone. Once measuring 90 by 32 kilometers and covering an area of over 1,000 square kilometers this second largest lake in all of Bolivia has turned into a dried out disaster zone. Cracked, baked earth, overturned and abandoned boats, and the desiccated remains of lake life are all that are left as sign to the fact that a giant lake once existed. The flamingos, fish and other wildlife that relied on the lake are now dead or long gone. Yet more lonely casualties of a climate changed radically by an incessant burning of fossil fuels. The announcement that PETA UK has accused nine leading cosmetics brands of breaking European law by selling products tested on animals for the Chinese market is very disturbing, if not surprising.

European Union law bans the sale of any cosmetic product that has been tested on animals in finished form after 2004, as well as cosmetics containing ingredients subject to new animal testing after 2013.

There are many beauty companies, including my own 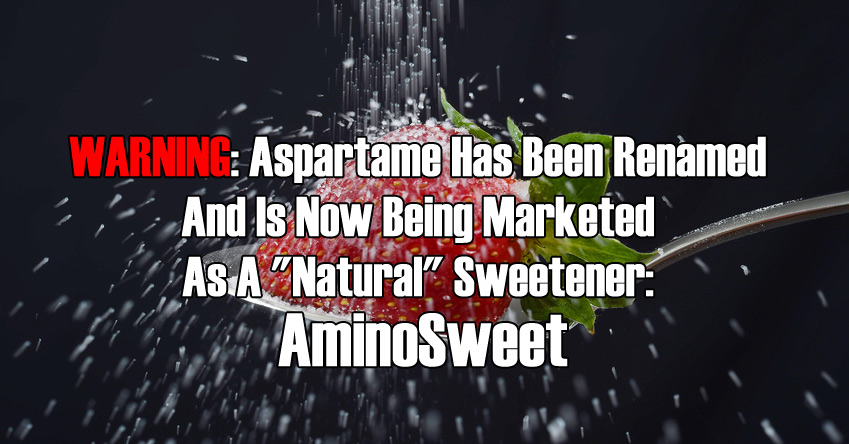 The highly controversial Aspartame has been regarded by some as one of the most dangerous ingredients used in our food supply – while “official” sources continue to maintain its safety and continue not to mention the “negative” studies.

Aspartame has in fact been linked to seizures and a host of other major health issues including fatal cardiovascular events in women. Recent studies (we’ve found them!) have shown that not only does artificial sweetener intake have an association with diabetes[1], it also increases the risk for heart, kidney, and brain damage. [2]

But these are not the only negative studies: In 1967, Dr. Harold Waisman, a biochemist at the University of Wisconsin, conducted aspartame safety tests on infant monkeys on behalf of the Searle Company. Of the seven monkeys that were being fed aspartame mixed with milk, one dies and five others have grand mal seizures.

I am having trouble with my Chrome (big trouble) and right now I’m using an unsupported version of Windows. Many websites, including WordPress, don’t recognize this version. I am going to try to keep posting and commenting but have been unable to comment at all. It says that it can not accept my data. This is so frustrating! If anyone has any knowledge to spare, I’m open for any suggestions. Thanks for your patience and know that I am reading and liking your work invisibly!

The amount of sea level rise that comes from the oceans warming and expanding has been underestimated, and is likely about twice as much as previously calculated, German researchers said on Monday.

The findings in the Proceedings of the National Academy of Sciences, a peer-reviewed US journal, suggest that increasingly severe storm surges could be anticipated as a result.

Sea level can mount due to two factors – melting ice and the thermal expansion of water as it warms.

Until now, researchers have believed the oceans rose between 0.7 to one millimeter per year due to thermal expansion.

But a fresh look at the latest satellite data from 2002 to 2014 shows the seas are expanding about 1.4 millimetres a year, said the study.

“To date, we have underestimated how much the heat-related expansion of the water mass in the oceans contributes to a…

Northern long-eared bat populations in North America are declining at a rapid rate. Protect these fragile and important animals by demanding the U.S. Fish and Wildlife Service place them on the endangered species list.

Source: Save the Northern Long-Eared Bat from Extinction

Koalas are being forced out of their homes and are dying, because of noise caused by a nearby festival. Demand this event be moved or banned so these animals can live in peace.

Over 20 animals are at risk of death in a zoo where owners are failing to provide food and veterinary care. Demand that this zoo close and that the animals are surrendered to rescue facilities properly equipped to care for them.

Foie gras, or duck liver, is a French luxury cuisine served in the United States. The abuse suffered by animals used to make foie gras is completely abhorrent; from forced feedings to death by disease, foie gras farms display a shocking indifference to life. Help put an end to this cruelty.

An opossum was found with two arrows in its head after being shot with a crossbow. The poor, innocent animal was alive and trying to remove one of the arrows. Demand the person who shot this animal be given the maximum penalty possible when found.

Source: Justice for Opossum Found Alive With Arrows Through its Head

Dogs are suffering during America’s low mid-winter temperatures due to the fact that owners are legally allowed to leave their pets outside in the bitter cold. Sign this petition to ban owners from leaving their dogs outside during frigid and deadly weather.

Source: Prohibit Owners from Leaving Dogs in the Cold