NWNL BLOG East Africa, Kenya, Mara River Basin, lioness with cubs Lions are currently considered “vulnerable” by the International Union for Conservation of Nature, but if upcoming assessments change their status to “endangered” they will be considered at “a very … Continue reading →

PETA is still in very hot water over its support of Breed Specific Legislation and is trying mightily to spin the truth. But the truth is the truth, we must keep our focus on it. And when you dig deep into the way their actions impact companion animals you can see that they have one common thread — animals end up dead.

Let’s just get some facts out there.

First Fact: During the months of July, August, and September, PETA took in 630 animals and 490 of those animals were killed. You can find a statement by Virginia Senator Bill Stanley about those numbers here. Sadly, these are typical numbers for PETA. In 2014 they took in 2,631 animals and killed 2,324. You can find more information about their shockingly high kill rate here.

Second Fact: PETA kills adoptable animals without ever trying to rehome them. I know… 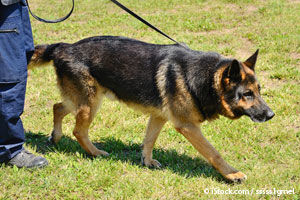 The Culpepper and Merriweather Circus has allegedly been violating elements of the Animal Welfare Act for nearly 30 years. Their animals have been subjected to cruel training and cramped cages, yet the company’s license was only temporarily suspended. Sign this petition to demand the USDA permanently revoke their license.

Forcing horses to perform for long hours in dangerous weather for amusement is inhumane. Putting a farm animal in a crowded city poses hazards to horses, pedestrians, and drivers alike. Support banning horse carriage rides in Chicago and retiring the horses to a sanctuary where they can thrive.

Horses are maimed and tortured to obtain unnatural gaits. Take action now to stop this cruel and inhumane practice.

Nearly 50 elephants have died after being poisoned by cyanide in the national park in Zimbabwe where Cecil the lion also died. Urge officials to find and charge under the full extent of the law whoever is responsible for poisoning these innocent elephants.

Some African lion populations have been sharply declining and are predicted to cut in half over the next two decades unless something is done to promote major conservation of the animals. Take action now to stop lions from going extinct.

Source: Save Lions from Extinction

Source: Reinstate Bear Hunting Ban After Hundreds of Bears Killed in One Day

Researchers should not be putting collars on young animals and male bears – they know the problems! Who did the USGShave working for them that did not know this – or couldn’t tell a male bear from a female? The other question is: how many more bears are in the same condition but out of sight on the sea ice – or dead due to their injuries? Don’t forget, this is a population that researchers claim is endangered because of a recent population decline due to thick spring ice in 2004-2006.

From the CBC article:

“The photo was taken in Kaktovik in eastern Alaska, along…

Even after all I’ve seen in the 16 years since I founded Mercy For Animals, I was still completely shocked by the horrific cruelty and violence our brave investigator just exposed at Tyson Foods—the world’s largest poultry company.

Working undercover at a Tyson Foods slaughterhouse in Mississippi, a courageous MFA investigator documented chickens being dumped, dropped, dragged, hit like punching bags, tortured for fun, and even sexually assaulted as they were violently slammed into shackles on the slaughter line. He also documented countless birds getting their heads ripped off while they were still alive and chirping.

Yesterday, MFA filed affidavits with the Leake County Court in Mississippi to initiate charges of a total of 33 counts of animal cruelty against Tyson Foods Inc. and six particularly malicious workers at the facility.

This important story broke this morning in…

Stop Fukushima Freeways Campaign Kicks Off http://yubanet.com/usa/Stop-Fukushima-Freeways-Campaign-Kicks-Off.php#.Vi_lUdIrLGg
New Map shows DC AREA would be a Corridor for Extremely Dangerous Radioactive Nuclear Waste Shipments  By: Nuclear Information & Resource Service (NIRS) Washington, DC October 27, 2015– Over 250 intensely radioactive nuclear waste shipments would cross through the Washington DC metropolitan area and thousands more would travel across the roads, rails and waterways of the nation, if plans for the country’s first, and scientifically indefensible, nuclear waste repository in Nevada move forward. Today, Nuclear Information and Resource Service released maps of the likely routes radioactive shipments would use, joining dozens of environmental and clean energy groups across the country. The groups want residents to weigh in with Congress and decision makers about the dangers.

If you are one of the millions of users who have upgraded to Windows 10, you are likely to be very familiar with the Windows update process. Microsoft updates Windows 10 when it needs to be updated. It’s part of Microsoft’s master plan and is generally a good thing.