A cat suffered serious injuries after a neighbor allegedly shot her with a crossbow. The suspect’s motives are currently unreported. Demand justice for this innocent cat. 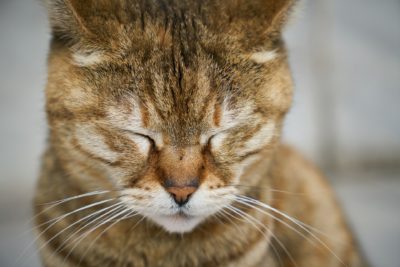 A cat was allegedly thrown against a wall in a disturbing case of animal cruelty and domestic violence. The suspect reportedly kicked and punched his ex-girlfriend before becoming violent with her cat. Demand justice for this woman and her cat.

A Florida teenager allegedly shot a young girl’s puppy as she and her family were walking the animal in broad daylight. When arrested and charged, the young man claimed it was an accident. But accident or not, he still reportedly took an animal’s life, and must face justice. Sign this petition to ensure he face justice.

The cruel badger culls across Britain are not only mercilessly killing tens of thousands of the creatures, but the costs are astronomical. The cull was started to stop the spread of bovine tuberculosis, but the humane solution of vaccinating the animals is far less costly. Sign this petition to stop the culling of badgers and encourage vaccination instead.

Facebook groups allegedly engaging in illegal wildlife trafficking have been discovered in Thailand, threatening hundreds of species, many of which are critically endangered. Demand that Facebook take immediate action to stop this dangerous cruelty.

Here is yet another study demonstrating that the synthetic additives in artificial sweeteners can be harmful to human health.  In this latest study scientists found that six of the most popular synthetic sweeteners are toxic to the digestive system:  aspartame, sucralose, saccharine, neotame, advantame, and acesulfame potassium-k

FDA-approved artificial sweeteners and sport supplements were found to be toxic to digestive gut microbes, according to a new paper published in Molecules by researchers at Ben-Gurion University of the Negev (BGU) in Israel and Nanyang Technological University in Singapore.

When Zach Skow crossed path with Tug, Marley, and Buddy from a dog rescue center, he took them home thinking how much of a difference he’s making in their life. Unbeknownst to the young man, it was the other way around…

Zach was only 16 years old when he started drinking heavily. With all of the problems he faced, he always tried to resolve with alcohol. With every great things happening in his life, he always celebrated with alcohol. Working at an Arizona comedy club only escalated his drinking problems. Thus years later, at the young age of 28 years old, his alcohol and drug abuse had consumed his liver. It was so damaged that his doctors only gave him three months to live if he would not be able to get a transplant.

There was another problem though, Zach could not get a transplant unless he could do away with alcohol for at least 6 months. It was during at his darkest days that he met the three dogs who inspired him to be a better man. Zach met Tug, Marley, and Buddy in a rescue shelter and decided to take them home. Little did he know that his decision would give his life a new purpose.

Every animal lovers know that getting a pet is a big responsibility. Thus, no matter how Zach felt like giving up on life, Tug, Marley, and Buddy would remind him that they need him. His life is important because they depend on him. These thoughts gave Zach the motivation he needed back then to continue living.

“My dogs were all looking at me like I was the sexiest man alive,” Zach recalled with fondness. “They didn’t see the desperation, they just saw the person that they love. They were looking forward to a future.”

Zach took his fur-parent role by heart. He did not only nourished the three adorable dogs with food and water. He also spent time with them. He often took the dogs out for their exercising needs as well.

Months later, Zach found himself eating healthier food as well. He took regular blood tests and noticed how the doctors kept looking at him with confusion and amazement in their eyes.

As unbelievable as it sounds, because of Tug, Marley, and Buddy, Zach was able to become a better and healthier version of himself. He was able to turn his life around to the point that he no longer needed a liver transplant to live!

“My kidney function had improved,” Zach recalled happily. “The doctor told me I didn’t have cirrhosis any more.”

Since that fateful day, Zach now calls himself as a professional dog rescuer and people saver. In addition, he founded Marley’s Mutts, a non-profit organization aiming to rescue, rehabilitate, train, and find homes for dogs saved from a high-kill shelter in California’s Central Valley. Since the day it has been established, Marley’s Mutts saved more than 5,000 dogs from being euthanized.

Marley’s Mutts also educates people about the health benefits we can enjoy from owning pets. In line with this, the people behind Marley’s Mutts bring their rescued dogs to visit veterans, hospital patients, and people with disability to let them experience the therapeutic magic of owning a dog or a pet.

The rescued dogs also get to be paired with inmates. This way, their likelihood of finding a new home increases and at the same time, they also help inmates feel a sense of belonging.

Robinson, for example, has been incarcerated since he was a kid. He spent almost 10 years in prison though he is just 27 years old. Thanks to Tyson, the adorable and loving Yorkshire, Robinson was able to transform into a young man with a promising future. 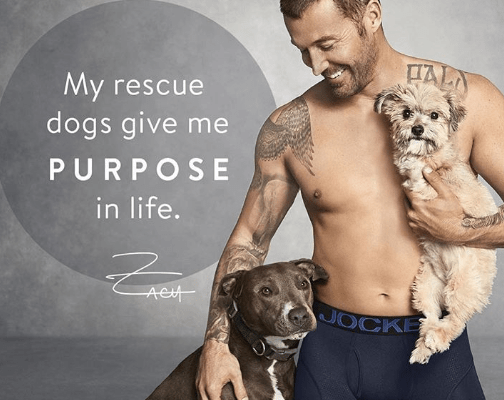 Truly, the best therapist in the world has a fur and four legs! Thanks to Tug, Marley, and Buddy, Zach was able to turn his life around and rebuild himself. Not only that, but he has also inspired numerous people to realize that, in saving a dog’s life, one saves his own as well! In reality we need our loving pets more, if not as much, than they need us.

Did you know that a mosquitoes egg can become an adult in less than one week after birth? They also tend to be picky about their victims. Apparently, not everyone is equally as yummy. It seems that mosquitoes find people with type O blood twice as tasty as  people with Type A blood.  I’ve always been a huge fan of chemical-free remedies and those conventional mosquito repellants on the market often irritate the skin are also full of chemicals that are very unhealthy to breath in and are soaked in by your skin within  20 seconds! Those chemically filled “bug sprays” are temporary at best even if they work at all. Mosquitoes are attracted to the carbon dioxide we exhale out of our mouths. So what is a human to do about those pesky outdoor blood sucking,  disease spreading bugs?