Volume 5 of the CIA’s Lee Harvey Oswald 7-volume collection, may never be turned over, even though the law requires it to take place by October 26th of this year. 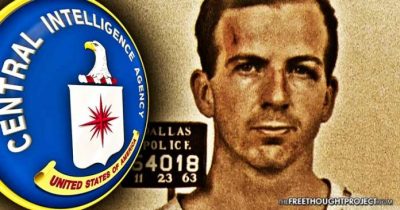 Countless concerned individuals are still searching for answers surrounding the mysterious death of the 35th president of the United States, John F. Kennedy. The official narrative, that a lone former Marine named Harvey Oswald assassinated him, is widely disputed.

All available documents from all government entities are required by the Kennedy Assassination Records Collection Act of 1992 to be released on October 26th of 2017. But if history repeats itself, the Central Intelligence Agency may not release an entire volume of documents on Oswald, known as “volume 5.”

As Sputnik reports, the release in July of 3,810 CIA and FBI documents on the assassination by the Assassination Records Review Board threw up a number of revelations that JFK researchers have hungrily devoured and…