Our concern is for the long time commitment to these animals. 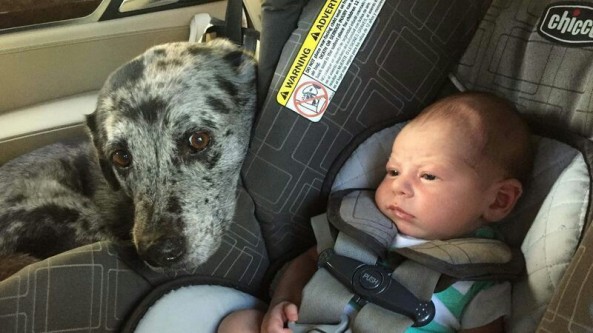 Duke was shot in his own front yard by a police officer who entered through the gate of the fence in property.

Sep 6, 2017 — If you’d like to put an end to that please contact the office of the Canadian Prime Minister:

TweetEmail
September 1st is the Beginning of Hunting Season
Continue your support
You and 33,908 others signed this
Contribute to the fundraiser
Help to Stop Under Armour From Killing Wildlife For Sport!
Help this petition win

https://www.change.org/p/boycott-under-armour-until-they-stop-killing-wildlife-take-the-pledge?recruiter=44240641&utm_source=share_petition&utm_medium=copylink&utm_campaign=share_petition&utm_term=132748
Petitions promoted by other Change.org users
Promoted by 1,318 supporters

We love when public opinion is powerful enough to make serious changes for the better, for all. Petitions are an excellent way to increase public awareness of serious issues and garner support for them.

Recently, two inhumane “sheep races” were canceled due to public protest from petitions, and now, thanks to your participation, yet another sheep race has been canceled! The Llandovery Sheep Festival in Wales announced they respect people’s right to voice their viewpoints, and they will no longer be conducting sheep races at their events this September 23rd and 24th.

The woman who set up the petition, Samantha Francis, said, “Using animals for entertainment sends us back to the dark ages and is inexcusable … Sheep are not playthings here for our amusement at their expense.”

An Animal Concern Advice Line spokesperson, John Robins, said, “I am very pleased this race has been canceled …The natural habitat and behavior of sheep does not include being chased down a main street while being cheered on by a crowd of 5,000 people … Sheep racing clearly breaches animal welfare laws and is by no means the comical entertainment you might first think it is. The animals used would be terrified.”

If you are as thrilled as we are that another sheep race has been canceled, please share this good news with your friends and family!

Source: Chiari Malformation Awareness Month And Related Rare Diseases That Can Come Along With Chiari

The greatest gift that I have ever received is also my great and enduring curse.

It was June 1975 and I was a crew member on the first Greenpeace campaign to protect the whales. It was off the coast of northern California, 60 miles offshore. Before us, spread across the waters like some invading foreign armada, was the Soviet whaling fleet.

The ships were grey, black, and freckled with rust. From out of the side of the largest vessel…

Japanese scientists have said they have never seen anything as horrific as the massive group of dead dolphins discovered stranded on a beach near the site of the 2011 Fukushima disaster.

After conducting an autopsy the scientists found that the dolphins’ lungs were white – which they say is an indication of radiation poisoning.

Google Translate: Ibaraki Prefecture… for a large amount of dolphin which was launched on the shore… the National Science Museum… investigated… researchers rushed from national museums and university laboratory, about 30 people were the anatomy of the 17 animals in the field. [According to Yuko Tajima] who led the investigation… “the lungs of most of the 17… was pure white ischemic state, visceral signs of overall clean and disease and infections were observed”… Lungs white state, that…

Check out our latest interactive map showing the location of oil and gas industry “incidents” reported in Montana from 2015 to the present.

Among the biggest reports of incidents? Continental Resources, Inc., Denbury Onshore, LLC, and XTO Energy, a subsidiary of Exxon.

You’ll remember that Exxon was responsible for a massive oil spill in Montana’s Yellowstone River back in 2011. That spill unleashed 63,000 gallons of oil fouling 85 miles of the River and led to a $12 million fine (which, as was widely pointed out, is a drop in the bucket for Exxon and nothing short of a slap on the wrist).

This “inicident” data confirms the…

As of yesterday and today, Irma was the strongest storm ever to form in the Central Atlantic. Fueled by record atmospheric and ocean heat and related high atmospheric moisture content, the storm plowed into the Leeward Islands of Barbuda, St. Martin and Anguila as a top-strength Category 5 monster hurricane.

Still thunderous sonic boom noises outside & boiling in stairwell. Can feel scream of things being hurled against building. #HurricaineIrma

So what they don't tell you in a hurricane is how HOT it is! Jeez. Am boiling! #StMaarten 05.44 #Irma2017#HurricaneIrma

Environmental activists, Native American groups and a coalition of outdoor retailers have vowed to redouble their efforts to protect public lands, after the US interior secretary, Ryan Zinke, recommended on Thursday that Donald Trump change the boundaries of a “handful” of national monuments.

Advocates fear that Zinke’s recommendation, which has not been revealed beyond its most basic outline, could mean the largest reversal of federal monument status in history and the first alteration of any national monument boundary since 1964.