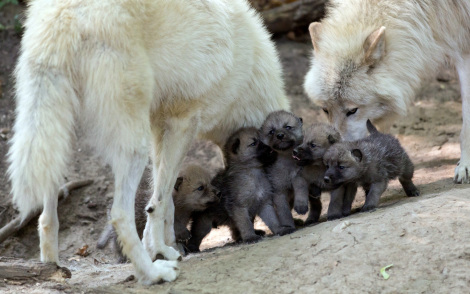 426 wolves have been wiped out since the beginning of 2014. Pups, alphas, whole packs, gone. The majority have been slaughtered in the ongoing  Idaho, Montana, Minnesota and Wisconsin wolf hunts. 17 wolves were killed in Wyoming’s “predator zone” before a federal judge recently relisted them. 3 wolves were killed in Washington state, even though they’re “protected” there. The Huckleberry Pack alpha female was shot by a WDFW sharpshooter from the air, the alpha female of the Teanaway Pack and a female wolf from the Smackout Pack, were both poached.  And I’m not even counting wolves killed by Wildlife Services this year or wolves killed in the 2014 part of the 2013/2014 hunts. That would push the total much higher.

The saddest part of all this are the hunts are far from over. Wildlife Services killings are not over.

This has to stop, we are traveling down that…