“We are pleased to see the polar bear joining a growing list of threatened migratory species protected under CMS,” Masha Vorontsova said.

November 10th, 2014 (Borrks Hays). QUITO, Ecuador — The conservation body of the United Nations has offered wider, stronger protection to 31 species of animals, including a variety of vulnerable birds, sharks and whales.

November 24th, 2014. A deadline for expanding critical habitat protections for the North Atlantic right whale — one of the world’s most endangered whales — has been set in response to a legal settlement agreement. Each year most of the 500 North Atlantic right whales remaining on Earth migrate from their feeding and breeding grounds off the U.S. Northeast to their nursery areas off the Southeast. But only a tiny portion of this expansive range is protected as federally designated “critical habitat” under the Endangered Species Act, making the whales more vulnerable to threats that include commercial fishing gear, ship strikes and oil drilling.

The settlement requires the federal government to make a final decision by February 2016 about where and how much additional habitat should be protected.

Sarah Uhlemann, a senior attorney with the Center for Biological Diversity said: “If these whales are going to survive in the… 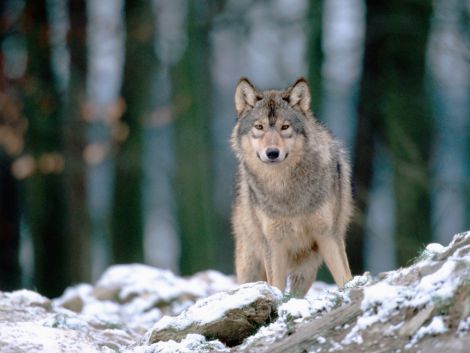 It’s confirmed!  Move over OR7, another wolf is upstaging you. There’s a Northern Rockies female wolf roaming the Grand Canyon, the first wolf to do so since the 1940’s. She traveled 450 miles or more to get there.  Boy am I ever glad she escaped the wolf hell in Idaho and Montana. We don’t really  know which wolf population she’s from in the Rockies, because her collar is dead. But who cares, she made it. They can’t catch her (good, she’s wolf wary) and have suspended the search due to cold weather. They only identified her through her scat. The Grand Canyon is so vast and rugged, it’s one of the best places in all of America for a wolf, plenty of mule deer for her! What wonderful news to start the day.

Stay safe  beautiful girl. Maybe you’re traveling with a friend we haven’t seen, one can only hope!