A man from Texas has had his hunting, fishing and trapping privileges suspended in 48 states — and been sentenced to pay more than 53,000 in fines — after pleading guilty to illegal hunting activities in Colorado.

Raymond P. Muse, 50, pleaded guilty to a felony charge of willful destruction of wildlife, as well as 11 other misdemeanor charges, in connection with the illegal poaching at least five elk from Evergreen and Conifer, “right under the noses or in the backyards” of local residents, officials with Colorado Parks and Wildlife said on Friday. 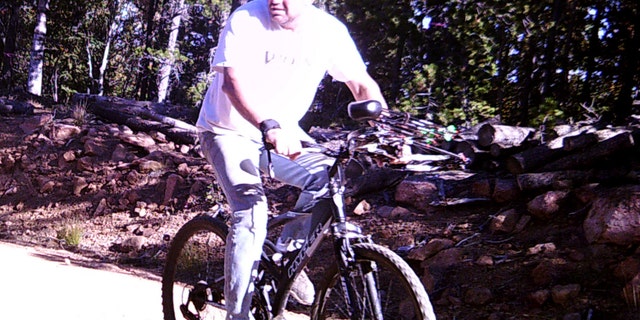 Officials say Muse would leave his car in a less suspicious area before hopping on his bike to scout and kill the elk. (Colorado Parks and Wildlife)

Sheetz is offering free coffee to customers during the holidays. https://t.co/6fFHxYskbP

Let DoD personnel defend themselves on base.
David Ritchey started this petition to President Donald J. Trump and 1 other

Since the implementation of Regulation 90-114 in 1993, military personnel have been restricted in their ability to carry firearms on government property and in federal facilities. The justification of such action has historically been the belief that military bases feature robust security and trustworthy employees. The following is a non-exhaustive list of the failures of those assumptions leading to active shooter and related incidents on military bases located in the United States since 1993.

That tally includes 52 Patriots killed or wounded by terrorists, disgruntled service members, or civilian employees on a base or post that doesn’t include overseas bases or federal buildings such as court houses, jails, schools, on-base housing, post offices, airports, National Parks, BLM buildings, IRS buildings, and so on. It would be unfair to say all of those Patriots would be with us today had personnel been allowed to carry firearms for personal defense, but at least one life could have been saved at an incredibly minimal risk level.

The Citizens of the United States have, through the Constitution and the US Code via the Oath of Office, entrusted members of the United States Armed Forces with the defense of the country and all we hold dear. The fact that those same service members can obtain a permit to carry a concealed weapon in each state they happen to get stationed in, but can’t carry that same firearm in the most highly targeted location in that state – the military base – flies in the face of that trust and is contrary to good sense.

This petition, and your signature, is designed to drive legislation leading to the establishment of an open and concealed carry permit that is extended to Department of Defense civilian and military personnel, is NOT subject to the discretion of lower levels of command, includes reciprocity in all 50 US states and it’s territories, and permits concealed carry in all federal facilities regardless of duty status.

Please everyone sign this. There are ex servicemen on our streets. The Army Barracks are sitting empty not being used! If they open them, they will have a roof over there head somewhere safe to sleep, they can maintain the up keep and anyone suffering with stress disorder can help eachother. No one who served for our country deserves to be failed by the system

The City of Statesville has filed a lawsuit seeking an injunction to require Gander RV in Statesville, NC to take down their American Flag. They are imposing a $50/day fine retroactive to 10/15/18.

Many cities like Statesville have requested that Camping World and Gander Outdoors take down their American Flags. WE WON’T DO IT! Stand with us.

Gerry Denardi started this petition to President Donald J. Trump and 2 others

Gary Sinise is an American actor who has played many household characters over the years including Lieutenant Dan in Forrest Gump. What is less known is that he has dedicated most of his time, and money, off the big screen to supporting our military, it’s veterans, and it’s family members.The Gary Sinise Foundation has provided millions in philanthropic endeavors to our nation’s military and first responders. On our military bases across the world, Gary Sinise and his band have put on hundreds of Morale, Welfare, and Recreation concerts. Furthermore, Gary has visited our troops down range on USO tours more than any other person, let alone celebrity.

I cannot list every good deed he has done for our military and their families, and also to our nation. Please visit his foundation website, his Wikipedia page, or read the countless number of articles attesting to his wonderful work for further proof of the character of this man.

According to Whitehouse.gov, the Presidential Medal of Freedom is the highest honor bestowed upon an United States citizen and is awarded for, “especially meritorious contribution to the security or national interests of the United States, or world peace, or cultural or other significant public or private endeavors”.

I believe Gary meets and exceeds this criteria. I hope you do to and sign, share this petition.