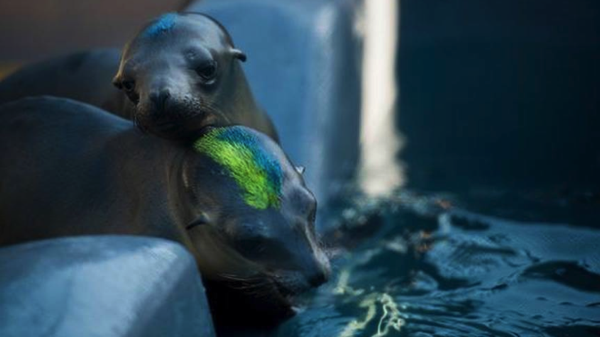 Along the length of the California coastline, an extraordinary rescue effort is underway. In January and February alone, 1,450 malnourished or dying sea lion pups have washed up on shore – compared with just 68 in the same period last year.

Marine biologists and climate scientists for the National Oceanic and Atmospheric Administration say the culprit is a mass of warm coastal water that’s imperiling breeding and nursing colonies of California sea lions. The so-called “unusual mortality event” – following a much smaller bubble of sea lion strandings and deaths in 2013 – has triggered questions about the overall health and volatility of the California ocean environment.

Scientists say the warmer waters can prevent sea lion mothers from finding sufficient quantities of anchovies, mackerel, sardines and other fish to provide nutrition for nursing. So they are leaving behind their pups…