According to Rep. James Sensenbrenner’s staffer “in charge” of the wolf issue, this never happened.

Many people in our society often wonder how colossal mistakes such as the 2003 Invasion of Iraq and other world changing blunders have been allowed to occur throughout history. Most Americans foolishly believe that politicians overall care about this country and look at all sides of an issue before taking action. The Iraq War disproved this to the max and now we are seeing the exact same thing when it comes to wolves and the reckless eradication bills currently before Congress.

As I have mentioned before there are currently two very dangerous and disingenuous bills that have been introduced in the U.S. House of Representatives. The first bill, H.R. 843, with the fluffy title,  “Western Great Lakes Wolf Management Act of 2015,” seeks to permanently strip wolves in the Great Lakes of all Endangered…

A new set of rules soon to be issued by the Obama administration would require faith-based charities to provide abortions to child refugees entering the U.S. without their parents.

Organizations working to help resettle the children contend the rules are a violation of the conscience rights of faith-based groups and a contravention of the rights of parents.

The rules would require charitable organizations, including faith-based groups that help resettle refugee children, to make referrals for emergency contraception or to partner with groups that provide abortions. The groups also have the option of notifying the federal government, which would then make arrangements for abortions.

Failure to follow the rules means the groups would no longer be eligible for federal aid. They must comply no later than June 24.

The new rules are being fast-tracked in what some are calling elusive methods.

Amy Worden writes the Philly Dawg blog for The Philadelphia Inquirer. With her permission, we are reposting her excellent blog Dollars and Dogs: Film Explores Role of Money and Politics in puppy mills 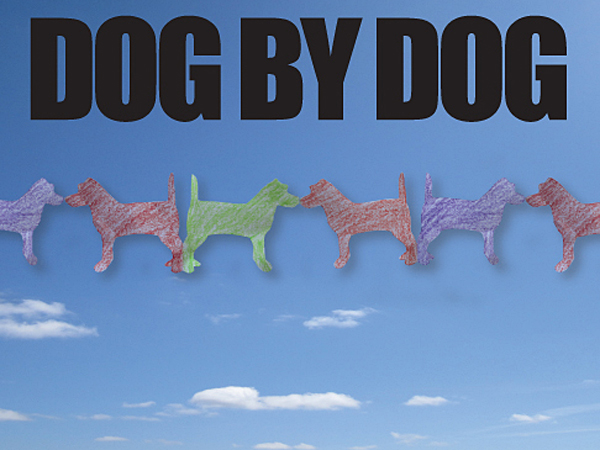 In “Dog By Dog,” filmmaker Chris Grimes, turns his lens on commercial breeders, politicians and advocates – and at least one journalist to probe the question of how puppy mills continue to thrive despite overwhelming public opposition. (dogbydogdocumentary.com)

In a new documentary, set to be released this year, a Chicago filmmaker explores the role of money and politics in creating and supporting the nation’s puppy mill industry and thwarting efforts to improve conditions for thousands of breeding dogs who spend their lives in misery.

In “Dog By Dog,” filmmaker Chris Grimes, turns his lens on commercial breeders, politicians and advocates – and at least one journalist to probe the question of how puppy mills continue to thrive despite…

Last week, Virginia Attorney General Mark Herring burnished his pro-animal record when he established an Animal Law unit in an attorney general’s office. The unit will serve as a resource for local law enforcement and state agencies on animal fighting and animal cruelty prosecutions, providing the expertise and firepower to bring those responsible for animal cruelty, suffering, and abuse to justice. For the unit’s first project, it’s partnering with The HSUS to reach out to Virginia pet stores as part of an effort to crack down on puppy mills.

In New York, Attorney General Eric Schneiderman has launched an Animal Protection Initiative to shut down criminal animal fighting rings, protect consumers from unscrupulous pet sellers, and prevent other forms of cruelty to animals. Just last month, Schneiderman secured felony convictions in the case of two men who ran the largest known cockfighting ring in New York history, and he…

American journalist James Foley was kidnapped and held for two years. Foley was beheaded by ISIS in August. ** ISIS Is Holding At Least Four More American Hostages.
Obama’s refusal to act resulted in the brutal death of two Americans.
The White House knew for several weeks where the US hostages were being held. But Obama failed to act.
Catherine Herridge reported, via Happening Now:

The Deafening Sound of Freedom

Whales are incredibly intelligent creatures, yet they could care less about our politics. They have no interest in our wars. They care about finding food and making little baby whales. Nevertheless, in an environment as interconnected as the ocean, everything has an impact on everything else. And whales have an important impact on anti-submarine warfare.

First some basics. There are two types of whales: the toothed whales, known as odontocetes, and the baleen whales, known as mysticetes. The toothed whales have one blowhole, and the mysticetes have two. The odontocetes tend to be smaller, and the mysticetes generally larger. Specifically, some of the largest animals the world has ever seen are baleen whales. Yet I am always amazed by the fact these giants feed on some of the smallest stuff in the sea. Constantin Stanislavski famously said, “there are no small parts, just small actors.” Perhaps no where is that…

1263 Wild horses were removed from the “checkerboard” area in Wyoming. The areas included horses in the Great Divide Basin, Adobe Town, and Salt Wells Creek. These horses lived and thrived in an area of public and private property that had significant interests in livestock and in energy use. The reason they were removed is that wild horses can’t read when they are crossing boundary lines.

Litigation and IBLA Appeals were filed. Litigation did not result in a restraining order. The IBLA Appeal was put “on hold” pending resolution of litigation (WHE assisted with one of the stages of the Appeal).

From BLM website: “This checkerboard wild horse removal is not a population management action related to appropriate management levels. Instead, the 1971 Wild Free-Roaming Horse and Burro Act, Section 4 requires that the BLM remove wild horses from private land if requested by the land owner. This removal also…

This video from England says about itself:

[Conservative] London mayor Boris Johnson tells Saint Tony Blair of New Labour to shut up about the current Iraq fighting mess, as it was his illegal war that started the problems.

From daily The Morning Star in Britain:

Islamic State militants have killed two US journalists and are threatening the life of a British hostage.

Mr Salmond said he was not apportioning individual responsibility in terms of the hostage situation, but was commenting on the “generality of the consequences” of the 2003 war and occupation.

Speaking to ITV Border, Mr Salmond said: “On the more general point, I believe the tragedy we are seeing…

Umbrage alert! Last night, a half-length short form of the powerful and balanced documentary “The Politics of Polar Bears” aired across Canada on the CBC’s flagship TV news program, The National.

Right after it aired, they followed up with a lengthy online summary by the producer of the film, Reg Sherren (“Polar bears: Threatened species or political pawn?”, September 2, with video of the 19 minute short program). Check out the comments below it! Excerpts and my comments below.

“For some time now the suggestion has been that polar bears are in trouble and that many sub-populations of Ursus maritimus are decreasing, making them an iconic symbol in the fight against global climate change.

But there remains an ongoing debate within…

Which of the following statements do you think is true?

The answer may surprise you

“In The Politics of Polar Bears, Reg Sherren will pick his way through the message track to help you decide what is really happening with the largest land carnivore on the planet.”

Will we finally see some balance?

UPDATE: Reg Sherren tells me that “A shorter version will air next Tuesday on The National” an hour-long news and current affairs CBC program which can be viewed live online 9-10PM ET.

Our hapless Secretary of Defense, Chuck Hagel, actually seems to get at least something right. From The Guardian:

When we look at what they did to Mr Foley, what they threaten to do to all Americans and Europeans, what they are doing now, I don’t know any other way to describe it other than barbaric,’ Hagel said. ‘They are an imminent threat to every interest we have, whether it’s in Iraq or anywhere else.’

Hagel said Isis, also kown as Isil, which began as al-Qaida’s Iraq affiliate before being disavowed last year over its brutality, was a calibre above previous terrorist organisations the US has faced.

‘Isil is as sophisticated and well funded as any group that we have seen. They’re beyond just a terrorist group. They marry ideology, a sophistication of strategic and tactical military prowess, they are tremendously well…