A court order banned the Long Island pet stores from buying new puppies altogether, froze their bank accounts, and will require that dogs be examined by an independent vet to ensure their health and safety. https://t.co/DI9wNVDglx

TAKE IMMEDIATE ACTION. Thousands of racehorses are disappearing every year.

The slaughtering of America’s racehorses, both illegal and legal, has risen to a colossal EPIDEMIC, and it won’t end unless we ALL take IMMEDIATE ACTION.

Once deemed unprofitable for racing, thousands of these majestic athletes find themselves spiraling towards a GRUESOME fate.

·     Horses are either DISCARDED or funneled into FILTHY animal auctions,

·     TRAFFICKED in crowded, rusty trailers over the borders, or

·     Fall into the hands of shady criminals of the BLACK-MARKET horse-meat trade.

JOIN US TODAY: Demand Protection for America’s Racehorses. Your signature could be the very thing that saves their lives!

Sign this critical petition, and we will send your name along with thousands of others to Congress so that we can make a more significant impact on your behalf.

The wolves that live in Norway and Sweden today are actually Finns, as extensive studies of their genetic make-up have shown.

Hunters wiped out the original Norwegian wolf population in the wild around 1970.

“The original Norwegian-Swedish wolves probably had no genetic similarities with today’s wolves in Norway and Sweden,” says Hans Stenøien, director of the University Museum of the Norwegian University of Science and Technology (NTNU).

Stenøien is the lead author of a new report that looks at the genetic makeup of the Norwegian-Swedish wolf population in much more detail than has previously been the case.

“We did the largest genetic study on wolves in the world,” says Stenøien.

This is part of an extensive report on the wolf in Norway commissioned by the Norwegian Parliament (Storting) in 2016.
But by that… 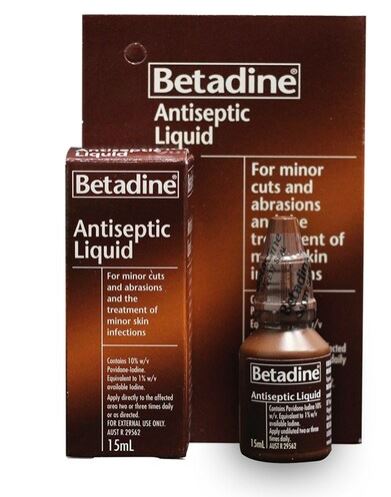 In more news you can use before Christmas, here?s another cheap easy way to put the brakes on Covid is with the antiseptic Povidone Iodine.

While Carrageenan can clog up the virus in the passages behind your nose, it doesn?t necessarily do much to stop the virus replicating in your mouth and throat. But a regular swish or a sniff with Povidone-iodine can reduce the viral load to nothing in a matter of 15 to 30 seconds. Note, you?re supposed to spit it out again, not drink it and make sure to use a very dilute solution.

Saliva can contain as many as 100 million infectious copies of Covid per ml, so the aim here is to reduce the number drastically every four hours. It?ll stop you infecting people around you, and probably help buy you time to fight back against the virus.

Hmm this isn’t adding up pic.twitter.com/oh1mHQ66Am

It’s #SantaPawsDay – the day all our dogs get to pick their Christmas gift! Sadly, we couldn’t fit them all in, but we hope the pure joy of the ones we did makes you smile!
To all our supporters and everyone who sent a gift, thank you! We hope you have a very Merry Christmas! 💛 pic.twitter.com/lFR7LNdvZG

Zippy, Bella, and Jet – the last three remaining dolphins in captivity in NSW – could live happy and healthy lives in a dolphin sanctuary in Coffs Harbour.

Ask NSW Minister for Environment, Matt Kean, to support completion of the feasibility study to build this sanctuary.

The sanctuary would retire Zippy, Bella, and Jet and could help rescue and rehabilitate stranded cetaceans on the east coast of Australia.

It would see Dolphin Marine Conservation Park transition to a venue based on education, rescue and rehabilitation, and protect the jobs and income the Park brings to the Coffs region.

The NSW Upper House recommended support for completing the feasibility study  in the recent Parliamentary Inquiry into the exhibition of cetaceans. The decision is now in the hands of the Minister for Environment – The Hon. Matt Kean.

Can you help convince the government to support the retirement of captive dolphins to a sanctuary?Please sign the petition calling on Environment Minister Hon. Matt Kean to support this project.

Multiple feasibility tests have already been completed, including wave and tidal analysis and animal welfare assessments.

Your signature will help apply the necessary pressure on the Minister in charge of this decision and could lead to the building of Australia’s first-of-it’s-kind dolphin sanctuary.