Thank you, @ExpediaGroup for taking a positive step for dolphins! On Friday, Expedia announced that activities involving captive dolphins & whales will no longer be available on their sites.🐬
Urge other travel companies to follow suit at: https://t.co/joExtJ8Oo1 #DolphinProject pic.twitter.com/bsRabgYMvh 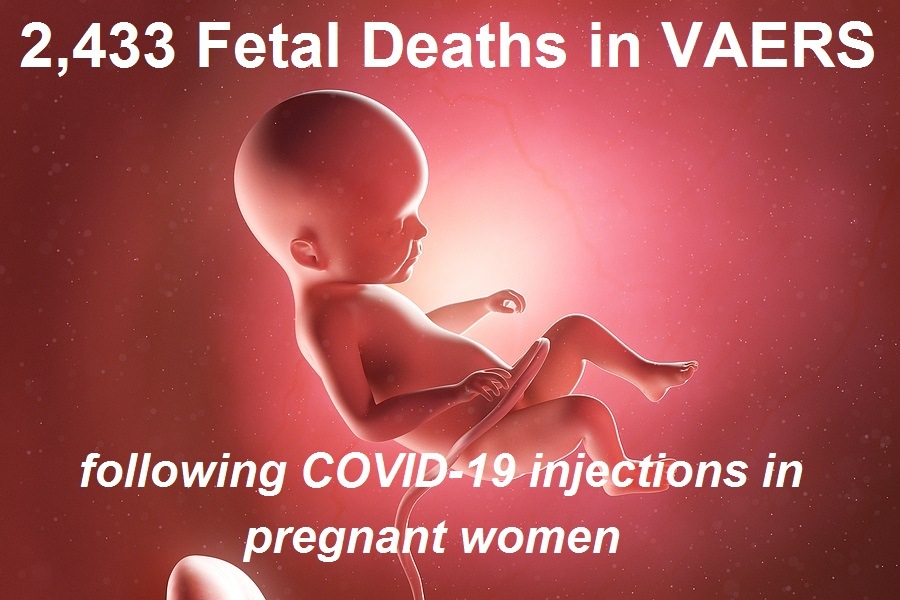 There have now been 2,433 fetal deaths recorded in VAERS (Vaccine Adverse Event Reporting System) from pregnant women who have been injected with one of the COVID-19 shots. (Source.)

The vast majority of these have been from the Pfizer shot (1,862 deaths) and the Moderna shot (656 deaths.)

Last month (October, 2021) the New England Journal of Medicine admitted that the original study used to justify the CDC and the FDA in recommending the shots to pregnant women was flawed. (Source.)

Since then, researchers in New Zealand have conducted a new study on the original data, and concluded:

A re-analysis of these figures indicates a cumulative incidence…

Fox News contributor Tom Homan reacted to the report, accusing the White House of ‘lying’ to the American people. #FoxNews

A rescue dog in South Africa bravely risked her life to protect her family when armed intruders entered their home.

Last year, the Lamont family adopted a young crossed Malinois named Kei from the Boksburg SPCA. It was love at first sight when they met her, but little did they know that the rescue dog was going to save their lives.

In the early morning hours of October 3rd, two armed robbers broke into the Lamont home in Lakefield, Benoni, South Africa. The invaders made their way upstairs to where the family slept.Facebook

One robber entered the main bedroom, while the other went into the eldest daughter’s bedroom, gun in hand. He didn’t know that Kei was also on the bed watching over her best friend. The dog immediately sensed danger and darted across the room before the criminal could get through the door.

Kei attacked him with great force, and the intruder retreated back into the hall and ran down the stairs, leaving a trail of blood behind him.

But as he fled, he shot and killed the family’s Biewer Yorkie, Holly. As tiny as she was, the pup risked her life to protect her family.Facebook

Kei continued to chase the man down the stairs and into the kitchen, where he pulled the trigger and shot the dog in the face. It left the poor dog wounded and stunned, giving the attacker a chance to escape.

The dog knew she had to get help, and despite hurting from her injuries, Kei made her way out to the gate to alert a neighbor she was friendly with. Surveillance footage from that morning shows her pacing up and down the gate, trying to get the attention of the homeowners. However, she couldn’t bark because the bullet had shattered her jaw.

With no luck, Kei ran down to the lake, a place she was familiar with, hoping to find help.

Meanwhile, the Lamont family frantically looked for her, driving out into the streets to find her. Forty minutes later, they found Kei lying on the grass by the water. They contacted the Boksburg SPCA, who came to the scene immediately and helped the family.Facebook

Kei was brought to an after-hours vet, where they stabilized her and gave her lots of morphine. Things didn’t look great for her then. Later that morning, she was X-rayed, and the results revealed that the bullet had entered the side of her nose, shattered two top molars, severely injured her tongue, and had broken her jaw.

On October 7, Kei underwent major jaw surgery. However, doctors found that the damage is quite severe and that her tongue will need further treatment. More bullet fragments were also found in her jawbone. A few days later, she was released from the hospital and had to be tube-fed.

According to specialist Professor Steenkamp of the Onderstepoort Veterinary Academic hospital, Kei will need a plate in her jaw and a possible bone graph.

“This is a beautiful example of how an unwanted, cross breed, SPCA animal can go from ‘zero to hero,’” the Boksburg SPCA wrote on Facebook. “There are thousands of dogs just like Kei sitting in SPCAs around the country, waiting to be adopted. Look after your pets and we promise, they’ll look after you!”Facebook

In an update posted on October 26, the Boksburg SPCA reported that Kei had been taken off tube feeding and could start eating soft food. In three weeks, she will undergo a big operation once the titanium plate and prosthesis are completed.

“Words cannot express how unbelievably grateful we are to all of you wonderful, kind hearted people out there,” the Lamonts said. “…We are so blessed and your acts of kindness have helped ease the trauma for us. THANK YOU to each and everyone of you for all you have done for our Kei and our family.”

The Lamont family has started a fundraiser to help pay for Kei’s surgeries, and they have decided to donate all the remaining funds to the Boksburg SPCA in honor of their beloved Holly, who is now in doggy heaven.

Here’s to hoping that Kei makes a full recovery soon so that she can go back to spending time with her family!

***Did you enjoy our feel good and positive story? You can help support our site by simply SUBSCRIBING and sharing our stories to your friends and family.