First Lady Melania Trump channeled supermodel chic by wearing a whimsical Alexander McQueen dress that was created by student fashion designers — many of whom were minorities.

The dress, which is called “Dancing Girls,” was part of the McQueen fashion house’s goal of celebrating unity during the coronavirus crisis.

There, President Trump vowed that unhinged leftists will never tear down Mount Rushmore.

The white sleeveless dress that Melania wore features abstract line drawings of “dancing girls” that were created by fashion students.

“This dress has a greater meaning,” Glass magazine reported. “Every single member of the team contributed to the embroidery by hand…Alexander McQueen aims to nurture and contribute to the success of young designers and creatives, and this sense of community that went towards one single dress proves this.”

A photo of the designers who created the “Dancing Girls” dress shows that several were black/brown students. The aspiring fashion designers were all credited with the design of the dress.

Clueless leftists breathlessly mocked Melania’s dress. They thought they were so clever that they repeated the same left-wing talking point/joke.

One man tweeted: “Looks like Donald took his Sharpie to Melania’s dress.”

Looks like Donald took his Sharpie to Melania’s dress. pic.twitter.com/vafal1tjK4

Another Trump-hater chimed in: “Donald Trump got bored and drew all over Melania’s white dress with a sharpie on Air Force One.”

Donald Trump got bored and drew all over Melania’s white dress with a sharpie on Air Force One pic.twitter.com/iFQ0C8VI7i

One bleated: “Melania pulled a plain white dress for her evening in North Dakota and before they left Trump took a sharpie marker to it.”

Melania pulled a plain white dress for her evening in North Dakota and before they left Trump took a sharpie marker to it. pic.twitter.com/8tWiTykUvT

One woman tweeted: “Social media made fun of Melania’s dress she wore last night. They said it looked like President Trump scribbled on it with a marker. It is a dress designed by Alexander McQueen using sketches drawn by victims of child sexual abuse to describe their feelings.”

❤️ Social media made fun of Melania’s dress she wore last night. They said it looked like President Trump scribbled on it with a marker. It is a dress designed by Alexander McQueen using sketches drawn by victims of child sexual abuse to describe their feelings ❤️ @FLOTUS pic.twitter.com/p2hsN5Kl1C

Actor James Woods underscored how gorgeous Mrs. Trump looked and that it amused him to see leftists get so triggered by her.

Woods tweeted: “Melania turns on that million megawatt smile and the liberals go into troll purgatory for a month. They lose their warped little minds. It’s just delicious!”

Melania turns on that million megawatt smile and the liberals go into troll purgatory for a month. They lose their warped little minds. It’s just delicious! pic.twitter.com/pLfs67qiGK

By wearing the McQueen dress, Melania Trump unwittingly trolled haters into trashing a design created by students whose goal was to send a message of unity.

Trump-haters proved once again that hate and destruction is what drives them.

President Trump has repeatedly said that he could not be prouder of his wife for her grace under pressure.

Melania is relentlessly criticized and mocked by the snarky left-wing media, which claw at her because they hate her husband.

The situation has gotten so out of hand that even the mild-mannered Canadians have noticed the brutal treatment Melania receives as the first lady.

“If you think your holiday obligations are endless, consider, for a moment, Melania Trump,” observed a Canadian columnist, who noted that Mrs. Trump’s job comes with “no paycheque and a chorus of criticism.”

The CBC also noted how Melania is dissed around the clock while most political spouses in other countries fly under the radar. “It’s ridiculous to expect the spouse of a president to be a domestic superstar,” the CBC remarked.

Despite being relentlessly attacked by anti-Trumpers, Mrs. Trump calmly shrugs off her haters. Nothing enrages haters more than the realization that their vitriol doesn’t affect their targets.

“I love Washington,” Melania has gushed. “We love to live in the White House. We are very honored to serve our great nation.”

The First Lady said she stays happy despite the constant negative press coverage because she focuses on what’s important: Being a great mom and wife who leads a meaningful life.

“I want to live a meaningful life, and that’s the most important thing to me,” Mrs. Trump said. “I know what my priorities are and I’m focused on that.”

This woman has never been on the cover of a national fashion magazine… pic.twitter.com/rok3gYWGTg

California couple paints over ‘Black Lives Matter’ sign: ‘This is not happening in my town’

With political correctness and economic uncertainty at a high these days, ad revenue only goes so far to keep an independent site like BizPacReview.com going. If you enjoy our articles, please consider supporting us with a direct contribution of as much or as little as you can give. Your donation will ensure that we continue to bring much-needed credibility to today’s media. 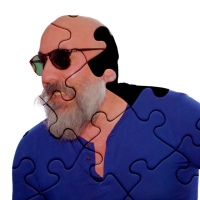