Stop killing dogs in Ukraine Because of the coronavirus, human stupidity, misinformation, and false information have killed thousands of cats and dogs in many countries around the world, including China, blaming them for the pandemic. Fortunately, it has been proven that animals do not transmit the virus, but many people do not know it and animals continue to suffer from torture and are killed in the worst possible ways. In China they have already stopped with the murder of dogs in their vast majority, but in countries like Ukraine they still think that they are responsible for or transmitters of the coronavirus, so they are shot, poisoned or beaten to death. They are captured, locked up in small cages where they all live piled high, and then killed without mercy, out of simple ignorance. We must ask the Ukrainian government and its President to do everything humanly possible to protect the lives of the dogs that are being brutally killed, because it has been shown that they do not transmit the virus nor are they responsible for the pandemic, on the contrary, they are as victims as us, or even more.

Comment submitted to the NRC by a nearby resident:
“Hello, i am commenting on Docket ID NRC-2020-0082. i am a resident of middletown pa. and have lived in middletown prior to the 1979 accident / near meltdown at TMI unit 2. i have been active in civic, community, Church and school functions/activities/programs to enhance the daily life activities of the middletown area for more then 40 years.

The request by ENERGY SOLUTIONS to transfer the unit 2 license sounds to me to be very novel. i am referring to the uniqueness of this request when we review the historical national scope of decontaminating and dismantling in the united states of nuclear power plants.

A Special Campaign of the American TFP Return to Order Logo Netflix has resurrected a series titled Lucifer which centers around the devil as a “likeable” character and victim of an “overbearing” God. According to reports about the film: “Lucifer Morningstar” (the devil) is portrayed as “charming, charismatic and devilishly handsome”; Lucifer is described as “the son of God”; One female character is described as being the “ex-wife of Lucifer’s dad” (i.e., the ex-wife of God); In the show, Lucifer refers to God thus: “Hey, he’s my father, not yours. I can say whatever I want about the guy. I quit Hell because I was sick and tired of playing a part in Dad’s plan. I believe in free will, not the tyranny of all his predestination hoo-ha”; Lucifer continues: “Do you think I’m the devil because I’m inherently evil or simply because dear ol’ Dad decided I was?”; Clips show plenty of gyrating, scantily clad dancers, sexual innuendos, glorify a party lifestyle; Lucifer is portrayed as a fun loving young man while God and his angels are seen as apathetic and arbitrary. (Sources: ChristianNews.net; TV-Calling.com) This is a disfigurement of God’s order and reverses the roles of good and evil that God condemned: “Woe to you that call evil good, and good evil: that put darkness for light, and light for darkness…” (Isaias, 5:20) Please sign our petition, urging Netflix to cancel this blasphemous series. Sign your petition now! Name* Email* Petition Text To: Netflix, I am appalled that you have resurrected the show ‘Lucifer,’ which portrays Satan as an innocent and likable character, and makes the Laws of God appear arbitrary. This is a dangerous blasphemy that inverts the roles of good and evil and a serious offense to Christians worldwide. I urge you to cancel this series. Stop promoting the devil! Sincerely, Keep me updated via-email on this petition and related issues. 60,984 Signatures Old Goal: 20,000 , 30,000New Signature Goal: 50,000 © 2020 Return to Order.

“Kinder Morgan Louisiana Pipeline LLC. (KMLP) requests a modification to Waiver Conditions section (28)(a) of Special Permit — PHMSA-2006-25803. Section (28)(a) states:
(28) Gas Quality Monitoring: Gas quality monitoring equipment must be installed to permit the operator to manage and limit the introduction of contaminants and free liquids into the pipeline. An acceptable gas quality monitoring and mitigation program must be instituted to not exceed the following limits: (a) H2S (0.25 grains per 100 standard cubic feet or 4 parts per million, maximum); KMLP requests to be allowed to increase the amount of H2S it monitors from 0.25 grains per 100 standard cubic feet to 0.50 grains per 100 standard…

Beloved pets face neglect or even homelessness due to the pressures of the COVID-19 pandemic, but the Dakin Humane Society in Massachusetts is allowing people who get seriously ill with coronavirus or COVID-19 to temporarily surrender their pets until they are well. Tell the Humane Society of the United States to put a similar program in place around the country so that owners who get sick can be reunited with their beloved pets after they recover from COVID-19. 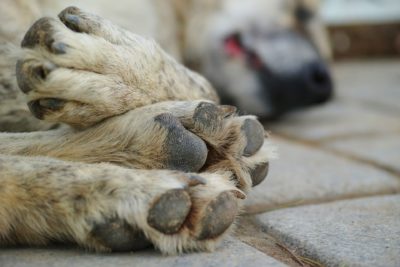 A dog suffered a slow death after she was allegedly abandoned without access to food. Though multiple concerned neighbors reported her desperate howls, rescuers could not legally breach the house due to property rights and bureaucratic red tape. Demand that animal lives be placed over property rights.

Snow happens in April, we’ve even had some snowflakes in May, but there is one late-season snowstorm that ranks way above the rest. The major storm that fell from April 27-29 in 1928 with the bulk of the snowfall coming on the 28th. There was widespread snow between a 1.5 to over 3 feet of snow. This storm helped Somerset to achieve the highest April total snowfall in the state of 38.5″.

What makes this storm so special and damaging was not just because it was one of the heaviest snowfalls ever for the region, but it fell when there were leaves on the trees. This combined with the snow being heavy in weight brought down a tremendous amount of trees, limbs, roofs and entire buildings.

The storm started to form as an area of low pressure was shifting from Texas to the Gulf of Mexico. The Gulf is warm at this time of the year and there was a chilly air mass sinking from Canada into the Central United States.

The storm’s pressure was falling rapidly on the morning of the 27th as it started to turn northward over the Southeast. Thunderstorms raked south of this storm but a windswept rain and snow was spreading northward along the Appalachian Mountains.

The storm bombed (a word for rapidly dropping pressure that is now being nicknamed as bomb cyclones) as it moved to the Mid-Atlantic coastline by the morning of the 28th. This is when the heaviest snow was falling across Central Pennsylvania. A perfect track that hit us while places like Pittbsurgh and to the west got little to no snowfall.

This storm made headlines. For it’s destruction.

Roofs were collapsed and keep in mind that with the leaves on the trees, there was that much more area for the snow to cling to and bring down more debris. It was a time before snowplows and modern technology. The area was crippled but fortunately, in late April the snow does not stick around too long.

This storm was one that became a topic of meteorological studies. Categories: Local News, Weather, Weather Headlines, Weather Stories Loading …

This wicked man was witnessed slamming his dogs onto the ground, and dragging them across pavement!

Add your name if you want to punish him FOR REAL.

His name is Bryan Ellis.

He was seen by neighbors doing unspeakable things to two helpless dogs.

“They described Ellis picking up the white dog and throwing the dog to the ground several times, while also hitting the dog.

“One of the witnesses saw the white dog walk away limping and vomiting.

“The brown pit bull had been dragged along the road surface by Ellis and was now safe at a nearby home, also vomiting.

“Both dogs appeared badly injured according to all witnesses,” according to a statement from the Yavapai County Sheriff’s Office.

“When deputies examined the brown dog, they say they noticed that its front paws were scraped and bleeding,” reported AZ Family.

All those poor dogs wanted to do was give this man their love.

All they got in return was horrible abuse.

What kind of human being could even think of doing this?

We have to protect innocent animals from people like Brian Ellis.

Senator Bernie Sanders has been a long-term advocate for animal rights, and has co-sponsored numerous pieces of legislation to protect endangered species, as well as to combat animal cruelty.

That’s why we’re asking him to lead a movement in Congress that would prevent convicted animal abusers from ever owning animals again.

Don’t you want to save other dogs from suffering the fate of those two?

Then add your name to ask Senator Sanders to draft legislation that would prohibit animal abusers from owning animals!