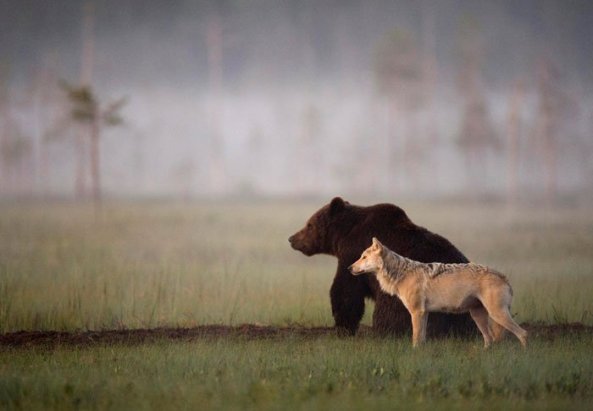 Finnish photographer Lassi Rautiainen captured the amazing sight of a female grey wolf and a male brown bear. The unlikely friendship was documented over the course of ten days in 2013. The duo was captured walking everywhere together, hunting as a team and sharing their spoils.

Each evening after a hard of hunting the pair shared a convivial deer carcass meal together at the dusk in the wilderness.

They hung out together for at least 10 days.

“It’s very unusual to see a bear and a wolf getting on like this” Finnish photographer Lassi Rautiainen, told the Daily Mail in 2013 when he took these surprising photos. “From what I could find, it’s actually the first time, at least in Europe, where such a friendship was developed.”

“No-one can know exactly why or how the young wolf and bear became friends,” Lassi continued. “I think that perhaps they were both alone and they were young and a bit unsure of how to survive alone…It is nice to share rare events in the wild that you would never expect to see.”

Lassi’s guess is as good as any, as there are no scientific studies on the matter, and it is very hard to find such cases – especially in the wild. 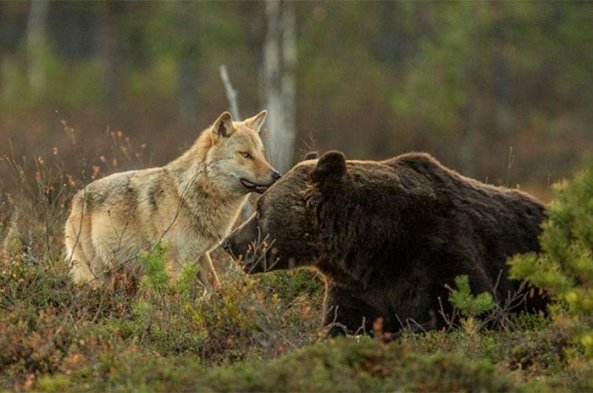 “It seems to me that they feel safe being together,” Lassi adds. 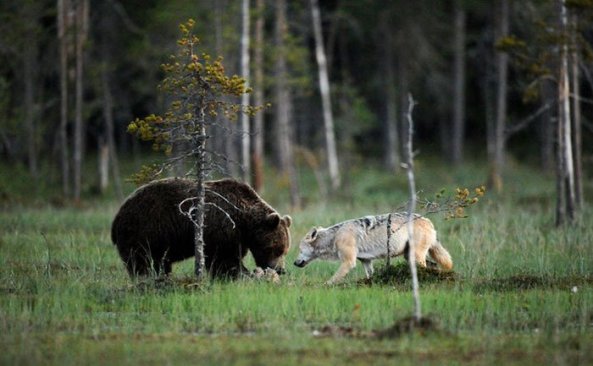 The duo comes from two species that are meant to scare everything the meet. However, this male bear and female wolf clearly see each other as friends, focusing on the softer side in one another and eat dinner together. 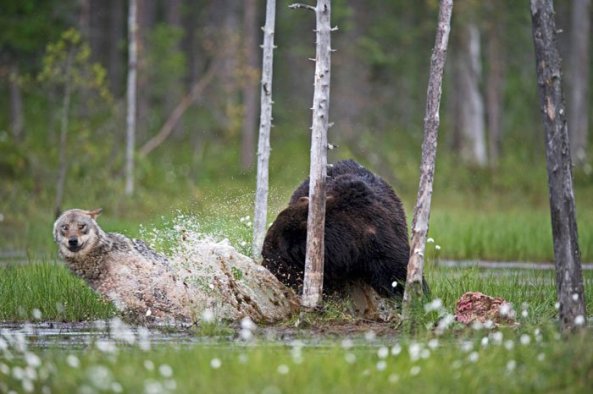 The heart touching pictures of the unusual duo was captured by nature photographer Lassi Rautiainen, in the wilderness of northern Finland.

Rare pictures depict the bear and the wolf sharing a meal in leisure!

The friendship looks like something straight out of a Disney movie.

Nature never ceases to amaze us. While scientists are baffled by the unusual friendship, the pair seems to be enjoying each other’s company.

“No one can know exactly why or how the young wolf and bear became friends,” said Lassi. “I think that perhaps they were both alone and they were young and a bit unsure of how to survive alone”.

The friends were seen meeting up every night for 10 days straight.