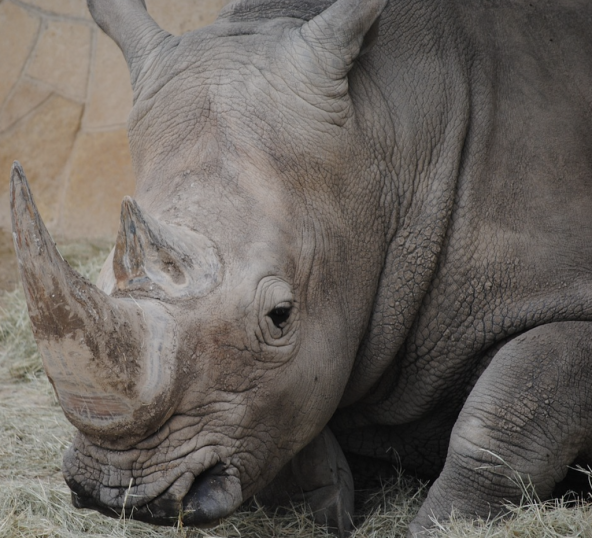 As reported by WAN earlier this year, six critically endangered black rhinos were translocated to a national park in the Republic Of Chad in North Central Africa from South Africa, to reintroduce the species after a nearly 50-year absence.
On October 22nd, WAN shared the tragic news that two of the six black rhinos died after their carcasses were found in Zakouma National Park.
Today, WAN sadly mourns the death of another two of the endangered black rhinos.
In a joint statement, the Governments of South Africa and the Republic of Chad, along with African Parks and SANParks, confirmed that the total mortalities has now grown to four, but stated that none of the deceased rhinos had been poached.
While the cause of their deaths are being investigated, the statement continued to explain that, “On the advice of a team of veterinarians experienced in working with black rhinos, the remaining two animals are being recaptured and placed in holding facilities in order to facilitate closer management.”
A SANParks veterinarian was dispatched to Zakouma National Park to assist with the process and one rhino has since been captured and is reportedly doing well in their enclosure.
Meanwhile, post-mortems have been conducted on the rhino carcasses and various samples of blood, tissue, and fecal matter were sent to specialist pathology laboratories in South Africa. Histopathological results thus far have not indicated infectious diseases or plant toxicity as the cause of death. Serological evidence has however indicated exposure to trypanosomes, a blood borne parasite transmitted by tsetse flies, but at this stage it is not suspected to be the cause of the mortalities.
Low fat reserves suggest that maladaptation by the rhinos to their new environment is likely the underlying cause, although tests to be taken on brain and spinal fluid may shed additional light on their exact cause of death.
The Governments of the Republic of South Africa and the Republic of Chad, including SANParks and African Parks remain active, as efforts continue to be made to establish clarity around the exact cause of death of the four black rhinos, and to safeguard the remaining two animals.
The six rhinos had been held in bomas in the national park for two months after their arrival in Chad on May 4th, before being released into a temporary sanctuary for another two months to enable their acclimation to their new environment.
In late August, the sanctuary fence was removed and the rhinos were allowed to roam freely in the park where they continued to be monitored.
The translocation took place in terms of a Memorandum of Understanding between the two countries on the reintroduction of black rhinos in Chad, undertaken to restore critical biodiversity and aid the long-term conservation of the species on the continent.
There are only an estimated 5,000 black rhinos left in the wild in Africa.

2 comments on “Heartbreaking News! 2 More Of The 6 Endangered Black Rhinos Relocated From South Africa To The Republic Of Chad Found Dead; Only 2 Remain – World Animal News”