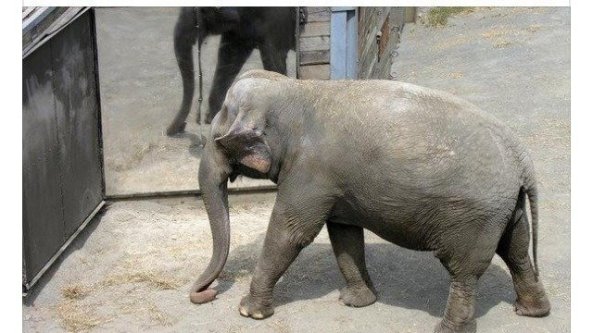 Joann Burrows started this petition to Director of the Bronx Zoo James J. Breheny and 1 other

The Bronx Zoo has been given the shameful title of the 5th worst zoo for elephants in the country. The New York Times calls Happy the Bronx Zoo’s loneliest elephant. That’s because this highly intelligent and social being is one of the only zoo elephants in the entire United States who is being held alone. And it looks like her living conditions won’t change anytime soon unless we do something about it.

I am asking you, my fellow animal lovers, to encourage the Bronx Zoo Director James J. Breheny to release Happy to a sanctuary where she can be in a more natural setting and live the rest of her life in peace.

New standards regarding the keeping of elephants were recently passed by the Association of Zoos and Aquariums (AZA), the accrediting organization for American wildlife institutions. Among their recommendations was that elephants be held in groups of three or more, as they are highly social creatures. Now, zoos around the country are scrambling to comply with the regulations by AZA’s 2016 deadline. Yet, the Bronx Zoo seems steadfast in its opinion that Happy is “happy” with her solitary life. This goes against all scientific data about elephant behavior.

Happy and 6 other elephant calves were captured in the wild from Thailand and brought to the States in 1977. For 25 years, she and her companion, Grumpy, were kept as a pair in the Bronx Zoo. When Grumpy passed away, she was paired with Sammy, who sadly died in 2006. It was then that the zoo decided to end its elephant program, but it didn’t relocate the elephants it currently had.

For 10 years, Happy has been in a sort of solitary confinement, unable to truly interact with the other elephants held at the zoo. This is a social being like a monkey or a dolphin. Elephants thrive in the company of their own kind, where they form multi-generational family groups that remain loyal to one another for life, and the elders pass wisdom down to the younger ones to help them navigate their world.

Happy is likely not at all happy. She has endured a decade of loneliness and deserves the chance to be with others of her kind in a sanctuary. Please join me in telling the Bronx Zoo to release Happy to a sanctuary and let her really have a chance at happiness.