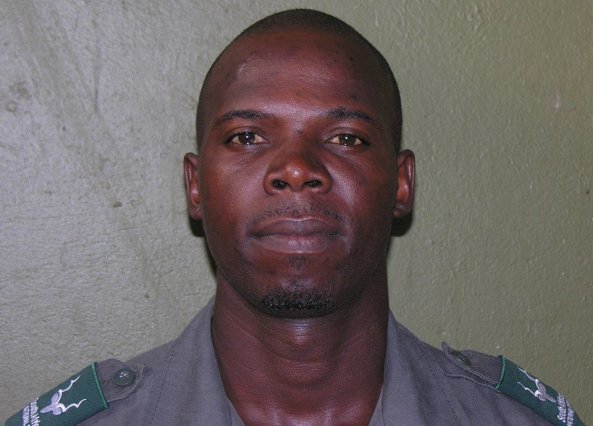 R.I.P. Ranger Respect Mathebula
While still mourning the tragic death of one of their own late last month, members of the Rangers Corps in South Africa are responsible for the recent arrests of 23 suspected rhino poachers in Kruger National Park (KNP).
Tragically, as previously reported by WAN, on Thursday, July 19th, Respect Mathebula became the second Ranger casualty since 1958 involving a poacher contact in Park. Mathebula was shot after making contact with a poaching group that they had been tracking.
As per the organization, Respect joined SANParks in February 2015 as Field Ranger at Shangoni Ranger Section. In July 2016, he moved to Crocodile Bridge Section in the same position and worked there until he passed away.
In a statement released earlier this week by South African National Parks, Managing Executive of KNP, Glenn Phillips commended the work of the Rangers saying they are resilient in the aftermath of the tragic loss of a colleague.
“The arrests are a sign that the Spirit of Respect is being honored by the Rangers Corps,” noted Phillips. “Further to this, the fact that no poachers were wounded or killed in these contacts is a clear demonstration of the professionalism and discipline that embodies our Ranger Corps.”
According to Phillips, there has been relentless poacher activity since Mathebula’s passing, with 156 incidents reported including contacts.
“We are still making a plea to our neighbouring communities to help us in this fight by exposing those who are exploiting their children, husbands, and relatives to hunt rhino illegally,” continued Phillips. “These people do not have the welfare of the communities at heart but are criminals without a conscience, and they need to be put behind bars for a long time for their criminal acts.”
The 23 arrested suspects were also in possession of 10 high calibre rifles and poaching equipment. They will be facing charges related to poaching and possession of unlicensed firearms and ammunition.
“Very few people have the courage and necessary skills to perform this important task other than Rangers, in which Respect was and will forever be part of. Etlela hi kurhula Respect – May your soul rest in peace,” the organization shared in a tribute to the lost hero who left behind his wife, Wisdom Ndlovu, their four children, five brothers, two sisters and all other family members. “You upheld the Ranger values and flew the SANParks flag high with honour. We are poorer with your absence but will continue where you left off.”
WAN salutes Mathebula and his fellow Rangers who continue to work tirelessly and selflessly to protect some of the world’s most endangered species from some of the planet’s most egregious predators, greedy humans!