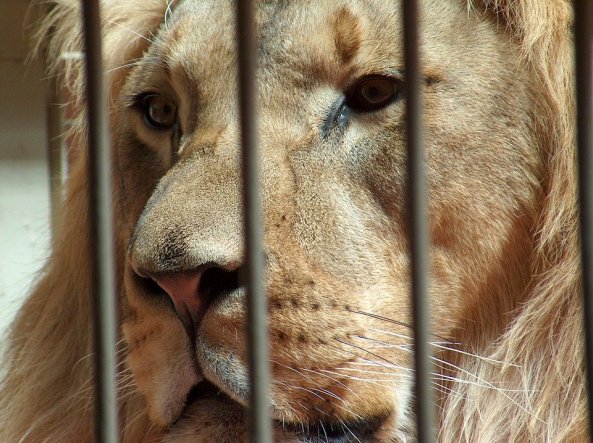 A federal bill that aims to end the private possession of big cats such as tigers, lions, leopards, and pumas as pets, as well as to stop cub petting and limit exhibitors to those who do not repeatedly violate the law, has been re-introduced in the United States Senate.
Senator Richard Blumenthal of Connecticut supported the re-introduction of the latest version of the Big Cat Public Safety Act HR1818, which was originally introduced to the House in March 2017 by Rep. Jeff Denham.
Recent national headlines have documented public outrage at the inhumane display of a tiger at a high school prom in Miami, Florida, alarm as federal agents discovered a tiger cub in a duffel bag at the U.S. Mexico border, and confusion when a young tiger was spotted roaming a Texas neighborhood.
Such examples underscore the public’s growing concern about the treatment of big cats­­ and the sponsors of the Big Cat Public Safety Act have made it clear that they are listening.
By reintroducing the BCPSA, senators from six states across the nation are joining more than 130 bipartisan members of the House of Representatives in calling for an end to the unregulated trade and nationwide abuse of captive big cats.
“This common-sense bill is an urgently needed answer to the problem of big cats kept in unsafe and abusive situations around the country,” Prashant Khetan, CEO and general counsel of Born Free USA, one of the numerous animal welfare organizations that are supporting this bill, said in a statement. “Thousands of big cats are currently owned as pets or maintained in ill-equipped roadside zoos and menageries, which pose a severe risk to the safety of people in surrounding communities, as well as the welfare of the cats themselves. It’s about time that we had a federal law that can serve to stop this inhumane practice around the country.”
The bill, if enacted, would keep dangerous big cats out of the hands of private individuals, breeders and exhibitors with egregious, ongoing Animal Welfare Act citations, and unscrupulous menageries that have historically taken advantage of loopholes to circumvent existing restrictions. The BCPSA would close these loopholes while providing exemptions for qualified wildlife sanctuaries and exhibitors licensed by the US Department of Agriculture that meet basic standards intended to protect the public and animals.
“Relying on accredited sanctuaries to take in unwanted and usually neglected big cats is not a viable solution to the big cat crisis in this country,” said Carole Baskin, founder and CEO of Big Cat Rescue. “When big cats are wrongly kept as pets or cruelly exploited in entertainment businesses, they often endure tremendous suffering for years in deplorable conditions with inadequate nutrition, and little, if any, veterinary care. Then, when the owners no longer want the cats or they are seized by the authorities, the substantial financial burden to house, feed, and provide long-term vet care for these big cats falls upon sanctuaries. The Big Cat Public Safety Act will finally address the inhumane treatment of the vast majority of big cats in America.”
Baskin noted that it costs Big Cat Rescue $10,000.00 per year for food and vet care for one tiger.