Since 1990, beekeepers have noticed a drastic decline in the bee population. Bee colonies have been disappearing left and right due to the excess use of Neonicotinoids. These chemicals are harmful to the species and are causing a pandemic for these honeybees. Before planting, some might use a product by Monsanto or Bayer to help the plants with pesticides. By doing this, though, they have made it so when a bee goes to pollinate, it will get sick to the point where it will not be able to survive. More and more bees have not been able to live through the winters because of the harmful chemicals left in their bodies. Without bees, we will lose a drastic amount of agricultural products, which will hurt not only the food industry, but our economy.

This petition is to ban the use of neonicotinoids in our pesticides. It is far more harmful to the insects and is killing off species. We must make a change if we do not want to see our food die off or become unsustainable. The bees are far more important to the human race than we make them out to be. Not only do they provide honey, they pollinate our agriculture and give us a source of food. We must save the bees to save ourselves. 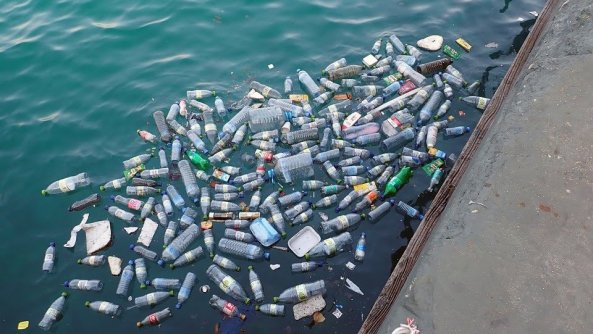 The video is tragic and heartbreaking. An enormous whale shark hoisted onto the side of a vessel by commercial fishermen in Thailand. Unfortunately, the whale wasn’t freed in time to survive. Even worse, the whale shark was reportedly seen giving birth while hanging off the side of the ship, and the baby died as well. We must do more to protect these amazing animals.

Whale sharks are the largest fish in the sea, and gentle filter-feeders. Due to their slow moving, wide-ranging nature, the species is incredibly vulnerable to extinction.

Scientists understand very little about the species, but some think they are a world-wide population, not subdivided by regions. If so, that means what happens in Thailand, affects the whale sharks well-known to feed in specific areas in the Gulf of Mexico, and vice versa.

Help defend whale sharks across the globe by demanding their known habitat is protected from fishing and other damaging activities, such as oil and gas exploration. Right now, the National Oceanic and Atmospheric Administration (NOAA) is considering expanding marine protected areas in the Gulf of Mexico. Unfortunately, the proposal they are currently supporting excludes the most important whale shark habitat identified in the Gulf, a coral area off the coast of Louisiana known as Ewing Bank.

Urge NOAA to move forward with expanding the Flower Garden Banks, and protect as much marine wildlife habitat as possible, including Ewing Bank.

The oil and gas industry is pushing hard against any expansion of the marine sanctuary, as they don’t want to give up even an acre of potential oil drilling or development. It’s urgent that you sign & share the petition to expand the sanctuary to protect whale sharks and other marine wildlife.

This severely impacts us, future generations, and our precious marine life. It is estimated in the year 2050 there will be more plastic than fish in our oceans.

I would like to see Starbucks, the company I work for, help lead the way to shrink our footprint on the planet. Plastic straws are too lightweight to be recycled, and oftentimes are made out of the same plastic as Styrofoam which CANNOT be recycled. There are many different alternatives to plastic straws! Many companies have started using compostable straws or paper straws.

Plastic straws can be horrible for wildlife. The photo above is from a painful-to-watch video of researchers in Costa Rica struggling to remove an obstruction from the nasal passage of a sea turtle. During the cringe-inducing effort, they realize they are battling a cocktail straw.

I believe we can help the world’s largest coffeshop chain make the switch too. If Starbucks sees this petition filled with thousands of people that care about our environment I am positive that this environmentally responsible corporation will make a change for a healthier planet.

51,961 SUPPORTERS – 55,000 GOAL
Here in America, not too many people will recognize the names Ah Lin Tuch and Phoun Raty. But in their homeland of Cambodia, they are making headlines for all the wrong reasons. The husband and wife team have enraged Cambodian netizens after they uploaded videos of themselves eating endangered and protected Cambodian wildlife on YouTube.

Ah Lin Tuch and her husband Phoun created a name for themselves and gain a following online in hopes of making a living from their disgusting clips. To date, they have already made $500 via Google sponsored advertisements.

The couple says they didn’t know the animals were endangered or special but ignorance is no excuse, especially since their actions could have encouraged others to do the same. One of the most disturbing videos is when they eat a rare fishing cat. In 2010 the cat was listed as endangered and has only recently been uplisted to the more hopeful status of “vulnerable.”

The couple also filmed themselves skinning, cooking and eating lizards, frogs, and birds including a large heron.

While the government is investigating them, there is one more way we can make sure Ah Lin Tuch and Phoun Raty’s dreams of making money off animal abuse never come to fruition.

We must ask YouTube to ban this couple’s channel from their website and ensure they can never profit again from killing endangered animals. Please sign the petition and help make sure their channel disappears from YouTube for good.