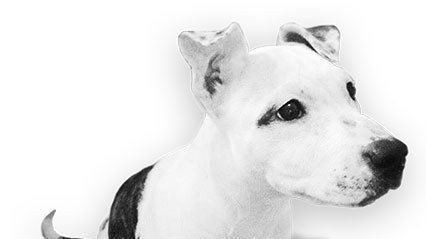 Thank you for supporting this petition for the past 4 1/2 years. As you all know, the trial of the man accused of brutally torturing and starving “Puppy Doe” is underway in a Dedham, Massachusetts courtroom and just this very moment we have learned that a verdict was announced!

Radoslaw Czerkawski is GUILTY of ALL 12 charges of animal cruelty!

Through daily testimony, we’ve learned more horrific details and information about Puppy Doe’s injuries and how she found herself the victim of a Craigslist pet ad.

Czerkawski admitted to purchasing Puppy Doe from a Worcester Massachusetts couple after responding to their Craigslist ad selling a young small pit bull named Kiya. That couple, according to their testimony, previously purchased Kiya from her original owner also via a Craigslist pet ad.

Kiya changed hands TWICE via Craigslist. That would mean that Kiya was passed off twice through a classified ad website ultimately ending up in the hands of a monster. If either owner had worked with a state approved rescue, or had conducted a thorough background check on potential adopters, instead of posting her on Craigslist like a piece of furniture, she might be alive and well in a loving home today.

Since Kiya’s death in August 2013 Craigslist have made zero changes to their policies for posting a pet ad. Simple changes might have prevented similar incidents where pets have fallen into the hands of abusers. Just as in 2013, Craigslist’s current position is that they do not allow the sale of pets on their site. The terms of this policy are the following: “no animal sales or breeding – rehoming with small adoption fee is ok.” Those of us in the rescue field know that these policies are not being enforced. There are countless ads posted by “backyard breeders” and others hoping to profit on the sale or transfer of an innocent animal. Craigslist appears to do nothing to stop this.

FEND will continue its efforts to represent the signers of this petition until Craigslist makes concrete changes to their policies.

Thanks again to all of you who have supported this petition since 2013 and for embracing FEND (https://fend.ngo). In addition to our Craigslist campaign, another important goal for 2018 is to raise funds to cover the costs to become an approved rescue organization in Massachusetts. This will help us grow our foster network and continue to expand our efforts to rescue and rehome displaced pets, many of whom we find via Craigslist.

We will post another update as soon as details on sentencing are released.

To see local news reports, including video, please visit the link below:

A man who starved his young husky to death and let the corpse rot for months will walk free and merely receive a small fine. Moreover, he will eventually be allowed to own animals again. Demand that the killer’s sentence be dramatically increased to include jail time and a lifetime ban on keeping pets.

Source: Man Who Starved Young Husky to Death and Left Dog to Rot Must be Properly Punished

A police dog became ill and could have died after he was allegedly poisoned. The suspects reportedly fed the dog a combination of marijuana and a sedative during the burglary of a police officer’s home. Demand justice for this poor dog.

A cat was found brutally mutilated, cut in half with a large, sharp instrument. No one has been arrested for this ruthless crime and the killer remains at large. Demand police solve this case so justice may be served.

There is no evidence that slightly less winter sea ice than the average since 1979 has had any negative impact on polar bear health or survival: the difference is simply not biologically meaningful to Arctic animals.

Polar bear on winter sea ice around the yearly maximum in the Beaufort Sea, 2010 (March 21).

“Sea ice in the Arctic grew to its annual maximum extent last week, and joined 2015, 2016 and 2017 as the four lowest maximum extents on record, according to scientists at the NASA-supported National Snow and Ice Data Center (NSIDC) and NASA.”

Except, what they don’t tell you is that 2006 had almost the same extent as 2018 and 2006 wasn’t far behind according to the official, averaged data presented at NSIDC’s Arctic Sea Ice News & Analysis: 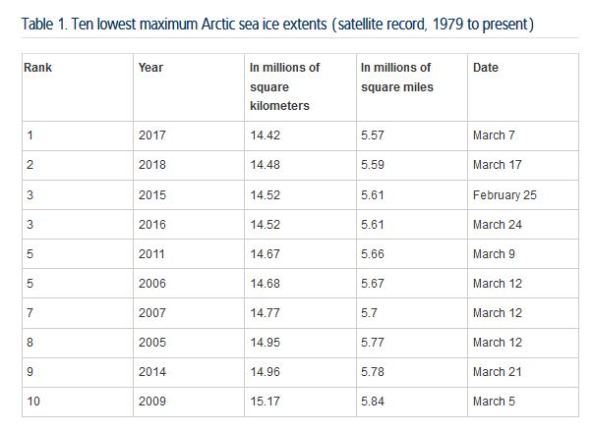 Current conditions at the winter…

March 20th, 2018 (Talitha Wolfe). Drums of highly corrosive hydrochloric acid have been dumped at sea near the renowned Bremer Canyon.