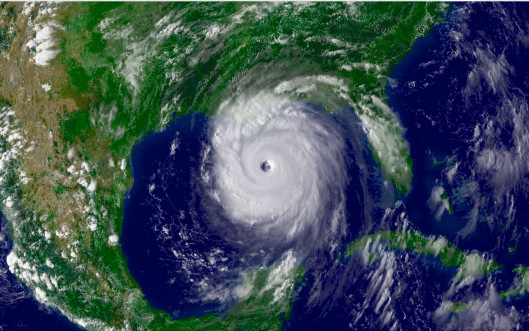 “Wetlands and barrier islands provide protection from the strong winds and storm surges of hurricanes. It is estimated that every 2.7 miles of wetlands reduces a storm surge by one foot. As erosion continues, and wetlands turn to open water, their ability to decrease approaching storm surges decreases and the risk of catastrophic loss of life and property from hurricanes is greatly increased.” https://www2.southeastern.edu/orgs/oilspill/wetlands.html 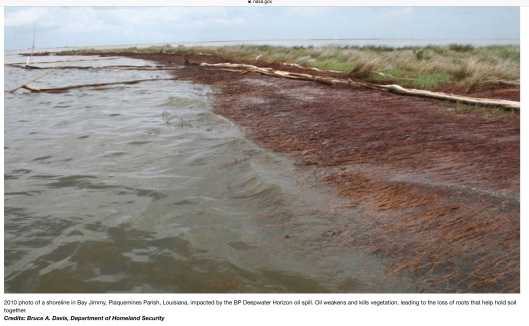 2010 photo of a shoreline in Bay Jimmy, Plaquemines Parish, Louisiana, impacted by the BP Deepwater Horizon oil spill. Oil weakens and kills vegetation, leading to the loss of roots that help hold soil together.
Credits: Bruce A. Davis, Department of Homeland Security

Dramatic, widespread shoreline loss is revealed in new NASA/U.S. Geological Survey annual maps of the Louisiana marshlands where the coastline was most…

The most important points are:

2. We want to see FWP protect wolves in this area and…

Mountain Lion (aka Puma) by Jitze Couperus. CC BY 2.0

A recent blog post by Dr. Mark Elbroch of Panthera’s Puma Program brings up an important issue. As Dr. Elbroch states, there is an old and pervasive belief that large predators compete with human hunters for antlered deer and elk. This is one of the many factors that has led to the persecution of animals like pumas (mountain lions, cougars, Puma concolor, etc.). However, a 2017 study by Dr. Elbroch and his colleagues calls this belief into question.

In this study, as well as in his blog post, Dr. Elbroch explains that trophy hunters prefer to target large male elk and deer. These individuals have large antlers, and are therefore more impressive than the rest. There is a financial demand for large, antlered ungulates that encourages game agencies to remove any factor that might decrease their abundance –including large predators.

Here is your opportunity to officially weigh in on the use of helicopters and motorized vehicles by the Bureau of Land Management (BLM) to round up wild horses and burros on the Public Lands.

Comments can be made in January and February 2018 for wild horse herds specifically targeted for round-ups in Idaho and Montana.

Please know that Equine Advocates is completely opposed to wild horses and burros being rounded up at all! With that said, getting rid of the helicopters and other vehicles which cause terror, suffering and in many documented cases, the needless injuries and deaths of these animals, would be an important step in helping to eliminate some of…

Despite holding dolphins captive in its theme park facility for over 40 years, Sea World on the Gold Coast has recently signed up to participate in a World first study to determine the state of welfare of its cetaceans.
It beggars belief that Australia’s premiere marine theme park, along with every other captive dolphin facility across the world, has never actually conducted any robust scientific-based research into what conditions optimize good welfare of cetaceans in their entertainment facilities. 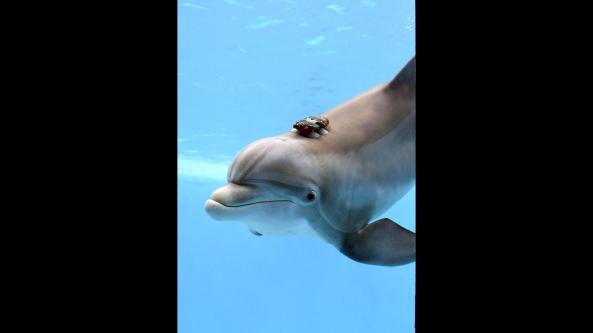 This World first multi Institutional study’s very first step is to “develop indicators of welfare,” yet Sea World claim they already know what those indicators are.

Trainers and staff at Sea World, during their talks and circus-like shows, regularly tell visitors to the park that the dolphins are like their family…

Watts Up With That?

At a recent public presentation titled “Whither the Weather” the most frequently asked question popped up once gain. “How do they know the temperatures from thousands of years ago, as in the Antarctic ice record.” I gave the standard answer about layers of ice, extraction of air from trapped bubbles and then comparison of the Oxygen 16/18 isotope ratio, which varies with atmospheric temperature. As always, people are dazzled by that, and even though they don’t understand, it sounds plausible. The trouble is that every time I give the answer, it triggers my long-term concerns about the nature of glaciers, glacial ice, entrapment of the bubble, and recovery methods of the air in the bubble. I spent hours discussing all aspects of glaciers and ice cores with the late Dr. Fritz Koerner, one of the few people to study glaciers in the Arctic and…

Cover of Handbook of Mammals of the World, Vol. 7

The welcome arrival of Volume 7 of the Handbook of Mammals of the World last week, hot off the press, reinforced my view that most animal protectionists and conservationists share a bias in favor of the “charismatic megafauna,” like pandas, whales, apes, and elephants, which precludes knowledge of both just how incredibly diverse the animal kingdom is and how many species are at risk due to the accelerated rates of endangerment and extinction we now see.

This is a satisfying little gem that goes well with any sauce, salads, or nachos. 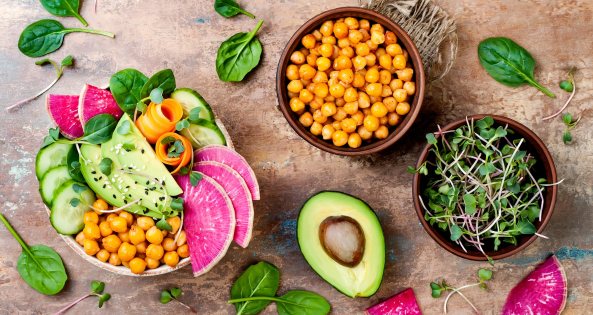 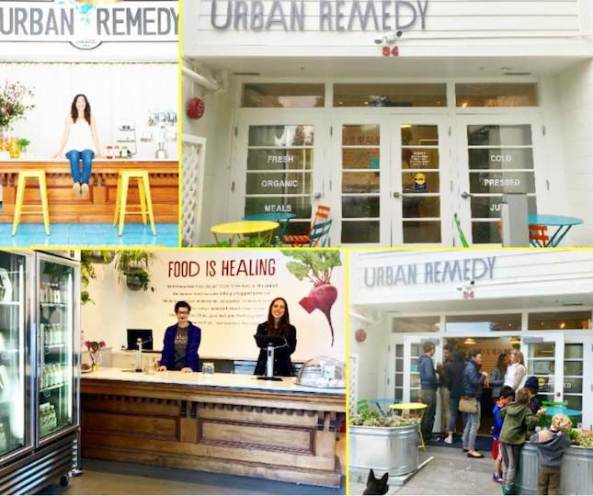 Jill Ettinger in Browse All News 2 days ago

The $17 million round of Series B funding comes via 301 Inc., the General mill investment group.

Urban Remedy said the partnership works because of a synergy between the companies.

“Having a partner that’s aligned with us not just on the values of the company but also in the vision of how we want to grow it, [was] huge for us,” said Urban Remedy CEO Paul Coletta. “Money is cheap today, there’s a lot of options out there for great businesses.”

Growth in the plant-based sector is being propelled by mainstream brands like General Mills, Nestlé, and Tyson Food recognizing the opportunities to expand categories and reach a market open to new options better for their health, the planet, and the animals. 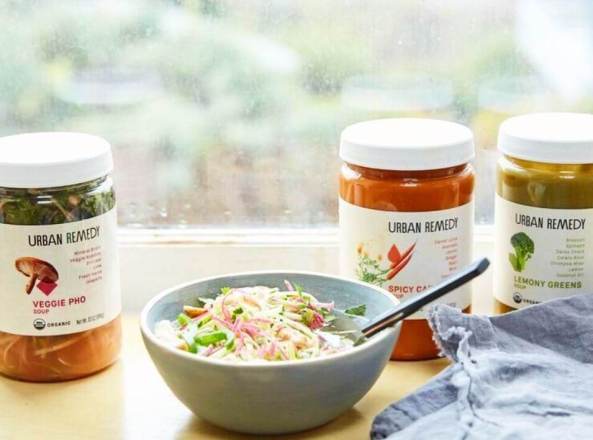 Tyson made headlines after it announced in 2016 that it would be investing in Beyond Meat, the Southern California startup making meat products from plants. Beyond Meat is best known for its Beyond Burger that looks, cooks, and tastes like meat.

Urban Remedy is making a name for itself in the Bay Area with refrigerated kiosks located inside select Whole Foods Markets. The branded kiosks sell prepared meals and drinks.

“As long as the consumer is telling us they want, we’re up for the challenge.”
Comments
general millsplant based foodvegan companies
Jill Ettinger :Senior Editor, LIVEKINDLY | Featured in VegNews, The Huffington Post, MTV, Reality Sandwich, EcoSalon, and Organic Authority. Los Angeles, CA | Contactable via: jill@livekindly.co

A large number of Monarch butterflies have been seen in their migratory funnel in Cape May. N.J. instead of across the Texas-Mexico border. This delayed migration is not normal, and it alarmed monarch researchers across the country. The Cape May stragglers were only a sliver of the record number of monarchs reported in the Northeast in November and December — news that sounded good initially to conservationists. But seeing butterflies so far north so late in the year suggested that few of these latecomers would reach their Mexican wintering grounds. Scientists fear that climate change is behind what they’re calling the latest monarch migration ev er recorded in the eastern United States, and they worry that rising temperatures pose a new threat to a species that saw its population hit record lows in recent years.

Known for their complex, improbable migrations, most monarchs embark on 2,000-mile journeys each…