“My wish for you is that you continue.
Continue to be who and how you are,
to astonish a mean world with your acts of kindness.
Continue to allow humor to lighten the burden of your tender heart.” 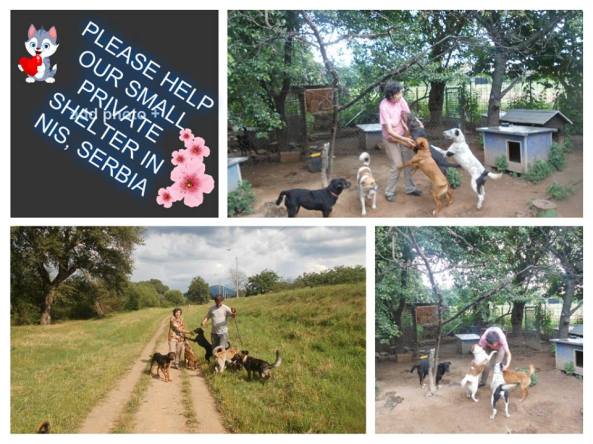 💝CAN WE HAVE SOME SHARES PLEASE FOR OUR AUGUST FOOD/VET APPEAL?..

WITHOUT DONATIONS WE CANNOT CARRY ON

We have a new fundraising portal for our August Food/Vet Fund Appeal and would be grateful if you would PLEASE consider a donation no matter how small: 🐾

You and I never have to fall prey to the devil! If we can shut every door, close every window, and seal every place in our lives through which the enemy would try to access us, we can prevent him from getting into the middle of our affairs.

One of the “entry points” the devil tries to use to enter our lives is relationships. If there is an unresolved issue or an ugly conflict with a loved one or friend, these conflict points often become entry points through which the devil tries to get a foothold in our relationships with those we love. Once the enemy is able to slip in through one of these “cracks” and build an offended place in our minds, then a wall has already begun to be constructed that will eventually separate us from the people we need and love the most.

So stated a recent newspaper article out of London. The study further revealed:

The article concluded, “Dishonesty is a fundamental part of life.” Certainly the Scriptures would concur, “Everyone lies to his neighbor; their flattering lips speak with deception… ” (Psalm 12:2)

What are some of the reasons people lie?

Someone sent me an amazing expansion of the Beatitudes (from Jesus’ Sermon on the Mount). There have been innumerable (and many famous) interpretations, expansions, and dramatizations of the Gospels, such as The Robe, Ben Hur, The Spear, The Great Fisherman, The Silver Chalice, many TV series, many movies, and even Mel Gibson’s The Passion of the Christ (one of the highest grossing R-rated films in history) drew from multiple sources.

However, this interpretation/expansion/fleshing out of the Beatitudes is the best I have heard yet and it is remarkable. I hope you enjoy it! Please share this with… 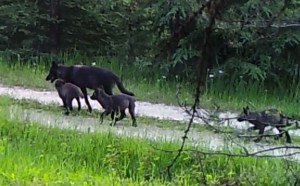 A motion-triggered wildlife camera at the den site of the Profanity Peak pack captures pack members on camera last June 30. Seven pack members were killed by Department of Fish and Wildlife after the wolves killed cattle grazing on public land at the Colville National Forest. (WSU wolf livestock research program)

A WAR OVER WOLVES

Outspoken researcher says his university and lawmakers silenced and punished him

By a slow slide of river deep in Washington’s wolf country, Robert Wielgus laughs at the tattoo on his arm of Four Claws, the grizzly that almost killed him.

“I would rather face charging grizzly bears trying to kill me than politicians and university administrators, because it is over quickly,” said Wielgus, director of the Large Carnivore Conservation Lab at Washington State University.

A Harley-riding, self-described adrenaline junkie at home in black motorcycle…

(Truth Theory) Whilst the news of Britain’s pledge to ban the sale of both petrol and diesel cars in favour of electric vehicles by 2040 sounds positive at first, reports have stated that there is a very serious downside that has recently been revealed.

According to reports, children as young as four years old are working in mines in the Democratic Republic of Congo in order to check the rocks for signs of cobalt, which is used to create the batteries that power the electric cars. The investigation found that there are currently around 40,000 children working daily in the polluted, dusty mines for as little as 8p a day.

The Daily Mail claimed that the majority of big motor manufacturers producing electric vehicles currently purchase their cobalt from the impoverished central African state, as it is the world’s biggest producer of the chemical element.

In this viral video, seen by over 7 million people the last few days, Judge Judy lets a little white poodle decide who it’s real owner is when two different families claim the pooch.

Anyone who believes that dogs are stupid or have no feelings should watch this video, which has a tail-wagging happy ending.

The animated lump of coal that execs are using to sell a new mine in Wyoming. It failed.

Coal is dying and all the buck-toothed (and frankly, creepy) animations in the world can’t revive it.

Case in point: the coal company, Ramaco, and their attempt to build a new coal mine in Wyoming to turn “Coal into Cars (and a few other things).”

In spite of a slick presentation, including a third-rate animated chunk of coal, it failed as a citizen council chastised the company for not being a “good neighbor.”

It’s a sign of how the coal industry, try as it may, just can’t get clean.

If you don’t know, Ramaco is a coal company that wants to dig a new mine in Wyoming just outside of the town…

(True Activist) Contradicting the rulings of six other federal courts, the Eighth Circuit Court of Appeals annihilated free speech rights in upholding a district court decision stating citizens do not have the right to film public officials — politicians, police, and others — in public.

In affirming the decision of the lower court to dismiss, the Eighth Circuit effectively ended free speech activist Matthew Akins’ challenge to the Columbia, Missouri, Police Department, which he accuses of unlawfully stopping and arresting him on multiple occasions — though nearly all charges were later dropped — as he filmed their encounters with the public, in public.

Akins says the spate of arrests and harassment from law enforcement is brazen retaliation for the nature of his activist work — filming officers on the job.

As a journalist and founder of Citizens for Justice in 2011, a group committed to monitoring police for…