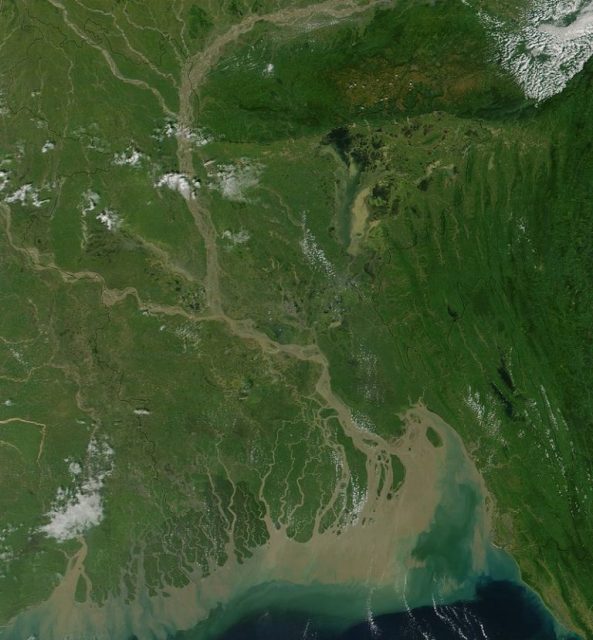 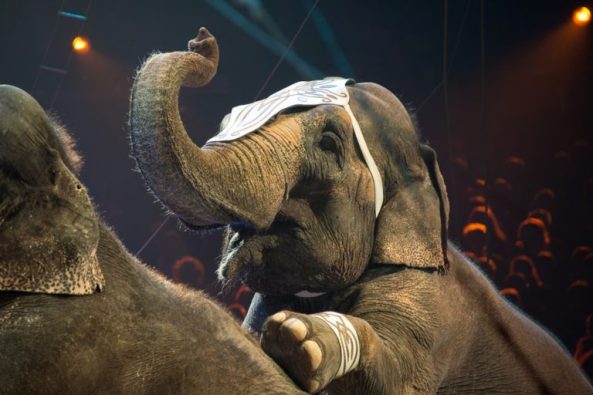 We have some fantastic news to share with you! A recent press release from Performing Animal Welfare Society (PAWS) announced that the city council of Los Angeles voted today to ban the use of wild animals in entertainment! The motion, by Councilmember David Ryu, affects circuses, other wild animal exhibitions, and rentals for house parties. An official ordinance is being drafted and will soon be returned to the Council for final approval.

While other cities in the U.S. have taken similar action to prohibit the use of wild animals in entertainment, L.A. is by far the largest city to do so – and the fact that this municipality is known for its entertainers is certainly not lost on us.

It seems that after years and years of campaigns by animal activists, lawmakers and businesses are finally waking up to the harsh reality that animals do not exist for our entertainment.

The majority of animals, who are either taken from the wild or raised captivity, that appear in circuses and other attractions exhibit signs of deep mental and physical distress. A study by the Association of Zoos and Aquariums (AZA) found that approximately two-thirds of captive elephants exhibit stereotypic behaviors such as head bobbing, weaving, and swaying. These mindless, repetitive behaviors are thought to be outward expressions of anxiety and stress in captive animals. Sadly, bobbing and swaying are the better manifestations of this illness, aptly dubbed zoochosis, other animals have been known to over-groom themselves to the point of harm, throw or each their feces, or regurgitate their meals. Not exactly signs of happy animals.

In addition, the methods used to train wild animals to perform are nothing short of cruel. Many entertainers deprive animals of food to get them to perform on perfect cue, in addition, they use painful tools such as bullhooks (which incidentally L.A. had already banned) and whips to teach animals through fear and pain. Circuses and animal shows might be fun for us, but they are certainly not for the animals.

Luckily, it seems as if the tide against this cruel form of entertainment is turning. Thanks to the work of organizations like PAWS and the countless activists who have offered their voices to suffering animals, we’re seeing more and more progress towards emptying the cages for good. Ringling Bros. is scheduled to have their last show next month and we can only hope that this, coupled with the news that L.A. has voted to end animals in entertainment, will encourage more cities and businesses to do the same. 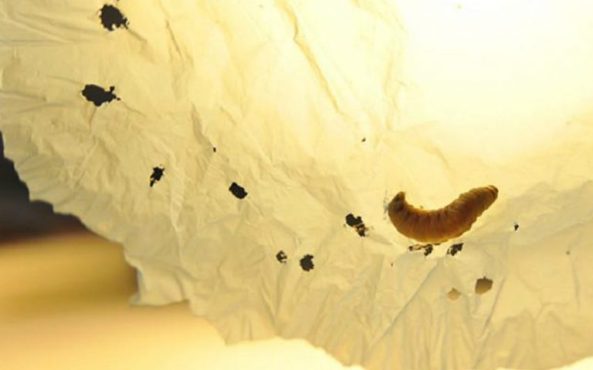 Now that we are facing the immense problem of plastic waste overflowing our planet, we almost wish something would just magically take care of all the dangerous trash finding its way onto streets and ocean waters. Well, while this solution may not yet exist – scientists have discovered that waxworms have a peculiar taste for plastic! But there is no magic whatsoever to the marvel of those little caterpillars – only the wonders of biology.

Scientists have reported that waxworms (Galleria mellonella) consume plastic at “uniquely high speed” and are able to break down even the toughest of them. During research, these worms proved perfectly able to eat through the infamously hard to break down polyethylene and did it 1,400 times faster than other organisms! According to scientists, the worm’s talent for breaking down such difficult materials lies in the potent enzymes in its saliva or gut – enzymes the worm uses to break down beeswax, which is similar to plastic in its chemical bonds.

What makes the news even more interesting, is it was discovered purely by accident. A biologist and amateur beekeeper, Federica Bertocchini, placed the worms temporarily in a plastic bag while cleaning out her hives and quickly noticed the holes that were appearing in the bag. During the following tests at Cambridge, 100 waxworms were released onto a plastic bag and holes began to appear after just 40 minutes!

Researchers claim that this discovery could be turned into a solution to the plastic problem on an industrial scale through a reproduction in large quantities of the specific enzyme that is responsible for breaking down the plastic. As reported by Independent.ie, Paolo Bombelli from Cambridge University believes that the newly discovered enzymes could be used to adapt recycling plants to biodegrade mass quantities of plastic and one day the enzymes could even be sprayed directly onto landfill sites or sea plants.

This thrilling discovery makes us hopeful for a breakthrough in the issue of plastic waste and the future of dealing with unrecycled trash. But let us not forget that, however uncannily great at eating plastic these waxworms are, they will not simply end our plastic problem. We currently dump around 8.8 million tons of plastic in the oceans every year – and around 700 marine species are threatened with extinction as a result. While these waxworms could lend these animals a hand, the responsibility to make conscious choices and take care of the world around us is still ours. 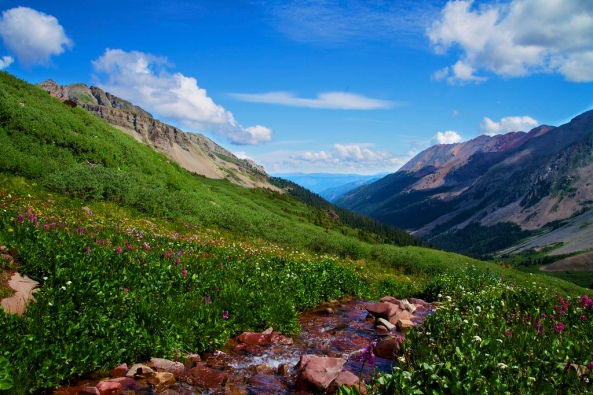 The following story was told by Dr. Russell H. Conwell to raise millions of dollars to help fund the formation of Temple University in Philadelphia. He used the story to fire the imagination of his listeners during more than 6,000 fund-raising lectures. The story gives us a tremendous illustration of a way that a person can find true happiness in their own “Acres of Happiness.”

Many, many years ago, a young American was traveling down the Tigris and Euphrates rivers in the Middle East and was accompanied by an old Arab guide that he had hired in Bagdad.

During the trip, the guide told him a story about an ancient Persian Ali Hafed. Hafed owned a very large farm, orchards, grain fields, gardens, and money coming in from loans that he made. He was a wealthy and contented man.

One day Hafed was…

Thousands of victims are suing shingles vaccine manufacturer Merck for giving them the very virus the vaccination was supposed to protect them against.

According to massive lawsuit, the shingles vaccine Zostavax attacks a persons central nervous system causing a painful rash, which can then lead to encephalitis, vision loss and postherpetic neuralgia.

Attorney Troy Bouk was recently interviewed to discuss the dangers of the shingles vaccine and the reason why thousands of its recipients are seeking to hold big pharma accountable for the damage it has done.

In the interview with Cousins, Bouk explained that Zostavax is made with a live strain of the shingles virus and described the complications that are associated with shingles. Shingles is caused by the varicella-zoster virus, which is the same virus that causes chicken pox. The varicella-zoster virus lies dormant in people who have had chicken pox, but sometimes the virus reawakens and produces shingles.

We have some very exciting news to share! After a staggering 20 years living at the Seoul Grand Park aquarium, Geumdeung, and Daepo, two bottlenose dolphins will be sent back to the oceans in July. The two dolphins were captured by a fishery net near Jeju Island in 1997 and 1998, respectively, with their names coming from the villages where they were first found. Geumdeung and Daepo were bounced between various dolphin performance theaters around Jeju Island until they were transported to Seoul Grand Park in 1999 and 2002. The pair have been there ever since.

According to the Ric O’Barry’s Dolphin Project, a non-profit organization dedicated to ending marine animal captivity, the decision to move Geumdeung and Daepo came from Mayor Park Won-soon. The ground-breaking movie “The Cove” greatly influenced the mayor’s decision to rehabilitate and release the two dolphins, even going as far as to pay for the entire project.
After being taken from the wild and then forced to perform meaningless tricks for people, Geumdeung and Daepo are now finally going back home. Wonderful news!

The decision to move the dolphins back into their home is a solution to increase the wild dolphin population near the Jeju shores. Geumdeung and Daepo are around 23 to 26 years old and are still diagnosed as healthy enough to procreate, the average Indo-Pacific Bottlenose dolphin living up to 30-25 years old.
The Ministry of Maritime Affairs and Fisheries plans to carry out training sessions for Geumdeung and Daepo so they will adapt back into the wild. Once they become used to their local surroundings and are able to catch prey, the two dolphins will be transported back to the Jeju island in May and then will return to the ocean around July. With dolphins having complex communication skills, advanced mental capacity, and genuine self-awareness, we are thrilled to learn that Geumdeung and Daepo will soon return to where they belong: the wild.

No animal should have to suffer for the sake of our entertainment. Please never visit or otherwise support a marine park like SeaWorld or Marineland. Instead, support organizations like Ric O’Barry’s Dolphin Project and Sea Shepherd’s Cove Guardians both of which are dedicated to stopping marine animal captivity. 🐬