Give some of these superfoods and vitamins a try to help reduce the noise of your Tinnitus. Give yourself a few weeks trying them and see if they make a difference! Best of luck. It would mean the world if you liked my Facebook page here and let me know what you think TinnitusTogether

The figures for hearing loss and Tinnitus is a hard one to estimate because the number of cases are on the rise every single day. But when you put the figures down that are already there it is unreal. And it is scary that these figures are rising as we speak.
Give this a like and a share to let people know that they aren’t alone when suffering with this condition, as some people think they are. #TinnitusAwareness

Throughout the campaign, President Trump spent a lot of time and effort on immigration and illegal immigrants. He said on numerous occasions that he wants to get the illegals out of the country. It’s a reasonable request, considering the burden they place on the legal people in the country.

As expected, the Democrats of the nation started making claims that “nobody is illegal,” and wanted to protect the illegals. This claim was met with fierce opposition from the Republican members, as some of the illegals being protected have lengthy criminal records. These include, but are not limited to, homicide, sexual crimes and drinking and driving charges.

Despite the danger that illegals provide, various Democrats all across the country have set up sanctuary jurisdictions. These are cities and states that will refuse to cooperate with the federal government looking for illegals. Mayor Bill de Blasio, a liberal mayor and a…

ISP privacy rules are dead as Trump signs repeal instead of issuing veto. 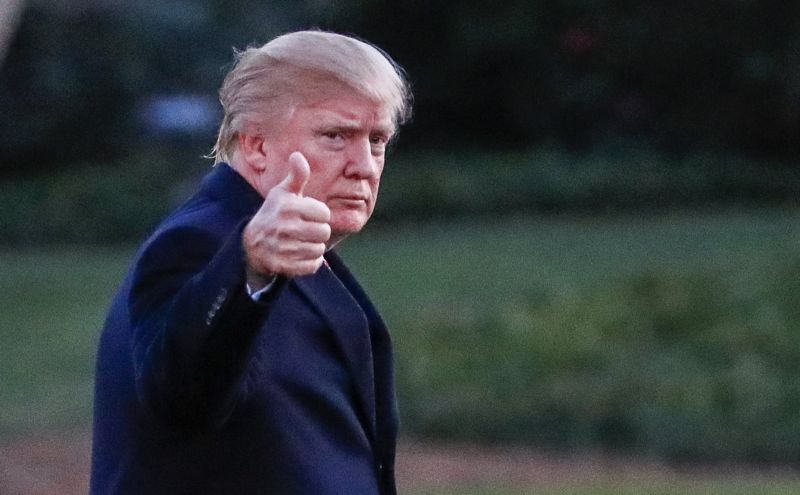 On Monday, President Donald Trump signed a repeal of online privacy rules that would have limited the ability of ISPs to share or sell customers’ browsing history for advertising purposes. Trump’s action follows the Senate and House voting to eliminate the rules issued by the Federal Communications Commission during Barack Obama’s presidency.

“President Trump has signed away the only rules that guarantee Americans a choice in whether or not their sensitive Internet information is sold or given away,” said Chris Lewis, VP of consumer advocacy group Public Knowledge. Trump’s action also “eliminates the requirement that broadband providers notify their customers of any hacking or security breaches.”

While Democrats in Congress urged Trump to veto the repeal, it was clear last week that Trump would not do so. “The White House supports Congress using its authority under the…

Gloria Tom, director of the NNDFW, said there are about 48,000 wild horses on the range, and they are competing with other wildlife such as deer and elk for natural resources. Selling hunting permits is one program the department is looking at to reduce the number of horses. “Our leaders, they really need to hear from people like you,” Tom said. “People who live out there, people who hunt.”

“Historically, Indian reservations have valued their wild horses very much,” Simone Netherlands, president of the Salt River Wild Horse Management Group, told reporters. She suggests using dart guns with birth control to reduce the reproduction rate of horses. “You can bring a population to a zero-percent growth rate or even a minus-percent growth rate if there is a certain number that you want that population to get to,” she said.

Wild horses on tribal land are not protected by the Wild Horse and Burro Act, and are the property of the reservation. Many tribes round up the horses on their land and ship them straight to slaughter as a source of income.

News of the Horse