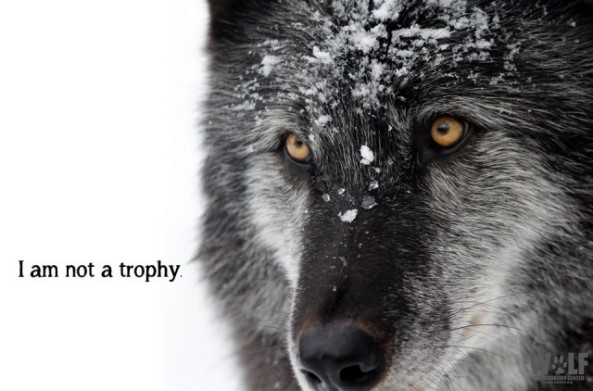 Yesterday, the Oregon Department of Fish and Wildlife released news that a male wolf from the Shamrock pack in Northeastern Oregon had been inadvertently killed by Wildlife Services. Here is the ODFW release:

SALEM, Ore.—Wolf OR48, a Shamrock Pack adult male, died on Feb. 26 on private land in northeast Oregon after an unintentional take by the US Department of Agriculture’s Wildlife Services.

The wolf died after encountering an M-44 device, a spring-activated device containing cyanide powder. The device was in place as part of Wildlife Services operations to control coyotes and prevent coyote-livestock conflict on private land in northeast Oregon.

“The death of this wolf shows the risk involved when wolves are in areas where Wildlife Services conducts these types of operations,” said Doug Cottam, ODFW… Lawyers defending law enforcement officers who were policing protests of the Dakota Access Pipeline in North Dakota compiled nearly 40 pages of violent threats toward officers and their families.

The officers are defending themselves from a lawsuit filed by a group of “water protectors” who say they were subjected to unlawful force during a night of protest in November 2016.

The officers deny that measures they took to control the protests were excessive. They also say they were pushed to use crowd control tools such as water hoses and non-lethal munitions because protestors had threatened violence against them on social media.

“Maybe it is time to show up to the protest armed,” says one post included in the document. “Put some fear into police officers and force them to behave themselves.”

The threats stated that “cops need to get throats cut,” “cops… 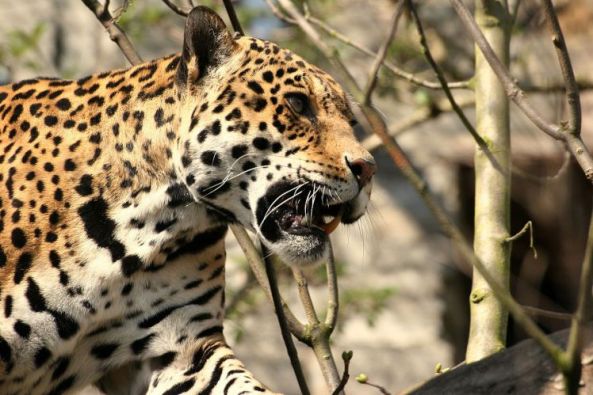 A new jaguar was just confirmed in Arizona, although this image does not feature it. Jaguar Edin Zoo by Scottmliddell. CC BY 3.0

I have exciting news to share with you on this World Wildlife Day! Today has been set aside by the United Nations to celebrate the many ways in which wild animals enrich our lives. They provide valuable ecosystem services, play vital roles in our cultures, and are worth protecting in their own right. As such, it seems appropriate that news just broke of a third jaguar photographed in Arizona.

Until November of 2016, El Jefe was thought to be the only wild jaguar in the United States. However, during that month another male jaguar was photographed near Fort Huachuca in Arizona. Now, a third individual has been confirmed in that state. This jaguar was photographed approximately 60 miles north of the U.S.-Mexico border – and…

PM2.5 is what used to be called fine soot, tiny particles less than 2.5 micrometers or less in diameter, about 1/30th the width of a human hair. According to the EPA (for now, anyway), they are small enough that they get stuck in the lungs. A recent article in the Guardian says they can even penetrate the lungs and get into major organs, including the brain and testicles. They cause serious problems for people with heart or lung diseases, children, and older adults.

Now a new study published in Environmental Health Perspectives shows that they actually cause 31,000 deaths per year in America; 21,000 from burning what the President calls “clean, beautiful coal” and 10,000 from household heating with oil, natural gas and wood. The study also plots which states have the most deaths.