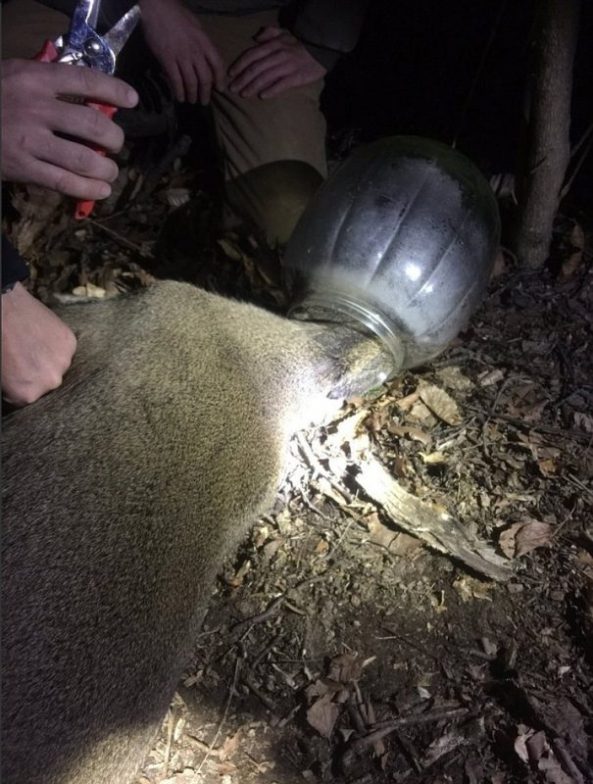 The amount of waste people throw away every day is quite obviously a huge cause for concern. With no concern for what their actions may bring about, people throw away all kinds of trash in places that should be respected and taken care of – like forests, where trash is a serious hazard for the woodland animals.
Recently, a deer whose head was stuck in a plastic pretzel container was found in Bel Air, Maryland. The container had been stuck on the deer’s head for several days before the Maryland Department of Natural Resources managed to capture and free the poor animal.

The Wildlife Response Team tranquilized the deer, released him from the container, and, once he was recovered from the tranquilizers, returned him to the wild.
This deer was incredibly fortunate, but many animals don’t have such luck. One of the many harmful effects of littering is the risk it poses for wild and homeless animals. Let us remember that and take care never to act carelessly when it comes to things that may seem trivial to us but in reality are terribly serious to the animals around us and often turn into matters of life and death.

5 comments on “This is Why Your Trash is Dangerous: Deer Trapped in Pretzel Container for a Week Gets Rescued | One Green Planet”