Russian President Vladimir Putin has issued a strongly worded “urgent” warning to Donald Trump, telling the President-elect that the CIA plan to orchestrate a violent coup against him.

Putin says he sees the U.S. spy agencies using “Maidan-style” methods previously used in Ukraine to orchestrate a violent coup that will either see Trump killed or removed from office.

Referring to the current administration as “worse than prostitutes,” Putin rejected the claims that Russia helped Trump win the election, and warned that the U.S. government were attempting to “bind hand and foot” the newly-elected leader.

“Prostitution is an ugly social phenomenon,” he told reporters, adding that the agencies behind the “fabrications” being used against Trump “are worse than prostitutes.”

“I have an impression they practiced in Kiev and are ready to organize a Maidan in Washington, just to not let Trump take office,” Putin…

“Each and every animal on earth has as much right to be here as you and me.” ~ Anthony Douglas Williams

I have lived in the country north of Portage, on 72 mostly wooded, posted acres, since 2003. This year was the first that a shy buck appeared regularly at dusk with two does. I rarely see bucks at all unless they are fawns. He was the most timid of the three.

My tenants had taken a canoe in late summer down Neenah Creek. They described how magical it was to see a large buck sleeping peacefully on my property beside the creek. They said he was resting in the midst of six deer stands located on my boundary or just across the creek. My neighbors on all sides are hunters.

A group of left-wing organizations have outlined their plan for a ‘day of terror’ which aims to cause “maximum damage” at Trump’s inauguration.

Over 75 groups are to descend onto the Capitol, with plans to violently attack police, politicians, and citizens who wish to witness Donald Trump’s inauguration ceremony.

One of the groups, #DisruptJ20, have urged readers of their website to break the law and do everything in their power to terrorize the city on Friday.

In an article entitled, “Ten Reasons to Go Hard on January 20” the left-wing terror organisation outline to anarchists, socialists, and communists “why would it be worth driving across the country to a city crowded with reactionaries and police.”

Saying that during the inauguration “the DC police will have their hands full” it ominously tells the web of American-hating, anti-capitalist activists worldwide that the January 20th inauguration “is our only chance… 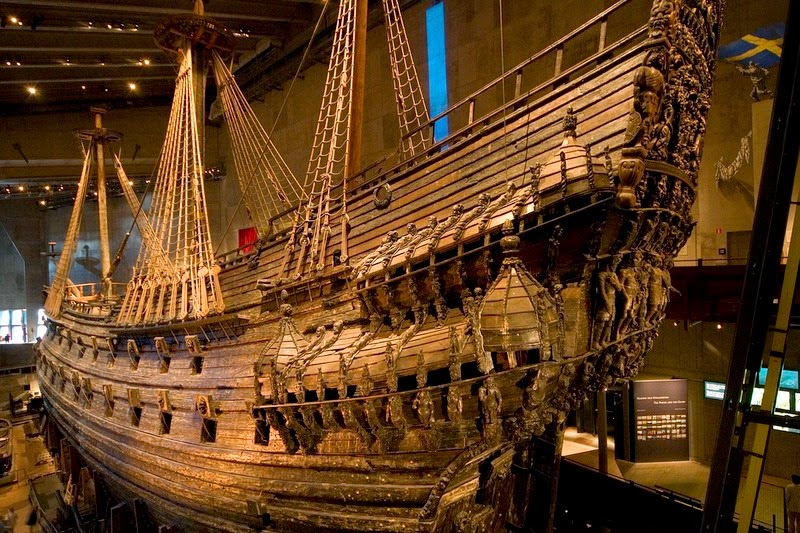 In 1628, the Swedish warship Vasa set off on its maiden voyage from Stockholm harbor towards Poland, where a war was raging in the Baltic. Built by 400 craftsmen at the royal shipyard at Stockholm, the ship was richly decorated as a symbol of the king’s ambitions for Sweden and himself.

Over 50,000 wild horses now sit in government holding facilities. Over 100,000 have been removed from the range in the last decade alone.

On this day in 2012 a video we put out to the public went viral, officially viral.

The video was published in July of 2011, but in January of 2012 the video began getting over 100,000 views each week. It has been viewed nearly 4 million times.

“I was putting out videos of each roundup, photos and reports on a daily basis starting in 2010. This was before BLM posted their ‘daily update’ or photos on Flicker. I felt like the daily newspaper from the roundup. Back then we were also removing nearly ten thousand wild horses from the range each year. One of those years I put 112,000 miles on a vehicle as BLM ran two helicopter contracts much of the time simultaneously. A lot of…

A German Shepherd being dragged into rushing water while visibly resisting and clearly under duress, all for an exciting shot? One thing we know for sure: a dog’s purpose is NOT to suffer exc…

I received this via email & think everybody needs to sign it. It’s now not only mares pregnant urine they use for Hormonal products! They know want pregnant mares blood to be used by industrial farmers, to get pigs and other animals in “heat” on demand in the factory farming industry. This is an horrendous life for any animal but pregnant horses??? ITS WRONG & NEEDS STOPPING….PLEASE SIGN!!!
P.S This is a legitimate petition as opposedto many fake ones; see a previous post about fraudulent petitions!
OA
By; Oliver MacColl – Avaaz <avaaz@avaaz.org>

WOW….and they’re doing it for FREE! Must be because they care about this country!!! All of them coming to protect the future president of the United States, against the political prostitutes, who just want to make money to protest….. PRICELESS

What Did You Say?

Does this mean Rosie is FINALLY keeping that promise to leave…? With apologies to Canada (better them than us … #SorryNotSorry) we’ve been thrilled at the idea of Rosie packing her bags and heading North. Forever. Rumor has it, she finally made good on that promise. Here’s a shot of her plane getting ready for departure.

Damn. Maybe it’s still too soon to light the cigars or pop the champagne. Don’t worry. We DO have good news about Rosie for you.

You remember when Rosie was melting down about how America should be under ‘martial law’ until Trump was ‘
cleared of all charges’, right? (A little extreme, aren’t ya, Rosie?) Well, we have a lovely clip of Judge Jeanine bursting Rosie’s bubble as only she can:

Wow, Rosie, what kind of fevered dreams do you have…

President-elect Donald Trump has accused Big Pharma companies of murdering US citizens and “getting away with it” for decades.

In a bold move, Donald Trump promised on Wednesday to curb pharmaceutical companies’ ability to overcharge for medicines – saying that under his presidency big changes that would benefit the public were going to happen.

After his remarks, the Ishares Nasdaq Biotech ETF dropped 4 percent at its session low and was on track for its largest daily percentage drop since late June. Trump has blasted other industries for charging the government too much, particularly defense companies Lockheed Martin Corp and Boeing Co, but has made only a few public statements about drug pricing since being elected.

On MLK Day, it is only fitting to announce to the world that Alveda C. King, esteemed niece of the honorable Reverend Martin Luther King, Jr., is a Trump supporter all the way.

Every self-righteous liberal movement from Black Lives Matter to the cult of John Lewis worshippers is stunned, but this is only the beginning. This is important because Black Lives Matter has actively been promoting a revisionist history of MLK to make him appear prone to violence, with a hashtag campaign and everything – which is disgusting and almost impossible to believe. It’s like saying Gandhi really wanted be a serial killer.

In a pre-MLK Day tweet, Alveda C. King responded to these misguided behaviors saying “Let’s discuss racism from a peace with justice perspective.” Alveda C. King is a deeply spiritual woman with a lot of class – she is her uncle’s niece.

Yesterday Barack Obama commuted the sentences of over 200 people and while most of the headlines were over his decision to free Chelsea Manning it turns out the President also commuted the sentence of a FALN terrorist who at his sentencing told the world he was an enemy of the United States.

Among the more than 200 commutations handed out yesterday, President Obama commuted the sentence of Oscar López Rivera, a member of Fuerzas Armadas de Liberación Nacional Puertorriqueña (FALN), a Marxist-Leninist terrorist group advocating Puerto Rican independence. He is set to be released May 17.

FALN was responsible for more than 130 bombings in the United States that killed four people and seriously injured police officers.

López Rivera was arrested in 1981 and got 55 years in prison, but later had his sentence extended another 15 years for trying to break out of Leavenworth…

“What do households on food stamps buy at the grocery store?” asks the New York Times.

“The answer was largely a mystery until now. The United States Department of Agriculture, which oversees the $74 billion food stamp program called SNAP, has published a detailed report that provides a glimpse into the shopping cart of the typical household that receives food stamps.”

The number one purchase for households dependent on food stamps is, drum-roll please…soda. The government pays billions every year so poor people can drink sugar water. It’s a free country. If someone wants to drink a soda or 10, they should be free to do so. However, it’s…