Obama refuses to stop arming Syrian rebels. The outgoing president is tampering with foreign policy with only weeks left in office.

Rebel forces in Syria are collapsing under the weight of never-ending bombardments by Iranian and Russian forces. They’ve been blasted out of Aleppo, their last stronghold. Obama’s weak support is the last lifeline that the rebels have.

The question is, why is Obama doing it? There’s no moral high-ground that Americans can find in Syria. Our allies are Saudi Arabia, Qatar, Turkey, Muslim-majority countries that routinely trample on basic human rights.

Arming the rebels in Syria irritates Russia and divides forces that should be fighting ISIS. Obama the war-monger doesn’t mind. Fighting both sides of the war increases military spending and prolongs the conflict.

The Syrian rebels aren’t a ragtag group of do-gooders. Many are rightfully enraged at the treatment they’ve endured under President Bashir al-Assad… 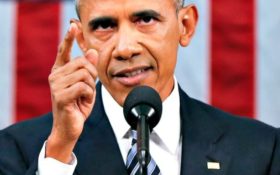 Just how far the president is willing to go to make a point is shocking.

The Obama administration announced Thursday it has officially destroyed the decades-old U.S. registration system for Muslim immigrants — and critics say the move has made America more vulnerable to terrorist attacks.

If Trump wants to introduce an expanded version of the program, which was put into place after the Sep. 11 attacks and used for years by the last two presidents, his administration will be forced to start from scratch.

The post-9/11 registration program for immigrant men arriving mainly from the Islamic world was created under former President George W. Bush and later used by Obama… before he stopped American security forces from…

A screenshot of a beautiful cheetah on Wild Safari Live. Watch at www.wildsafarilive.com.

The Zoological Society of London (ZSL), Panthera, and the Wildlife Conservation Society (WCS) recently collaborated on a comprehensive global survey of cheetah populations. Their findings are alarming.

According to this press release from Panthera, there are only 7,100 cheetahs (Acinonyx jubatus) left in the wild. They have lost 91% of their historic range, and 79% of wild cheetah populations number less than 100 individuals. The situation is particularly bad for the Asiatic cheetah; totaling fewer than 50 cats in Iran. In short, the cheetah is running out of time.

A number of factors have contributed to this decline. Habitat loss, poaching, live trafficking for the exotic pet trade, and loss of prey from bushmeat hunting threaten cheetahs throughout their range. Outside of protected areas, human-wildlife conflict (when cheetahs are killed due to… 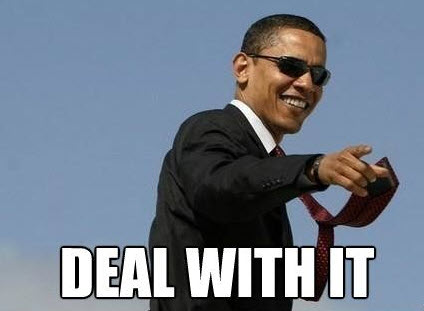 There’s an insidious law for us to ponder, courtesy of Barack Obama. An online radio host pointed out back in 2013 that the law would grant the federal government huge power to saturate Americans with domestic propaganda at the taxpayer’s expense. “This law allows the federal government to have sweeping power to push television, radio, newspaper and social-media propaganda onto the U.S. public,” warned Michael Evans, host of America’s Voice Now. He said that the law would remove protection for Americans from the ideologies of Obama’s administration. The Smith-Mundt Modernization Act of 2012 was specifically what Evans was referring to; it was inserted into the 2013 National Defense Authorization Act.

A so-called anti-propaganda law formerly prevented the U.S. government’s broadcasting arm from reaching American viewers. On July 2, 2013, the implementation of the new reform marked an end to shielding Americans from government delivered programming. The government now…

Adrian Alcorn is shy, but admits, “I’ve been asking God for a blessing.”

He received it at 4am on Thursday, outside the gate where he checks Valero workers in to the Texas City refinery. Alcorn works for the Port of Texas City.

Early this year, some of the workers noticed the bike next to the guard building. He told those who asked about it that he rode it to and from work.

It wasn’t for exercise. Alcorn’s car quit running, and he didn’t have the funds to repair it, so he found a used bike and duct taped a flashlight to the raised handlebars so he could navigate highway 146 in the dark, as tankers and 18 wheelers passed him.

“I got scared a lot, and just prayed God would get me there safe,” he said.

Not once did he arrive late at his post, despite…