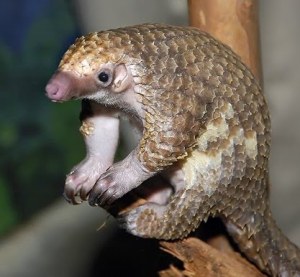 IN 2012, a group of scientists, activists, and conservation groups banded together to save the worlds most trafficked mammal – the pangolin – from extinction.

They knew the task would not be easy. All eight species of pangolin, also known as scaly anteaters, faced threats from rampant habitat destruction, covert poaching networks, and demand for pangolin products in China and Vietnam. To make matters worse, the vast majority of the public had no idea what a pangolin even was.

The pangolin’s anonymity wasn’t surprising. As nocturnal, solitary, and highly secretive creatures, pangolins spend most of their time burrowing or feeding on ants and termites with their long tongues. They are also rare, and are difficult to photograph, study in the wild, or raise in captivity.

No wonder most people had never heard of them.

But even with these antisocial traits, there are lots of…