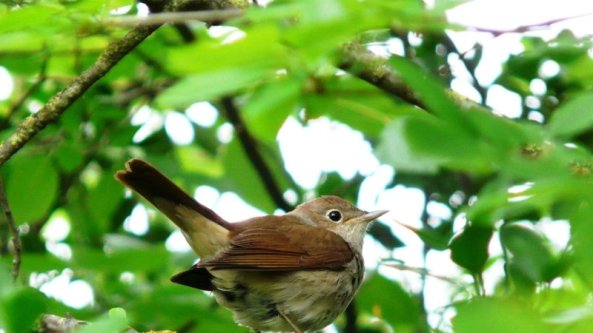 Monsanto in the news this week with a report by Mother Jones titled Monsanto Just Made a Massive Mistake. The report follows up on EPA data indicating 117 complaints “alleging misuse of pesticide products containing dicamba,” affecting more than 42,000 acres of crops, including peaches, tomatoes, cantaloupes, watermelons, rice, peas, peanuts, alfalfa, cotton, and soybeans.

From the Mother Jones piece:

The trouble appears to stem from decisions made by the Missouri-based seed and pesticide giant Monsanto. Back in April, the company bet big on dicamba, announcing a $975 million expansion of its production facility in Luling, Louisiana. The chemical is the reason the company launched its new Roundup Ready Xtend soybean and cotton seeds, genetically engineered to withstand both dicamba and Monsanto’s old flagship herbicide, glyphosate (brand name: Roundup). Within a decade, the company wrote, the new GM crops will proliferate from the US Midwest all the way to Brazil and points south, covering as much as 250 million acres of farmland (a combined land mass equal to about two and a half times the acreage of California)—and moving lots of dicamba.

Meanwhile, Forbes reports that Monsanto’s Climate Corporation “is building a network of in-field sensors to expand the scope of soil, weather and other data flowing into its digital agriculture tools that help farmers increase crop yields and reduce costs.”

“We see it as the Amazon of agriculture, where we’re bringing additional apps up onto that platform and where the best apps win,” Monsanto CEO Hugh Grant said.

From the Forbes piece:

Agriculture companies have spent hundreds of millions of dollars on technologies that capture and analyze detailed data about plants, soil and weather to help farmers increase yields and lower costs. The companies hope to capitalize on what they believe is the biggest step forward in agriculture since biotech seeds.

But many farmers, squeezed by tightening farm profits, have not fully embraced the big data offerings.

According to a criminal complaint filed in support of the charge, Vega illegally administered the drug Clenbuterol to horses while she was employed at the Parx Casino and Racing venue in Bensalem, Bucks County.

“People expect that horse racing not be fixed,” Attorney General Castor said. “The evidence here shakes people’s confidence that equal horses compete on an ‘even running field’ in these events.”

According to the criminal complaint, the investigation showed Vega, a groom at the racing facility, clearly administered Clenbuterol beyond accepted guidelines. The drug is a controlled therapeutic medication prescribed to horses with respiratory disease, investigators said, but it has the effect of a performance-enhancing drug when administered outside the permissible guidelines.

Testing on multiple horses confirmed the presence of Clenbuterol outside the permissible guidelines, investigators alleged in the criminal complaint. It is further alleged that Vega was found in possession of a bottle containing the drug during this investigation.

Vega, of the 3100 block of Knights Road, Bensalem, was released from custody after her bail was set at $20,000 unsecured. A preliminary hearing is tentatively scheduled for Aug. 31.

Attorney General Castor thanked the state Horse Racing Commission and the state Department of Agriculture for their work on this investigation. 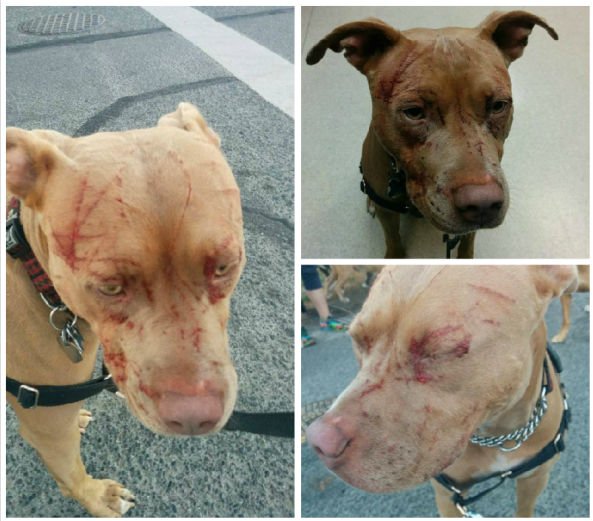 VICTORIA, British Columbia – A cat viciously attacked seven pit bulls and a woman Monday, sending one of the dogs to the veterinarian and the pup’s owner to the emergency room.

Kyla Grover, of Victoria, British Columbia, said she was out with a walking group called Pit Bulls of Victoria B.C. Monday night when the cat, named Baby, charged them.

“The cat is swiping at them and latched onto one of the dog’s faces,” Grover told the Victoria Times Colonist. “I got bit and scratched in the process of trying to separate them.”

Rodriguez took her pit bull Bandida to the veterinarian after a cat attack her dog and six others. (Javiera Rodriguez)

“I spent the whole night at emergency because cat bites are nasty.”

The Times Colonist reported that the cat’s owner agreed to foot a $222 veterinarian bill for one of the dogs, Bandida, which ended up with a scratched face.

The cat’s owner, 78-year-old Betty Jean Thompson, said that the cat was startled when one of the dogs showed a friendly interest.

“She’s kind of a slow sort of thinking cat, but one thing is she is very protective of me,” Thompson said.