Ripley, MS (August 10, 2016) – Over 60,000 people have joined In Defense of Animals’ Mississippi-based Justice for Animals Campaign, Animal Advocacy Initiative of Mississippi, Mississippi Animal Rescue League and the House Rabbit Society to call on the Tippah County Fair organizers, community and state leaders to halt the fair’s “Rabbit Scramble” due to take place tomorrow. During the annual event, organizers release rabbits and other terrified animals into an arena and encourage small children to chase them down and catch them.

Pictures and video of the event reveal the horror of the fair’s frenzy, during which animals are caught by any means necessary with no concern for their welfare. Disturbing images show rabbits being dangled by their ears, choked around the neck and even dropped to the floor while children race around the arena.

While the Animal Board of Health in Jackson has advised fair organizers to instruct children on how to hold the rabbits, most participants are too young to carry out the instructions. The rabbits are pursued chased by young children aged four and under – an age where most children have little to no understanding or ability to handle such delicate and vulnerable animals.

“Teaching children compassion towards animals is a responsibility we all share”, said Debra Boswell, Director of Mississippi Animal Rescue League. “Compassion for animals will surely go a long way toward compassion for humans and help broaden our society’s acceptance for all.”
Over 60,000 people have joined In Defense of Animals, Animal Advocacy Initiative of Mississippi, the House Rabbit Society and other likeminded organizations to call on fair officials to replace the animal chase events.

Fair organizers, sponsors, the Tippah County Sheriff, the Lieutenant. Governor, and other officials are being called on to replace the intrinsically cruel “Rabbit Scramble” with humane family bonding events like tug-of-war, sack races, apple bobbing, relay races, and more.

“People from Mississippi and all over the country are sickened and outraged by scenes from Tippah County fair’s inhumane “rabbit scramble”. It is unacceptable to chase rabbits down for fun, and barbaric to allow such sensitive animals to be choked, dropped to the floor and dangled by their ears. We call on fairgoers to boycott the fair’s outdated animal chase events and call on organizers to replace them with fun alternatives that the whole family can enjoy together,” said In Defense of Animals’ Justice for Animals Campaign Director, Doll Stanley.

“Mississippi’s Animal Cruelty laws are some of the weakest in the nation, but even these laws are being ignored when faced with an antiquated tradition like the Farmed Animal Scramble,” said Shelby Parsons of Mississippi Spay and Neuter. “Tens of thousands of concerned citizens around the country are pleading with Mississippi law enforcement and government officials to enforce their own laws, which is extremely detrimental to our state’s reputation, to Mississippians, and to Mississippi’s animals.”

Petitions:
In Defense of Animals – 11,600 https://secure2.convio.net/ida/site/Advocacy?cmd=display&page=UserAction&id=2943

§ 97-41-5. Carrying in a cruel manner
If any person shall carry, or cause to be carried by hand or in or upon any vehicle or other conveyance, any creature other than a dog or cat in a cruel or inhuman manner, he shall be guilty of a misdemeanor.

HISTORICAL AND STATUTORY NOTES
The 2011 amendment inserted “other than a dog or cat”.

In Defense of Animals’ Justice for Animals Campaign is actively working with officials in communities, building a groundswell of support for establishing and amending city and county ordinances as part of its campaign to show state lawmakers that Mississippians will not tolerate animal cruelty.

In Defense of Animals is an international animal protection organization with over 250,000 supporters and a 30-year history of protecting animals’ rights, welfare and habitats through education, campaigns and hands on rescue facilities in India, Africa, and rural Mississippi. http://www.idausa.org

LANCASTER COUNTY, Pa.–Pennsylvania State Police announced charges Thursday against a man who they say failed to provide adequate veterinary care to Libre.
Libre, the 4-month-old Boston terrier found emaciated and with severe mange, was rescued from a Lancaster County farm in July.

Benjamin S. Stoltzfus, 33, of Quarryville is charged with animal cruelty. He was also fined $904.97, according to court documents.

Investigators say Libre suffered severe physical distress and multiple ailments due to the lack of veterinary care. Stoltzfus failed to provide medical care Libre for approximately one month, according to court documents.

Stoltzfus admitted to police that he purposefully left Libre in a kennel where he believed the dog would die, court records state.

During a news conference at the Lancaster County Courthouse Thursday– District Attorney Craig Stedman announced his office has filed a petition seeking Martin’s suspension. In the petition, prosecutors allege that Martin conducted her authority to enforce cruelty laws in a “substandard” fashion.

The Lancaster County SPCA will not be enforcing animal cruelty offenses for the time being, Stedman said.

Lancaster County Detective Joanne Resh will serve as a general point of contact and will be assisting investigators during suspected animal abuse cases in the county, Stedman said. Pennsylvania State Police and municipal police department swill also investigate and charge in cases in their respective jurisdictions.

District Attorney Stedman said he will be asking legislators to make changes in current cruelty law statues. Specifically, increasing the grading of the offenses and creating stiffer penalties, upon conviction.

Currently, cruelty officers are appointed by Lancaster County’s President Judge–if the aspiring officer has completed the required hours of training.

There is no background check and no feedback is solicited from the district attorney, per current law.

Stedman is pushing to revamp the hiring requirements and appointment procedures for cruelty officers.

Background checks should be standard, Stedman said. He went on to say he believes the district attorney should have a voice–not veto power–in appointments of cruelty officers, whom have arrest powers and authority to enter private properties and seize animals and/or property. 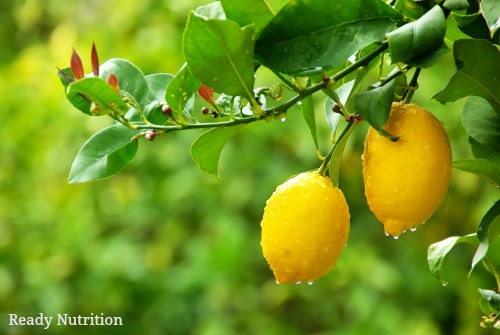 Lemons are such a versatile fruit—especially for summer time foods. They’re great squeezed over fresh fish, mixed into iced tea, or as an accompaniment to your favorite cocktail. Lemon trees are very pretty to look at and they are among the easiest citrus fruits to grow yourself—though you should note that lemon trees thrive in temperatures around 70 degrees—if it’s much hotter or cooler than that in your backyard, you might want to tackle a different planting project!

Lemon trees make wonderful potted plants to have on your patio garden and will be easy to access from the kitchen! With a little bit of effort, you could be using homegrown lemons in your drinks and recipes in just a few months.

Start a Lemon Tree in Seconds

Before you start, you’ll want to make sure that you are using a seed from an organic…

Source: Picture for the day