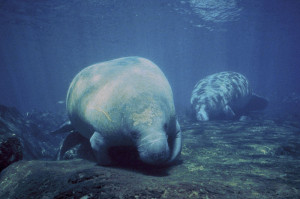 Manatees are being killed by boats at a record rate this year. If protections aren’t increased, this animal could soon become extinct. Sign our petition to demand that boating be restricted to stop these unnecessary deaths.

Source: Save Manatees From a Record Number of Boat Collision Deaths

Well-behaved dogs are being taken by police and euthanized because they look like pit bulls. Demand this discriminatory law be changed to prevent more innocent family pets from being needlessly killed.

Source: Don’t Allow Innocent Dogs to be Taken from Families and Euthanized

When you think of military weapons, you tend to imagine things like bullets and bombs. The Air Force is experimenting with a new tool for its arsenal: a wand that zaps a concentrated beam of light and heat.

No, this isn’t Harry Potter, and the enemies aren’t terrorists. The wand is called NatureZap, and it targets “unwanted vegetation”—aka weeds. Edwards Air Force Base in Southern California is testing the device as a way to remove weeds without the use of toxic herbicides.
Advertisement

The electric device uses a combination of heat and high-energy blue light to kill the plants’ leaves and roots. Treated plants, according to manufacturer Global Neighbor, die in as little as three days. “We’ve had a pretty good success rate,” said Jon Jackson, the company’s president. “We get about a 70 to 80 percent die-back without regrowth.” He said NatureZap is particularly effective on ragweed, dandelions, and crabgrass. The light penetrates about two inches into the soil, so it only affects targeted weeds and not the “good” plants around them.

Danny Reinke, principal scientist for the 412th Civil Engineering Group at Edwards Air Force Base—who developed the device with Global Neighbor—told the Desert Wings newspaper that NatureZap may be useful in meeting the military’s requirements to reduce its use of toxic chemicals under the Sikes Act, which helps protect endangered species on Department of Defense property. He’s testing a battery-powered version of the device that reportedly can treat a softball field–size area between charges.

This is the second version of NatureZap. The company previously sold a similar device, also called NatureZap, that only used heat to kill roots.

“We’ve graduated since then,” said Jackson. “Even before we were with Edwards we spent a few years working with lasers and other things, trying to get ground penetration.” The developers hit on the idea of light several years ago after they built a clear Plexiglas enclosure to see how their earlier device affected dandelion roots. “It turns out that’s a stupid idea, because as soon as you expose a root to light it dies,” Jackson said.

Global Neighbor has worked with Central State University professor Cadance Lowell to test various versions of the gadget. Lowell said NatureZap definitely kills some plants, apparently by disrupting chloroplasts, the plant cells where photosynthesis takes place. It may cause other stress damage on the cellular level, the nature of which is still being investigated. So far Lowell’s research, presented in February at the Weed Science Society of America’s annual meeting, has shown that NatureZap is at least as effective on ragweed as glyphosate, the primary ingredient in Monsanto’s Roundup. Deeper-rooted plants such as dandelions are harder to kill because the light can’t penetrate the ground far enough. “You need to hit it a couple of times, but eventually you will kill it,” she said.
Related
How Much of the Most Common Weed Killer Are You Eating? The FDA Doesn’t Know

Experts have shown interest in the device. “I think published studies would be the first step before any conclusions can be made about this technique,” said Scott Hoffman Black, executive director of the Xerces Society for Invertebrate Conservation.
Advertisement

“If it truly works, I think it will be very successful, because change cannot come quickly enough in the world of pest management,” said Nathan Donley, a scientist at the Center for Biological Diversity. “Most weed-killing chemicals in use today have been around for more than 50 years. Innovation is nonexistent in this realm.”

Donley expressed pleasant surprise when he learned that the Air Force was testing NatureZap. “If the federal government can reduce its pesticide use, the money saved can be used to advance other conservation efforts,” he said. “Pesticides aren’t cheap, and a lot of costs of their use aren’t paid up front. They’re externalized to the community in terms of increased health care costs or environmental restoration.”

Jackson said that’s why he wanted to develop NatureZap in the first place. “Chemical applications have lasting damage,” he said. Light and heat, on the other hand, can come and go with the press of a button, and that might have a lasting impact that won’t leave a toxic legacy in its wake.

When it comes to gobbling up natural resources, we humans are exceptionally gifted. Monday, August 8, is Earth Overshoot Day, a downer of a holiday that keeps creeping up earlier on our calendars, arriving five days earlier than last year.

The Global Footprint Network tracks the point in the year when we’ve used more of the important stuff that sustains life — you know, water, trees, fish — than nature’s ability the regenerate those resources.

Here’s how our collective footprint (red line) compares to Earth’s ability to cope with that demand (green line) over the past half century.
world ecological footprint
Global Footprint Network

We started overshooting our budget in 1971, and we’ve widened the deficit ever since. Give yourselves a pat on the back, humanity!
Check out Grist’s video on Earth Overshoot Day last year, which explains consumption habits in terms you can understand — caffeine addiction. 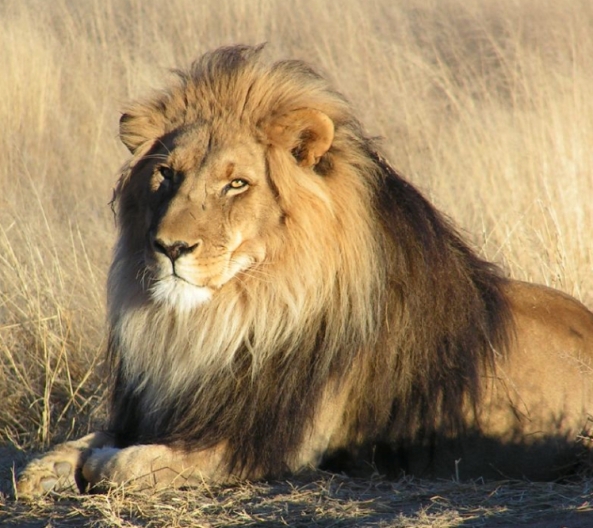 Last year, Cecil the lion’s illegal slaying at the hands of American trophy hunter Walter Palmer triggered unprecedented public outrage. Thousands of people were appalled by the killing, and their outcry has forced conservationists to take a hard look at the practice of trophy hunting. Cecil’s death also brought public attention to the lion’s (Panthera leo) shocking decline, leading to stricter protections for the species under the U.S. Endangered Species Act. Now National Geographic is hosting an online forum about lion conservation and trophy hunting, and everyone is welcome to attend.

The forum will take place from 9:30 – 11am (I assume EST) on Wednesday, August 10: World Lion Day. It will feature several renowned lion conservationists and scientists, all of whom will be discussing the aforementioned topics. To tune in to the discussion, follow this link and…