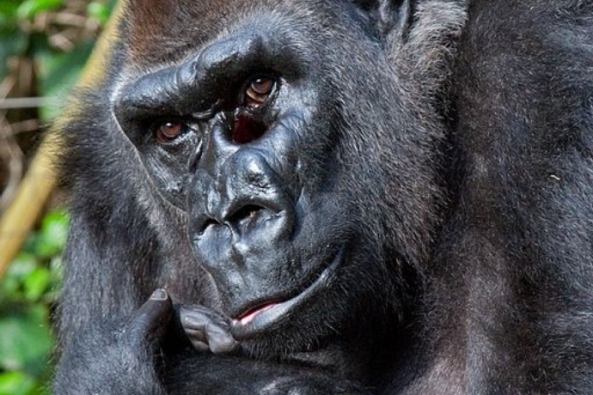 Amid the debate over who was at fault in the death of a beloved animal, we need to step back and ask a different question

Harambe, a 17-year-old male western lowland gorilla, was killed at the Cincinnati Zoo to save the life of a four-year-old child who fell into his cage. Opinions vary as to whether the boy was really in danger and who was to blame, the zoo (why was the boy able to get into the enclosure and why wasn’t Harambe tranquilized?) his mother, or both? Playing the blame game will not bring Harambe back and for me the real question, while also considering why Harambe was killed, is “Why was Harambe in the zoo in the first place?”

As I watched footage of the event I was reminded of an incident that happened in 1996 at Chicago’s Brookfield Zoo in which a female western lowland gorilla named Binta Jua rescued a three-year-old boy who fell into her enclosure. She became a worldwide celebrity. I also thought about the movie King Kong.

People worldwide are outraged by Harambe’s death. This global interest is all part of a heightened awareness about the nature of human-animal relationships, the focus of a rapidly growing field called anthrozoology. People are keenly interested in how and why nonhuman animals – animals – are used by humans in a wide variety of venues, in this case “in the name of human entertainment.”

Harambe was in the zoo because he was captive born, and breeding animals who are going to live out the rest of their lives in cages raises numerous issues. However, that is precisely why Harambe was living in the Cincinnati Zoo. Being a zoo-ed animal, Harmabe lost all of his freedoms – the freedoms to make choices about how he was to live, what he would eat, when he would sleep and go to the bathroom, where he would roam, and if he were to become a father. While some might say Harmabe had a “good life” in the zoo, it doesn’t come close to the life he would have had as a wild gorilla, with all its attendant risks. Indeed, one might argue that the animal people were seeing was not really a true western lowland gorilla, surely not an ambassador for his species.

Harambe’s cage also was his home where he felt safe. When the boy fell into his home it was a trespass of sorts, and it’s most likely Harambe was startled, perhaps feeling vulnerable and unprotected, and wondering what was going on. Let’s not forget that gorillas and many other animals are highly intelligent and emotional beings and they deeply care about what happens to themselves, their families and their friends. In this case Harambe did what was expected, he picked up the boy, but he didn’t harm him. Of course Harambe could have killed the boy in a heartbeat, but he didn’t.

An analysis of Harmabe’s behavior published in another essay I wrote indicates that he was doing what one would expect a western lowland gorilla to do with a youngster. Harmabe’s hold on the child and his sheltering of the youngster are indicators of protection. He didn’t seem to be afraid. He examined the boy but also was attentive to the reaction of the crowd who saw what happened and the communication between the child’s mother and her son.

Along these lines, it’s essential that the people who work with zoo-ed animals know their behavior in detail, and those people who know individuals the best—the caretakers who interact with certain individuals daily—be called in in emergency situations. Each animal has a unique personality and this knowledge could be put to use to avoid what happened to Harambe.

For people who want to know more about what was going on in Harmabe’s head and heart, think about your companion dog, for example. How do they respond when someone trespasses into where they feel safe? I like to ask people to use their companion animals to close the empathy gap because people get incredibly upset when a dog is harmed because they see dogs as sentient, feeling beings. So too, was Harambe.

So, would you allow your dog to be put in a zoo? If not, then why Harambe and millions of other individuals who languish behind bars?

It’s not happening at the zoo

Captive breeding by zoos to produce individuals who are going to live out their lives in cages, in the name of entertainment and possibly in the name of education and conservation, raises many challenging questions. Did people who saw Harambe learn anything about what the life of a male western lowland gorilla is really like? No, they didn’t. Did they learn something about these fascinating animals that would help Harambe or his wild relatives? Clearly, nothing learned would help Harambe as he was forced to live in his cage; a large enclosure is still a cage. Harambe was not going to be put out in the wild and introduced to other gorillas.

Did people learn something about these gorillas that would help wild relatives? Once again, likely not. While some might argue that learning about Harambe is good for conserving his species, and while many of us know someone who went to a zoo and said they learned something new about a given species, there’s no hard evidence that these people then go on to do something for the good of the species. Indeed, a recent study conducted by zoos themselves, showed that what people learn is very limited in scope in terms of what the new knowledge means in any practical sense. While a very small percentage of people learn that maintaining biodiversity is important, they don’t learn about the need for biodiversity conservation.

Where do we go from here?

Harambe is dead and the boy is alive. I’m very sad, and also very happy. A gorilla’s life was traded off because a human child was in danger. What needs to be done in the future to be sure that events like this never happen again? First, zoos need to stop breeding animals who are going to live in zoos for the rest of their lives. Zoos also should be turned into sanctuaries for the animals themselves. Over time there will be fewer and fewer captive animals and zoos as we know them can be phased out. And, the money that is saved as time goes on can be used to preserve populations of wild animals and their homes. These sorts of changes will take time and we need to be very patient, but we need to move in this direction.

As we move on, the choices we make should emphasize preservation of wild animals and critical habitats, and we need to move away from captive breeding and the zoo mentality of keeping animals locked in cages for our entertainment—and supposedly for their own and their species’ good.

We humans are constantly making decisions about who lives and who dies, and we need to focus our attention on the animals themselves, and put their lives first and foremost. The rapidly growing international field called compassionate conservation comes into play here. The guiding principles of compassionate conservation are “First do no harm” and “the lives of all individuals matter.”

Turning a moment into a movement

I hope Harambe did not die in vain, and that this moment can be turned into a movement that is concerned with the plight of captive animals. Judging by what is sailing into my email inbox each minute and by worldwide media coverage, it already is. The publicity generated by killing Harambe can and must be used to save the lives of numerous other captive animals. We must face the difficult questions that arise because animals are “in” and the questions are not going to disappear.

Marc Bekoff is professor emeritus of ecology and evolutionary biology at the University of Colorado, Boulder. He has published many books. His newest, “The Animals’ Agenda: Compassion and Coexistence in the Human Age” (with Jessica Pierce) will be published by Beacon Press in 2017. His homepage is marcbekoff.com
By Marc Bekoff

Scientific American is part of Springer Nature, which owns or has commercial relations with thousands of scientific publications (many of them can be found at http://www.springernature.com/us). Scientific American maintains a strict policy of editorial independence in reporting developments in science to our readers.
© 2016 Scientific American, a Division of Nature America, Inc.

4 comments on “Why Was Harambe the Gorilla in a Zoo in the First Place? – Scientific American Blog Network” 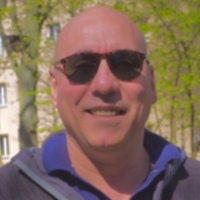 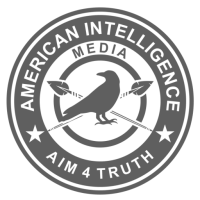