LANCASTER COUNTY, PA- A Rhode Island man was convicted Friday of all counts regarding transportation of a lame horse to the New Holland Sales Stables for auction.

Following a trial in New Holland, 65-year-old Philip Price Jr. was convicted of 5 summary counts regarding his handling of Lily, a pony mare who received extensive treatment.

Wilson called to testify doctors who cared for Lily, Susan Martin of Lancaster County SPCA, and a manager from the auction. Also, Wilson played a surveillance video from the auction that shows Price dropping off the horse.

“The Commonwealth is satisfied that justice was served and the defendant was held accountable for his inhumane conduct regarding the horse,” Wilson said afterward.

The horse was transported from a location in New Jersey to the auction site.

The three cruelty charges regard Price’s neglect of Lily, the transport of the horse, and her being offered for sale.

Lily also had paint markings all over her body. It hasn’t been determined how those markings were made.

Lily was cared for at Penn Vet New Bolton Center in Kennett Square. Her condition has improved and she has gained weight.

The couple then decided to adopt Lily and bring her to their farm sanctuary for abused animals in New Jersey.

May 25, 2016 — Today I bring you great news! The Kansas legislature rejected the bid to re-open the state’s three closed dog tracks as racinos (racetrack casinos). Thanks to everyone who signed this petition, contacted their lawmakers and helped spread the word that the cruelty of greyhound racing belongs in the past. Read more here: http://www.grey2kusa.org/action/states/ks.php

Previous
AZ just banned dog racing, KS can do it too!
Victory

This petition made change with 118,107 supporters! 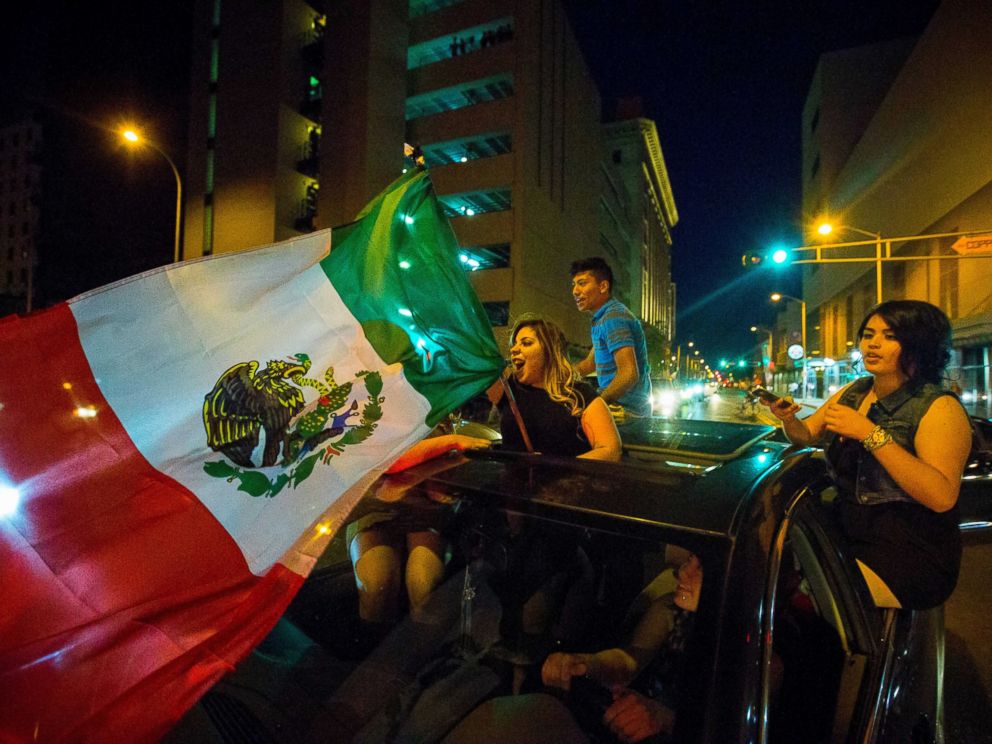 Outside, professionally manufactured anti-Trump signs were being held by amateurs, many of which were legal immigrants and most likely illegal immigrants.  I say illegal with great confidence; we are after all talking about Albuquerque, New Mexico.     The Mexican flag was seen in greater number than the American flag.  Go figure that one out……you come to this country for a new life but still want to live under the Mexican flag?   NO!  I saw pictures to of the American flag being burnt.  You wonder why you are being met with resistance.  Hey illegal, you might want to start out waving the American flag…..your presence would be a little bit more acceptable.

The event outside the Trump rally last night is being called a violent protest by media.   The protest was an organized protest.  Organizers provided the professionally made signs.   The problem here; they put those signs in…

A woman is being evicted with no prior warning because she’s been feeding homeless cats in the area. The mobile home company would rather trap the cats and put them in kill shelters. Sign our petition to demand that this woman be allowed to stay in her home of 21 years.

Amazon continues to sell snares and traps as well as cruelly obtained live and dead animals. Tell the company to ban the sale of hunting devices and animal specimens, thus taking away support from the cruel hunting and wildlife trade.

Scientists want to breed pigs with human organs, then slaughter the animals to conduct organ transplants. Urge researchers not to perform this extremely cruel procedure and to find a humane solution to the human organ shortage.

Two lions were shot and killed by zoo staff when a man broke into their enclosure to allegedly incite them to attack him. Security could have acted faster to stop the man or used tranquilizers to pacify the animals. Demand that authorities to investigate this incident and acknowledge the cruelty and danger of keeping wild animals captive.

A drunk man reportedly jumped into a lion enclosure and antagonized the animal, narrowly escaping an attack. Video shows him attempting to shake the lion’s hand. Take a stand for all zoo animals and demand the harshest possible penalty for this trespasser.

Source: Punish Man for Jumping Into Lion Enclosure While Drunk

A woman is accused of killing her husband’s dog and using its blood to fake a miscarriage for a pregnancy that never existed. Demand justice for this Chihuahua puppy, which was found mutilated and dead in a trash can.

Source: Woman Charged With Killing Dog to Fake Miscarriage Must be Prosecuted Vigorously