Folks – you can do whatever you want this information. I am not suggesting Obama is the anti-Christ, although I would not doubt it for one second. I am also not pushing any crazy conspiracies. This is purely factual information for you to make conclusions on your own.

Personally, I could have written just about all of it off as coincidence until I saw a replica of Hitler’s Pergamon Altar on Obama’s 2008 stage. At that point I was convinced there was WAY too much admiration on Obama’s part… and then I compared inauguration speeches… ugh… just when you thought you couldn’t think less of Obama… it becomes quite easy…

Today, February 25, 2016,The Share Act(Sportsmen’s Heritage and Recreational Enhancement (SHARE) Act of 2015 (H.R. 2406)) is being voted on in the U. S. House of Representatives today. This bill would return wolf management back into states that cannot be trusted to manage an endangered species like the iconic wolf.

It’s important that you contactYour U. S. House member right now.You can call this morning (you can call the Congressional switchboard at 202-225-3121 and be connected with the office of your U.S. Representative)(Source: HSUS)

The following is fromWayne Pacelle’s blog.Read on:

It is imperative that lawmakers hear from you this morning or by early afternoon. Here are some provisions coming up in this bill.

An amendment from Rep. Reid Ribble of Wisconsin would subvert two federal court rulings and cherry-pick gray wolves for removal from the federal list of endangered species for purely…

Dogs are being viciously murdered by security guards on a university campus in India. The killings are being done by ruthlessly beating the dogs and puppies and leaving them to suffer painful and lonely deaths from their injuries. Urge this university to stop these senseless murders.

Source: Stop Beating Dogs to Death on Campus in India 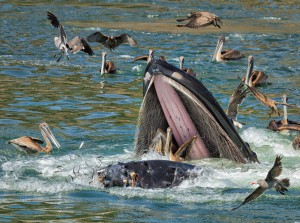 Animals trapped, tangled in, even eating plastic show a clear picture of the threat this material can post to wildlife. But there’s more to the plastic problem than what we can easily see. When we take a closer look at the smallest fragments of plastic that are discarded into natural environments, especially our aquatic and marine systems, it becomes obvious that the scope of this threat is far wider than most of us realize. And that it impacts wildlife and human health alike.

One of the most pervasive kinds of microplastic pollution comes from microbeads, which are manufactured and disposed of by the billions every day. These micro-plastics consist of sharp fragments or round beads that range in size from just 5 micrometers up to 1 millimeter across. These tiny beads are generally composed of polyethylene, polylactic acid, polypropylene, polystyrene, or polyethylene terephthalate. And if those substances sound unusual to you, think again. These materials are found in everyday home- and self-care products like toothpaste, face and body washes, cosmetics, and cleaning supplies.

Every day about 8 trillion tiny plastic particles enter the rivers, streams, lakes and other aquatic habitats of the United States. That’s enough material to entirely blanket 300 tennis courts!1 Even in the ocean, where such small pieces might seem like even smaller problems, the concentration of these particles can still reach 100,000 particles for each cubic meter of sea water.2
Humpback Whale Feeding Frenzy, ©Alice Cahill

Dangers from these small particles are two-fold. First, they are eaten by plankton, which make up the base of the ocean’s food web.3 Then, as a wide variety of marine species eat the plankton, they take in these particles as well.4 Microplastics also find their way into filter feeders large and small, from marine worms, mussels and other shellfish all the way up to humpback whales and whale sharks. Even seals and seabirds can end up eating microbeads. By 2012, 59% of the world’s seabird species had ingested some plastic. Today that ingestion rate is estimated to be 90% for individual seabirds, and is expected to reach 99% of all species by the year 2050.5

Unfortunately, it’s not just the microbeads themselves that can be dangerous – it’s what they carry with them. These tiny bits of plastic absorb nasty contaminants. After a time, microplastics become weathered by ultraviolet radiation, microbial degradation, and fracturing. These processes turn microplastics into tiny sponges that absorb PCBs, pesticides, hydrocarbons, and other contaminants. Once the particles are eaten, those chemicals interact with biologically important molecules in the body, and disrupt the endocrine system, leading to organ damage. And because these contaminants become more concentrated as they work their way up the food chain, we humans can also be exposed.

So what can you do to help protect our wildlife and environments from microbeads?

There are a number of ways you can help:

Don’t buy or use products that contain microbeads. Here’s a good list to get you started: http://www.beatthemicrobead.org. You can also download the Beat the Microbead APP: http://get.beatthemicrobead.org/ to screen for products containing microbeads.
Talk to the companies whose products DO contain microbeads, and demand corporate responsibility to phase them out.
Some states are working to ban microbeads. In fact, there is even some national legislation in the works, like H.R. 1321, the Microbead-Free Waters Act of 2015. Contact your representatives to let them know that you support these efforts.
Ask your city or county waste management system if it intercepts and recycles all plastics before they ever reach our watersheds. If not, ask for appropriate changes. 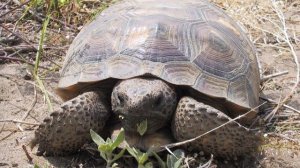