“It’s ‘Feel Good Sunday’ and our own Carol Walker shares a bitter-sweet wild horse story both through pictures and her words.  Truly stunning and an educational read suited for all audiences.  Enjoy!” ~ R.T. 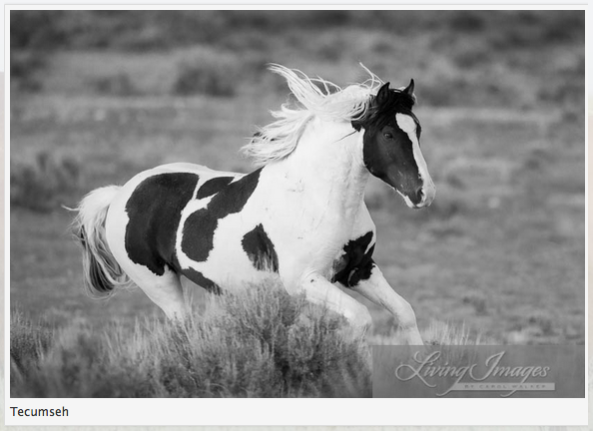 I have been visiting and photographing the McCullough Peaks Herd in northern Wyoming since the summer of 2004. In June of 2005, I met a plucky, curious yearling colt with extraordinary markings who I later heard was named Tecumseh.

Tecumseh and his family spent their time in the Red Point Area of McCullough Peaks, which is the area most easily accessible from the main road. Sometimes bands of horses would be visible from the highway, and locals and visitors have enjoyed  visiting and following the activities…

Attorney Warren Redlich, a former Libertarian candidate for New York governor, says drivers are not required to roll down their windows at checkpoints to talk to police. Redlich says drivers open themselves up to problems when the police have direct access to them.

Redlich posted a YouTube video on New Year’s Day, which has received nearly 2.4 million views. It has spawned several copycat videos by supporters who have filmed police officers after they were stopped at checkpoints in various states.

In the video, Redlich identifies a DUI checkpoint run by the Florida Highway Patrol and Levy County Sheriff’s department and drives to…

Something’s got me seriously confused. I saw a post about getting your books taken down from some pirate sites, so as a matter of interest I googled mine again, and found that not only has African Me been loaded on to heaps more torrent sites for free or paid download, but that now Shadow People has joined the pirate party as well. The thing that’s got me wondering is that they’re both being offered on ebay too as paper books. I stopped looking after four different sellers there. (Click on pics to see them bigger)

At first I thought it could be a reader selling them second hand, but when I had a proper squiz I saw that they’re being offered as brand new/unopened. The sellers have multiple copies too – ten each mostly in stock, and they’re selling them for less than what Amazon’s charging for them.

The Pittsburgh Zoo insist on using barbaric ways to herd elephants with the use of dogs despite public uproar. The USDA order the zoo to stop using the dogs, but the zoo refuses. This is cruel and puts employees,dogs and elephants at risk.

Please sign the petition and tell the Pittsburgh Zoo stop using dogs and  switch to a safe and moderate way of herding there elephants.

See our other recent post about Japan / dolphin suffering at:

As the killing season nears an end in Taiji, testing shows that dolphin meat sold at Japanese supermarkets is riddled with mercury.

Sal holds a political science degree from the George Washington University. He’s written about all things environment since 2007.

With the dolphin-killing season in Taiji, Japan, nearing its expected March 1 end, meat from striped dolphins slain last month in the notorious cove has tested positive for high levels of mercury and for trace but legally safe levels of radiation, said Ric O’Barry of the Dolphin Project on Tuesday.

O’Barry, star of 2009’s Oscar-winning documentary The Cove, which put a global spotlight on the town’s annual hunt, purchased the meat in January from a Taiji supermarket and sent it to… 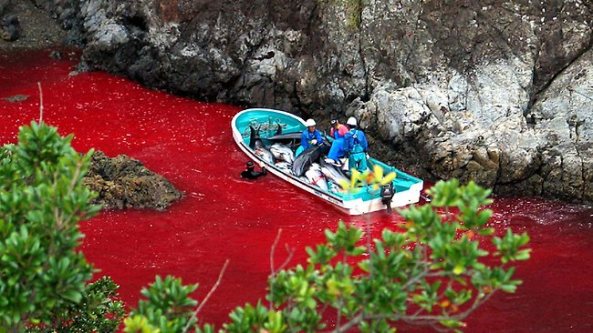 Click on the link below for more info and also for several posters to download and print for the demonstrations.

Sea Shepherd will be demonstrating outside Japanese Consulates and the Japanese Embassies.

Japan can only begin to restore their honor by ending the horror in the Taiji Cove. Download & print a poster, and join us.