Before N After Adoption is a subreddit dedicated to sharing before and after photos of adopted animals. The heartwarming images show abandoned animals in their new and loving homes and it’s just wonderful to see.

The subreddit was created after a series of posts on reddit went viral (here and here) and people have now shared over 150 of their own photos of their adopted pets. To see more be sure to check out Before N After Adoption on reddit.

Centuries ago wolves roamed the wilds of Ireland. In this full-length feature Ireland’s Wildlife contributor Dan Lettice, explores whether or not, one day, they could do so again…. 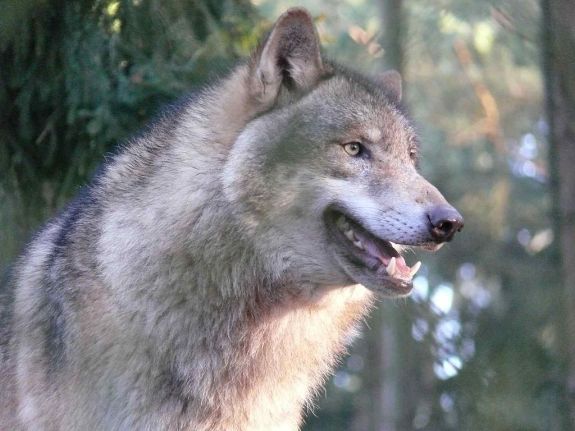 Wolves in Ireland: the background

The grey wolf, Canis lupis, was once reasonably common in Ireland and existed on all parts of the Island. The last wolf in Ireland was probably killed in or around 1786 but small populations or individual wolves may have existed into the early 1800’s. Before English rule in the country wolves were hunted, mainly by the ruling classes, and plenty of wolf skins were exported to Britain, but there seems to have been no coordinated attempt to exterminate them. During English rule this changed, and people…

ACTION.YES! Pls comment on this article saying you SUPPORT the SANCTIONS AGAINST ZIMBABWE for kidnapping baby elephants from their families for “export”. ‪#‎Elephants‬‪#‎Zimbabwe‬‪#‎GMFER‬‪#‎Kidnapping‬

“More than 30 Travel Agents have slapped on Zimbabwe travel sanctions through their businesses protesting over government’s kidnapping of baby elephants to go on sale in the European Union and China.

In a development that is set to hit hard on the tourism industry as thousands of tourists are blocked, bosses of at least 31 agents have reportedly instructed their employees to block Zimbabwe visits for their clients. This came following revelations that Zimbabwe is planning to sell about 60 elephants to foreign buyers.”

“At Hopefield Animal Sanctuary we look after over 300 sick, unwanted and mistreated animals – including horses, cattle and rabbits. The land that the sanctuary is on is owned by Tescos and they want to sell it to housing developers. If this goes ahead the sanctuary will need to close, leaving the animals with nowhere to live. Many of the animals are too old to be adopted by members of the public, so it will mean a death sentence for the animals!

There are other areas being considered by the council for housing development, so it isn’t essential that our sanctuary land is used.

Please sign my petition to ask Brentwood Council to reclassify the land as a leisure and recreation area, which would reduce the value of the land, giving Hopefield Animal Sanctuary a chance to buy…