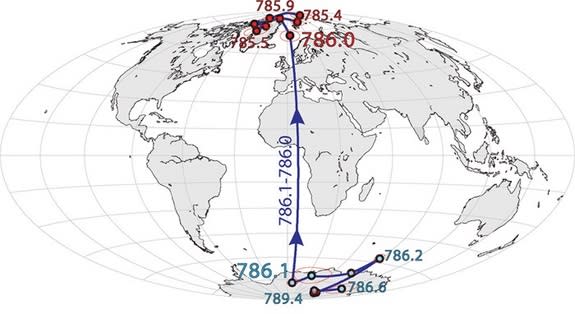 A pilot looking down at her plane controls and realizing magnetic north is hovering somewhere over Antarctica may sound like a scene from a science-fiction movie, but new research suggests the idea isn’t so far-fetched in the relatively near future.

A magnetic field shift is old news. Around 800,000 years ago, magnetic north hovered over Antarctica and reindeer lived in magnetic south. The poles have flipped several times throughout Earth’s history. Scientists have estimated that a flip cycle starts with the magnetic field weakening over the span of a few thousand years, then the poles flip and the field springs back up to full strength again. However, a new study shows that the last time the Earth’s poles flipped, it only took 100 years for the reversal to happen.

The Earth’s magnetic field is in a weakening stage right now. Data collected this summer by…