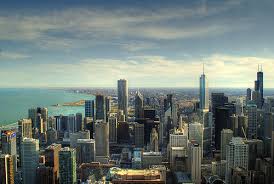 Over the past six years, Chicago has become a top potential target for international terrorists, a top security expert said Friday, making the posting of a veiled threat by Islamic radicals on Twitter a higher cause for concern.

In the meantime, the U.S. government on Friday issued a security bulletin to all U.S. law enforcement in light of the overall threat posed by Islamic State, commonly known as ISIS or ISIL.

The ominous post on Twitter, purportedly from somebody connected with Islamic State, shows a photo of the Old Republic Building, 307 N. Michigan Ave., in Chicago and the White House.

#AmessagefromISIStoUS
We are in your…