The body of a two-headed dolphin has washed up on a beach in Turkey this week. Credit East mess media.

August 10th, 2014 (Tara Brady). The body of a two-headed dolphin has washed up on a beach in Turkey this week.

The conjoined corpse was seen floating onto the shore in Izmir on Turkey’s west coast on Monday by sports teacher Tugrul Metin.

The dead dolphin was believed to be a one-year-old calf measuring just 3.2ft in length. (Ed Sibylline : it’s impossible this dolphin survived. Furthermore, the size lower than one meter is the one of a dolphin at birth, in this specie).

Excerpt by Robin Hutton as published in the New York Post

“It’s that time of week, that particularly special day where we lay down our swords of battle and drink deeply from the challis of well-being and comradeship.  Here at SFTHH we have, for years, cherished our ‘Feel Good Sundays’ as a time to sit back, take a deep breath and remind ourselves of why and for whom we are fighting for…and of course, today shall be no different.

We have written, many times, about the true War Horse of the United States that saved hundreds lives and served us all well during World War II, the decorated Marine…Sgt. Reckless.  And today we pluck an excerpt from a new book written by Robin Hutton called “Sgt. Reckless: America’s War Horse” in hopes that it inspires you and helps to further solidify your conviction that what we are doing to…

I’ve got a dog rescue story out of China that will warm your heart – and also demonstrate that the cause of animal protection is gaining traction in the biggest nation in the world.

On Sunday evening, an activist with one of our partner groups in Beijing spotted a truck loaded with more than 400 dogs on the Beijing-Harbin Expressway. The truck was heading to Jilin in China’s far northeast, one of the country’s major dog meat markets. The dogs on board—some even wearing collars indicating they were stolen pets—were undoubtedly destined for that horrific fate too when this activist swung into action.

She tweeted about the truck and within the hour 30 volunteers had appeared in cars, chasing the truck and prompting local police to pull it over.  The volunteers surrounded the truck and lifted all 400 dogs to safety. The next day, they pulled over four more trucks, rescuing another…

A previously translocated rhino, now in Okavango Delta in Botswana.

The latest development from Kruger National Park is the possibility of moving approximately 500 rhino in an effort to stop the slaughter. Although no details are confirmed with this massive relocation, there is speculation that Botswana may be one of the destinations.

Botswana is one of a few countries who have adopted the controversial shoot-to-kill policy in answer to relentless poaching.

There will always be arguments about whether or not it is an ethical solution. But does it work?

In Swaziland game rangers have permission to shoot-to-kill people suspected of poaching wildlife on the monarch’s land and protects them from prosecution for murder in some circumstances.

Ted Reilly, the chief executive of Big Game Parks (BGP), which runs the major national parks in Swaziland on behalf of the King, holds a Royal Warrant to allow him to shoot-to-kill.

Reilly has said ‘Our…

Two separate efforts you can take for the most endangered subspecies of wolf – the Mexican red wolf – both a petition to sign and network and comments to the U.S Fish & Wildlife service (USFWS) urgently needed. Please take this opportunity to help them.

Here is a petition in support of the red wolves with more information. Please sign and post to social networking sites and email lists:

View document up for comment by the U.S. Fish& Wildlife “service” which seems to pay little attention to the public or science so have to be overwhelmed with support for wolves:

and there is more information at this link with comments from the public here:

1. I support expanding the area in which direct releases of Mexican wolves can occur, the one critical change included in the proposed rule.

This change has been recommended by experts for over…

Rhinos Without Borders is on a mission to move rhinos to safe havens in Botswana in order to save them from the poaching crisis and they need your help!

“Three down, seven to go. 100 rhinos will be relocated to a new safer life and YOU can help make this happen. Of the first batch of 10 rhinos due for relocation in 2015, 3 have already reserved their places via a unique campaign – please help Dereck and Beverly Joubert help save the remaining 7. This is a unique opportunity for ALL OF US to get involved personally, rather than leave everything to the authorities and NGOs. Your donation (even just $1) will help more than you could imagine. Every donation earns rewards and enters you into a draw for some really grand prizes. This has to be the most innovative campaign ever to save the rhino from poachers. 3… 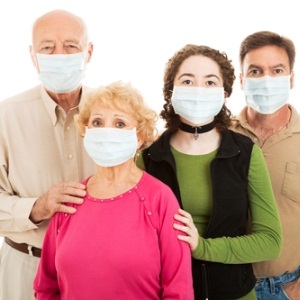 Every year a few hundred thousand people across the globe die of influenza. Not an exotic strain, or a new strain that seems hellbent on finishing us all, just regular, common, flu. This year, things could be very different though.

Isolating suspected Ebola patients who are feverish, coughing and generally feeling crap is one thing, but having the facilities to isolate thousands of people in a given area because they have symptoms that could be Ebola is something else altogether.

This coming flu season, is in my mind, going to be he most dangerous one we have ever faced. This is the one where it’s more than likely, an Ebola sufferer is going to slip through the net. An Ebola sufferer with influenza, or even a common cold is the…

Fort Collins voters put a five-year ban on fracking in November, but a judge ruled that it ‘impeded the state’s interest’

Voters in Fort Collins, Colorado last year sent a clear message: no fracking in our city.

Let’s celebrate lions today, mindful that there are approximately only 20,000 lions left in the wild in Africa. This is an appalling statistic – there are 80-90% fewer lions now than in Christian’s time. Let’s resolve to do something about it!

The Campaign Against Canned Hunting (CACH) is gaining momentum in opposing the shocking farming of lions for cub petting, walking with lions and ultimately being shot by “hunters”. Canned hunting does NOT assist in the conservation and protection of lions, and hunting does NOT assist in conservation. We must discourage people from visiting or volunteering at wildlife sanctuaries that encourage cub petting. and walking with lions…..and to me hunting is incomprehensible.

See the CACH website here, and their presentation video about Canned Hunting here.

There may be fewer than 300 North Pacific right whales compared to a pre-whaling population of more than 11,000.

Anchorage, Alaska, US – Oil and gas drilling in Bristol Bay could threaten the eastern North Pacific right whale, the most endangered whale population in the world, according to a new WWF report released at the 59th meeting of the International Whaling Commission.

A planned lease sale area in Bristol Bay overlaps with critical habitat designated for the eastern North Pacific right, as well as for other endangered cetacean species including bowhead, blue, fin, sei, humpback and sperm whales.

“Offshore oil and gas development in Bristol Bay would be the wrong step for the right whale,” said Margaret Williams…