IUCN Polar Bear Specialist Group conservation biologists are determined to have polar bears listed as ‘threatened with extinction’ by the International Union for Conservation of Nature (IUCN) in 2015 – even though the bears would not meet that classification if assessed today.

According to the minutes of their last meeting (in addition to the astonishing admissions from sea ice experts I reported yesterday), PBSG members are busy planning their strategy. They have thrown objectivity to the wind and are certain they can find a way to overcome the inadequacies of their case and see polar bears remain listed as ‘vulnerable’ (IUCN-equivalent to ‘threatened’ in the US) on the 2015 IUCN Red List update.

Along with some other priceless quotes, the minutes reveal their plan. See the original document for the context of these quotes here and an excerpt of “the plan” (pgs. 12-17) here.

Despite an international ban on the sale of bones from exotic animals, winemakers in China continue to make wine using the bones of endangered tigers and, due to a loophole in the law, it may technically be legal.

A ban on the trade of tiger bones has been in place in China since 1993, with international and domestic laws saying tigers are a protected species. However, China continues to use tigers in its so-called traditional medicines despite these bans.

Traditionally, tiger bone steeped wine is supposed to cure ailments like arthritis. The bones of wild tigers are particularly sought after, but it seems that people are willing to settle for bones taken from tigers bred in captivity, too. It’s estimated that there are anywhere between 5,000 and 6,000 tigers being held in captivity in China, even as their wild populations dwindle to dangerously low numbers.

To be clear, this isn’t a recent…

This might make you wonder, could tourists also be considered an invasive species?

By JEREMY COX The Daily Times of Salisbury 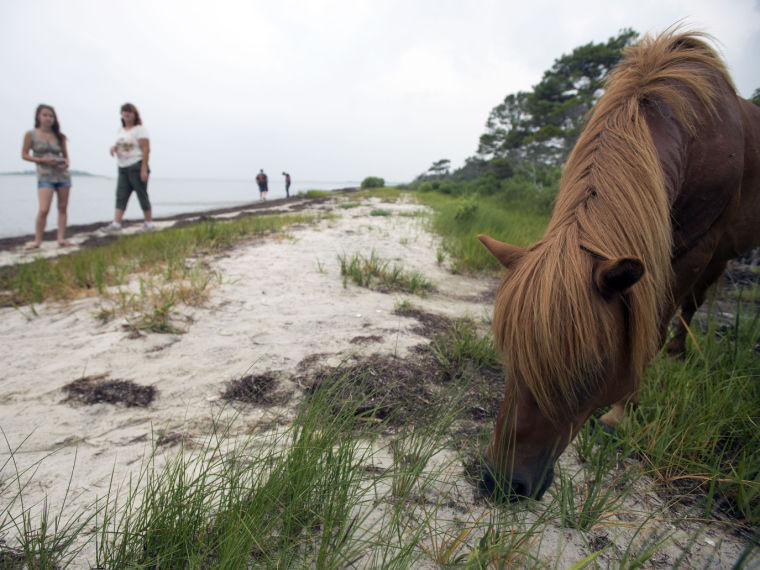 BERLIN (AP) — Technically speaking, horses are as foreign to the sands of Assateague Island as phragmites, the reedy marsh plant that covers hundreds of the barrier island’s acres.

The National Park Service accuses both invaders — calling them out on an agency website from among a host of invasive species on Assateague — of inflicting “significant impact” on native plants and animals.

For its ecological crimes, phragmites have been marked for eradication. Park managers remove them by hand or spray them from the skies with a potent weed-killer designed for aquatic pests.

By comparison, the feral horses are…

Worrisome figures in this infographic by The David Sheldrick Wildlife Trust and iWorry. 90% of Africa’s elephants have been killed in the past 74 years and the number of orphans they rescue keeps going up. Please SHARE this to raise awareness, and foster an orphaned elephant on the DSWT’s website at: http://www.sheldrickwildlifetrust.org/asp/fostering.asp

He should take his two brain cells and rub them together and see if he can start a fire!!!!

“The First Amendment gives people the right free speech, but I think racism is intolerable and not acceptable here,” Puyallup Tribal Council Vice President Lawrence W. LaPointe said. “We’ve been getting lots of complaints from the community and other organizations.”

“I don’t want to take away his right to say what he wants to say,” LaPointe clarified, “but we don’t need it here.”

The announcement came in the wake of the Coeur d’Alene Tribe’s decision to cancel Nugent’s Aug. 4 show at their casino in…

Saving a life is usually a selfless act of heroism, unless that life is an animal’s life — then it’s sometimes considered terrorism.

While ag-gag laws have been in the forefront of animal activism, the arrests and indictments of two animal activists puts the Animal Enterprise Terrorism Act (AETA) — an act where helping animals boils down to domestic terrorism — on the map again.

As reported in The Blaze, earlier this month, two concerned animal activists were federally indicted by a grand jury.

What was their heinous crime?

Allegedly setting 2,000 minks stuck in an Illinois fur farm free, in August 2013. In the eyes of the law, this act translates to conspiracy and interfering with animal enterprise. As the Los Angeles Times reports, the two California men in their late twenties are looking at five years in prison and a whopping $250,000… (NaturalNews) My food science research in the Natural News Forensic Food Labs has turned up yet another alarming discovery… and this time, it’s about pet treats that may be poisoning your dogs and cats with toxic heavy metals.

Over the last several months, I’ve been testing popular brands of pet treats sold by retailers like Amazon.com, and what I found is downright alarming:

• An astonishing 1.8 ppm of lead in Mundy Rawhide Gourmet Dog Treats made by a company called Cadet. The treats are made in China and labeled “NOT FOR HUMAN CONSUMPTION.”

• A startling 6 ppm of cadmium found in “Red Shrimp” reptile treats made by Zoo Med.

• A shocking level of…

Company: Thank you for taking the time to comment on this video. We would like to inform you that this was not a setup. This company has, and never will, create situations like this to promote videos. This happened on a normal hunt, where the group of hunters had the intention to kill the lioness as quickly as possible.  Hunters normally don’t have the desire to let their prey suffer, and I assure you the hunters in this group did not want to cause a charge deliberately. Thanks again for your input.

Anti: Unfortunately there are a lot of hunters that do enjoy to see their prey suffer. If you don’t believe me trying going over to the Facebook pages of some of the hunters and you will find out.

Company: I agree, and…