Warning: Some of the external links include images that many people may find upsetting.

The Scottish poet Robert Burns, who was passionate about freedom and respect for humankind, wrote, “Man’s Inhumanity to Man, makes countless thousands mourn”

Equally man’s inhumanity to the other animals with whom we share this world makes countless thousands mourn. Moreover the horrendous barbarity and abuse towards our fellow creatures never ceases to shock me and no doubt thousands of others as the internet exposes atrocities so appalling that our minds sometimes fail to believe what we are reading or seeing.

Did you know that in a town called Yulin in China, 10,000 to 15000 dogs are slaughtered every June as part of a summer solstice “festival?”

That’s right 15,000 dogs are slaughtered to celebrate the summer Solstice each year in this Chinese city. Residents of Yulin in Guangxi province consider the festival an ancient summer…

“BEND, ORE. — Three years into a state program to help counties contending with wolves, the focus has been on preventing attacks on livestock.

“I think the program was set up with the intention that prevention is the preferred model,” said Jason Barber, who oversees the grant program for the Oregon Department of Agriculture. “. Kind of a no-brainer, you’d want to prevent the depredation if you can.”

Depredation is when wolves attack livestock, such as cattle or sheep. Money from the wolf grant program helps pay for efforts such as removing cattle bones that could attract wolves, installing flagging along fence lines to spook wolves, and patrolling rangeland by horseback or on ATVs.

State-sponsored hunts helped lead to the elimination of wolves in Oregon, with the last bounty paid out in the late 1940s. But since the late 2000s, wolves… 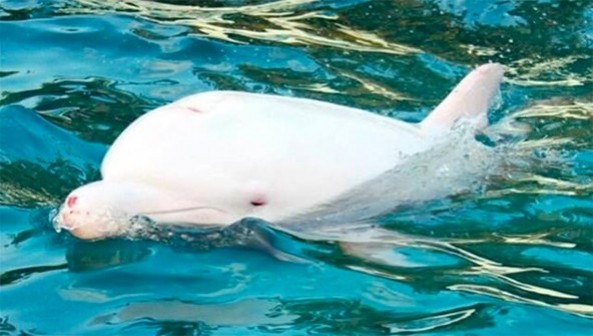 Ever since the Oscar-winning 2009 documentary The Cove horrified international audiences with blood-drenched images of the annual massacre of dolphins in the Japanese town of Taiji, animal-welfare advocates, celebrities, and even a high-profile U.S. diplomat have raised their voices in protest. Yet the killing continues. A recently filed lawsuit may ensure that opponents of the hunt, and the dolphins, will have their day in court.

Earlier this month, Australia for Dolphins, Earth Island Institute’s Dolphin Project, and Save Japan Dolphins “initiated legal proceedings on behalf of dolphins caught in the bloody drive hunts in Taiji,” a joint statement from the three groups said. The main focus of the unprecedented lawsuit is a rare albino bottlenose dolphin calf named Angel, who, according to the statement, is “kept in appallingly inadequate conditions.” 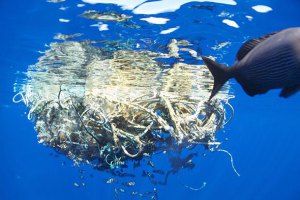 Estimates of the overall financial damage of plastics debris in the world’s oceans causing harm to marine ecosystems stands at $13 billion USD each year.

In the polar regions, scientists have recently found tiny pieces of plastic trapped in sea ice. Transported by ocean currents across great distances, these contaminated particles eventually become a source of chemicals in our food.

A large and unquantifiable amount of plastic waste enters the ocean from littering, poorly managed landfills, tourist activities and fisheries. Some of this material sinks to the ocean floor, while some floats and can travel over great distances on ocean currents—polluting shorelines and accumulating in massive mid-ocean gyres.

Communities of microbes have been discovered thriving on microplastics at multiple locations in the North Atlantic. This “plastisphere” can facilitate the transport of harmful microbes, pathogens and algal species. Microplastics have also been identified as a threat to larger organisms, such…

Neonicotinoid pesticides are causing significant damage to a wide range of beneficial species and are a key factor in the decline of bees, say scientists.

Researchers, who have carried out a four-year review of the literature, say the evidence of damage is now “conclusive”.

The scientists say the threat to nature is the same as that once posed by the notorious chemical DDT.

Manufacturers say the pesticides are not harming bees or other species.

Neonicotinoids were introduced in the early 1990s as a replacement for older, more damaging chemicals. They are a systemic insecticide, meaning that they are absorbed into every cell in a plant, making all parts poisonous to pests.

But some scientists have been concerned about their impact, almost since the moment they were introduced.

Much of the worry has surrounded their effects on bees.

There’s been a well documented, global…