This is Panchita, a Galapagos sea lion. Panchita was caught up in a net, which left deep cuts all over her body.

She managed to make it to this hotel where animal advocates nursed her back to health for 3 months.

Panchita, now pregnant and expecting her baby sea lion any day, goes out to sea every day and then returns to the hotel to rest.

The end of Canada’s annual baby seal slaughter is near. Over the last few years, all major markets have banned seal-fur imports, including the U.S., the European Union, Mexico, Taiwan, and even Russia, which had been importing 95 percent of Canadian seal pelts. There are no remaining markets for seal fur—the only reason the Canadian government continues to defend this dead industry is because political parties crave Newfoundland’s swing seats in Parliament. But as this editorial shows, even local sentiment is turning, and lack of markets has led Canadian officials to seriously examine whether the slaughter should end.

We’ve reached a tipping point. The time is now to urge Minister of Fisheries and Oceans Gail Shea, Minister of Foreign Affairs John Baird, and Minister of International Trade Ed Fast to help bring the commercial seal slaughter to an…

“So sorry for the lack of posts (the stories I’m posting are perhaps weeks old, but I started them so will finish them) as a result of illness, I’m just going to post the stories without all the categories etc. as I figure that’s better than nothing!  It’s all just a bit too much, so please bear with me!”

May 2012:  After reporting that Unilever was ahead of its own schedule to source 100% of its palm oil from sustainable sources by the end of 2012, I received this today:

Dear friends of the rainforest,   one thousand people on the Indonesian island of Borneo have lost their forest. It was illegally cleared by the corporate group IOI that supplies Nestlé, Unilever and Neste Oil with palm oil. All three companies publicly pride themselves for their so-called “sustainability”.   Our partner Nordin, head of the organization Save Our Borneo (SOB), has collected plenty of watertight evidence against the criminals. He is preparing to file a case and the local government is backing him. However, to prevent more damage elsewhere, the palm oil Mafia’s profit stream has to be cut off. This is where Nordin needs our support.   Please call on Nestlé, Unilever and Neste Oil to cancel their business…

Slaughter of dogs in Mostar City: several adult dogs were shot, 3 puppy litters lost their mothers, in one of the litters the puppies are only few days old. There are sixteen puppies left without their mother. Food is desperately needed and also homes for the puppies.

This killing is a violation of the Animal Welfare Law of BiH, just like all the other similar killings of dogs in Bosnia Herzegovina.

If you can help with donations please see the information below and mark for ‘Mostar puppies’. If you can offer a home, please contact us at info@awabosnia.org.

Yet another brutal dog murder in Bosnia Herzegovina
Another Dog Tortured by Wire in Bosnia
DOG TORTURED IN BOSNIA-HERZEGOVINA!
More than 40 killed dogs found in garbage dump
Poisoning…

Glyphosate (N-(phosphonomethyl)glycine) is a broad-spectrum systemic herbicide used to kill weeds, especially annual broadleaf weeds and grasses known to compete with commercial crops grown around the globe. It was discovered to be a herbicide by Monsanto chemist John E. Franz in 1970. Monsanto brought it to market in the 1970s under the trade name “Roundup”, and Monsanto’s last commercially relevant United States patent expired in 2000.

Glyphosate was quickly adopted by farmers, even more so when Monsanto introduced glyphosate-resistant crops, enabling farmers to kill weeds without killing their crops. In 2007 glyphosate was the most used herbicide in the United States agricultural sector.

With its heavy use in agriculture, weed resistance to glyphosate is a growing problem. While glyphosate and formulations such as Roundup have been approved by regulatory bodies worldwide and are widely used, concerns about their effects on humans and…

Sick and revolting!!!A Chinese woman has become the focus of an online hate campaign in China after she jokingly posted images of herself boiling a cat and using the remains to make soup. Li Jinbang’s uploaded the disturbing pictures of her killing her friend’s pet to Weibo, the Chinese version of Facebook. But she quickly began receiving hate mail and threats from fellow users, and before she could delete the post, the images went viral.

Authorities in China have considered making the practice of killing and eating cats illegal for many years.

The legislation would have seen large fines and jail sentences handed out to those caught cooking the animals.

But restaurants in certain parts of the country still serve it up as a delicacy. 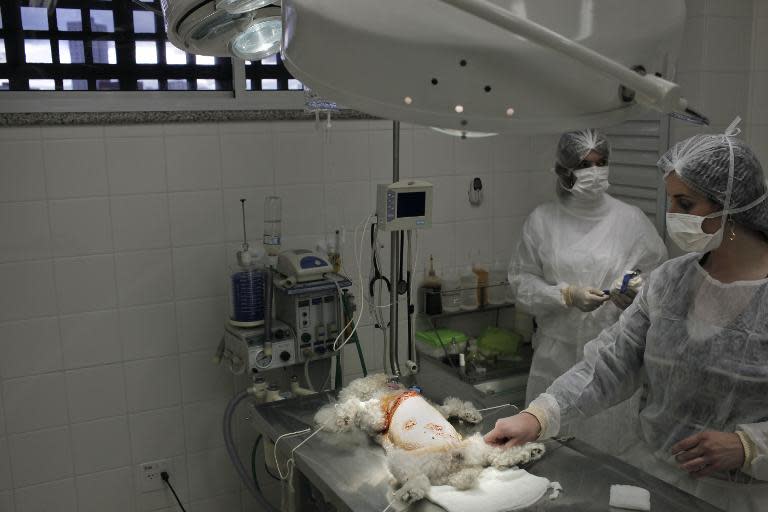 Lawmakers in Rio de Janeiro, where plastic surgery is all the rage, have approved draft legislation banning cosmetic surgery for dogs and cats, Brazilian media said Wednesday.  Conservative lawmaker Graca Pereira is behind the move to ban procedures such as tail docking — the cutting off of part of an animal’s tail — and removal of cat claws, as well as ear cropping for dogs.  Last July, Brazil’s national council of veterinary medicine published a resolution in its official journal urging such procedures be made illegal and that vets performing them be struck off the register.

Do you know who decides which animal / plant species are threatened, which are extinct? Know about it. We must know how it works!

The International Union for the Conservation of Nature (IUCN) is the world’s main authority on the conservation status of species. A series of Regional Red Lists are produced by countries or organizations, which assess the risk of extinction to species within a political management unit.

The IUCN Red List of Threatened Species (also known as the IUCN Red List or Red Data List), founded in 1964, is the world’s most comprehensive inventory of the global conservation status of biological species.

The IUCN Red List is set upon precise criteria to evaluate the extinction risk of thousands of species and subspecies. These criteria are relevant to all species and all regions of the world. The aim is to convey the urgency of conservation issues to…

So that’s why they stopped using human beings as motorcycle brakes.

This story includes a brief video animation, which, unfortunately, is in the wrong format to insert in this post.  If you follow the above link, you should be able to view it.

Astronomers have been watching and waiting since 2011 to see what will happen when an encroaching cloud of gas sweeps near the supermassive black hole at the center of our Milky Way galaxy. It was in 2011 that astronomers in Germany announced the cloud’s discovery and observed that it was accelerating fast towards our galaxy’s center. In April 2013, data showed that part of the gas cloud had already passed closest to the black hole and that the cloud was undergoing what astronomers sometimes call spaghettification – or the noodle effect. That is, they could see that the cloud was being stretched or elongated as it passed… 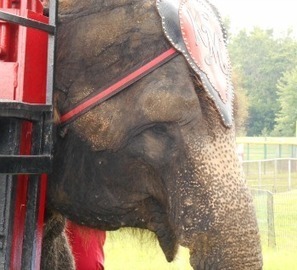 Earlier this year, Circus World in Baraboo, Wisconsin, confirmed that it intends to put on a cruel and antiquated elephant act during its 2014 season. Join PETA in urging the Circus World Museum Foundation’s board of directors to make the compassionate decision to end cruel elephant acts at Circus World!