Almost everybody agrees that exercise is essential for weight loss and weight maintenance. Research in humans overwhelmingly shows that a program of just 80 minutes of moderate aerobic exercise per week is all that is necessary to maintain a healthy weight on a sensible diet.

The evidence in dogs is less convincing. Dogs exercise more efficiently than humans and burn fewer calories at slow to moderate paces. To lose or maintain weight dogs need to exercise more intensely.

Walking must be at a pace of at least 15-16 minute miles. Experiments in dogs have confirmed that such a pace is necessary to burn any significant amount of calories. This pace requires that the dog pants and the owner sweats, otherwise the exercise burns few calories.

Exercise intensity can be added to walking by climbing hills or stairs. Any elevation greater than horizontal increases the effort against gravity and will…

The Washington Department of Fish and Wildlife has placed collars equipped with GPS on some endangered gray wolves.  This gives wildlife officials the ability to track the location of the collared wolves.  They recently used this capability to locate a female wolf known to have been in the company of a male domesticated dog who had climbed his property’s fence and escaped.  Officials used a helicopter to chase and shoot the female with a tranquilizer.  Finding the wolf pregnant, officials captured her, killed all the unborn puppies, spayed her so she can never breed again and re-released her.  Their reasoning:

“Our goal is restoration of a native wolf population, not producing a generation of hybrids we’d have to take care of in another way later,” said Donny Martorello, the Fish and Wildlife Department’s carnivore manager in Olympia.

LET EVERYONE WHO HAS A WIFE/GIRLFRIEND/ DAUGHTER/ FRIENDS AND COLLEAGUES KNOW, PLEASE!

Bottled water in your car is very dangerous!
Some personalities who have battle with breast cancer associate bottled water with their medical condition. It has been identified as a common cause
of the high levels of dioxin in breast cancer tissue.

Some oncologists may recommend that women should not drink bottled
water that has been left in a car. The heat reacts with the chemicals
in the plastic of the bottle which releases dioxin into the water.
Dioxin is a toxin increasingly found in breast cancer tissue.

Please
be careful and do not drink bottled water that has been left in a car. 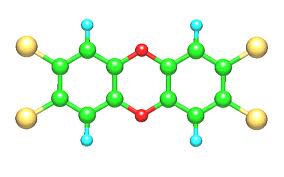 Pass this on to all the women in your life.

This information is the kind
we need to know that just might save us! Use a stainless steel canteen
or a glass… 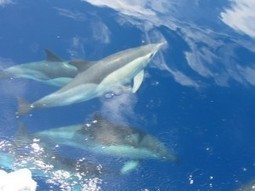 Hundreds of whales and dolphins are brutally murdered each year in the Faroe Islands, mostly for tradition. Sign the petition to demand an end to this inhumane practice.

March 16th, 2014 (Sharon Wootton). Connecting the dots between bowhead whale songs and the songs of songbirds is a stretch, but there is one area in which they are linked.

Oceanographer Kate Stafford of the University of Washington’s Applied Physics Laboratory, is researching the sounds of bowhead whales in Fram Strait off the coast of Greenland.

The research project started in the winter of 2008-09.

“The Fram Strait population was at one time the largest in the world but (because of commercial whaling) is now critically endangered, thought to number in the 10s of animals,” Stafford said.

Two hydrophones were placed on moorings used by the Norwegian Polar Institute and the Alfred Wegener Institute of Germany.

As so often in research, what one might expect is often different from the result.

“We thought we’d get a few grunts, but we heard nearly constant singing throughout the winter.”

~~Full Moon Names and Their Meanings~~

Full Moon names date back to Native Americans, of what is now the northern and eastern United States. The tribes kept track of the seasons by giving distinctive names to each recurring full Moon. Their names were applied to the entire month in which each occurred. There was some variation in the Moon names, but in general, the same ones were current throughout the Algonquin tribes from New England to Lake Superior.

European settlers followed that custom and created some of their own names. Since the lunar month is only 29 days long on the average…

March 14th, 2014 (Ariel Wittenberg). A United States District Court Judge has allowed Cape Wind to keep its federal offshore wind lease in his ruling on a lawsuit filed by the Alliance to Protect Nantucket Sound.

Judge Reggie B. Walton upheld the 10-year long permitting process, rejecting the Alliance’s request to vacate the lease granted by the Department of the Interior.

In a lawsuit with numerous claims, Walton did rule in favor of the Alliance on a few counts, ordering the Fish and Wildlife Service and the National Marine Fisheries Service to revisit the impacts Cape Wind’s 130 offshore turbines would have on migrating birds and right whales.

He ordered the Marine Fisheries Service to provide the court with an estimate of potential whale incidents and asked the Fish and Wildlife Service to confirm that its decisions were made independently of other influences.

Both Cape Wind and the Alliance…

Blue whales and dolphins spending summers off the coast of southern Chile will be shielded by a new marine protected area (MPA), the largest ever established in the South American nation.

March 14th, 2014 (James A. Foley). Blue whales and dolphins spending summers off the coast of southern Chile will be shielded by a new marine protected area (MPA), the largest ever established in the South American nation.

The Chilean government recently announced the approval for the Tic-Toc MPA, a 90,000 hectare reserve along the country’s southern coast. The MPA encompasses one of the most biodiverse areas of the Chilean coast, and its establishment will increase Chile’s protected sea surface by 100 percent.

The announcement of the MPA is the culmination of nearly 15 years of work, which was involved in the effort to create the reserve.

Helping Rhinos and Fight for Rhinos have teamed up with SANParks (South African National Parks)  in Kruger National Park.

To save the rhino, it is imperative to focus on Kruger, which unfortunately has become the epicenter to the war on poaching. By teaming up with SANParks, we will support their anti-poaching efforts.

n 2013 SANParks launched their Ring-Fenced Rhino Account, meaning that all donations made in aid of rhinos will go directly to cause.

All the fundraising we carry out in the name of SANParks will go directly to their Ring-fenced rhino account, so you can be sure that you are contributing directly to the protection of the largest population of rhinos left in the world today.

Meeting with Richard Benyon (centre), the…

The National Security Agency has the ability to covertly hack into computers on a mass scale by using automated systems, according to newly released, top-secret documents from former government contractor Edward Snowden. The NSA has been using a program code-named Turbine to contaminate computers and networks with malware “implants” capable of spying on users. The documents also say that the NSA pretended to be Facebook to install its malware. Facebook co-founder Mark Zuckerberg shared harsh words for United States President Barack Obama on Thursday amid ongoing complaints from the tech community about the administration’s role with regards to the internet. RT’s Gayane Chichakyan takes a look at Zuckerburg’s and the NSA’s reactions to the leaked documents.